16 May 2016
43
Ceremonies in memory of the fighters of the Russian Expeditionary Corps were held on Sunday in several cities in France, reports TASS. 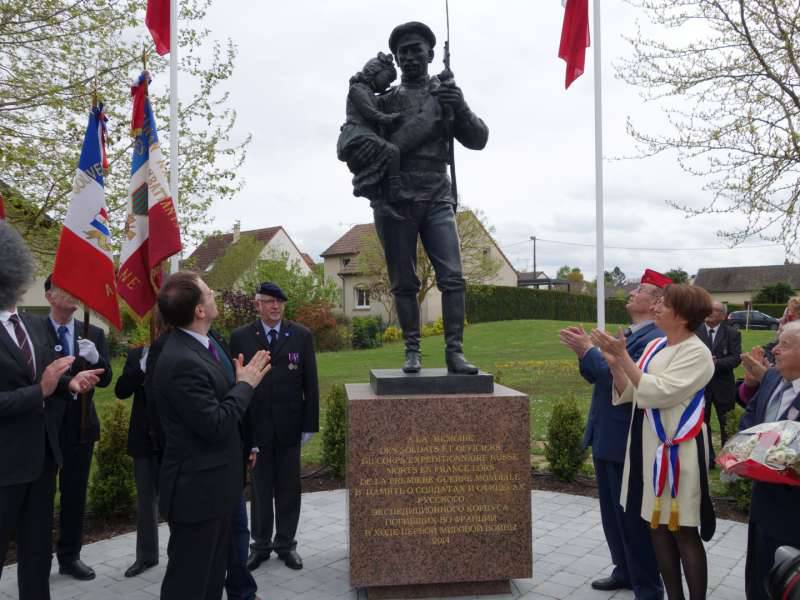 We are talking about a contingent of the Russian army, sent by the king in 1916 g to assist France in the First World War.

In the city of Kursi, municipal leaders and the Russian ambassador laid flowers at the monument to Russian soldiers a year ago. “Our duty is to preserve forever the memory of this page of our common stories"- said at the ceremony, the mayor of the city, Martin Jolly.

This is the second monument to the body in France. The first was solemnly opened at 2011 in Paris.

On the same day, the laying of flowers took place at the military cemetery in Saint-Hilaire-Le-Grand, where Russian defenders of the republic are buried.

Earlier, tribute to the soldiers of the corps was given in Marseilles - “a memorial plaque was solemnly opened there, reminiscent of the avant-garde of the Russian Expeditionary Corps arriving in 100 years ago,” the agency said.

“Russia assisted the allies from the very beginning of the First World War,” said Alexander Bobrikov, director of the Paris Museum of Life Guards of the Cossack regiment, in a conversation with a TASS correspondent. - In September, 1914, Paris was saved largely due to the decisive actions of the Russian imperial army on its front. The German General Staff had to urgently transfer two army corps to the east. As a result, the German ring on Marne opened. "

"The Russian brigades played an important role in the offensive operations that unfolded in the Champagne-Ardennes region in the spring of 1917. Only in the one April operation, the corps lost more than 4,5 thousand soldiers," he recalled.

After the revolution in Russia, “the corps was disbanded, but hundreds of volunteers continued their service in the allied forces, with their valor they deserved the title of the Legion of Honor,” the historian said.

Ctrl Enter
Noticed oshЫbku Highlight text and press. Ctrl + Enter
We are
In the French province opened a monument to the Russian Expeditionary ForceThe action “Military service under the contract is your choice!” In Rostov-on-Don: future contract servicemen, exhibitions and “Russian Knights”
Military Reviewin Yandex News
Military Reviewin Google News
43 comments
Information
Dear reader, to leave comments on the publication, you must sign in.