Can the Belarusian defense industry replace Russian enterprises in Russia? 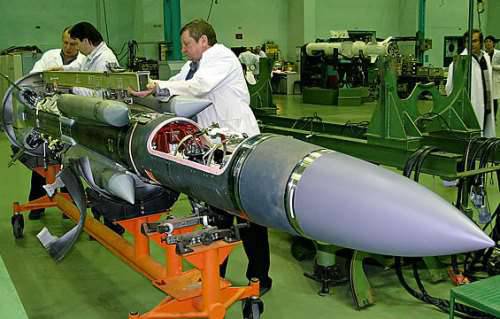 After the collapse of the USSR in Ukraine, a large number of enterprises of the military-industrial complex remained that had close ties with the Russian defense industry. In particular, Kiev got almost a third of the factories and design bureaus of rocket and aviation industries of the former Union. Currently, in sovereign Ukraine, these enterprises are part of the Ukroboronprom state concern.

Cooperation between the Russian and Ukrainian military industrial complex was maintained in the post-Soviet period. However, after Moscow recognized the territory of the Crimean Peninsula as an integral part of Russia, Ukroboronprom announced that it had ceased all deliveries of military products to the Russian Federation. President of Ukraine Petro Poroshenko even signed a corresponding decree introducing a decision of the National Security and Defense Council, in which the cabinet of ministers was charged with taking measures to stop the export of military goods and dual use to a neighboring country.

Many experts immediately pointed out that mutual damage would amount to hundreds of millions of dollars. So, only the volume of exports of Ukrainian goods for the needs of the Russian military industrial complex before the events described above exceeded 1 billion dollars a year, and the total portfolio of Russian civilian and military orders placed on Ukrainian enterprises was 15 billion US dollars or 8,2% of Ukraine's GDP.

Of course, the sudden cessation of deliveries of equipment and components of more than a billion dollars is unacceptable luxury and enormous damage, especially in a tense military and political situation in the region and the world as a whole. Therefore, for the Russian side, the question of import substitution of Ukrainian products, whose relevance has not disappeared to this day, has become very acute.

Despite the power of the enterprises of the Russian military industrial complex, it is simply impossible to completely replace the products supplied from Ukraine in the shortest possible time - a significant amount of money is needed, and most importantly, time. In this regard, it would be logical for enterprises of the Russian defense industry to draw attention to their allies, partners in the CIS and the CSTO, for example, Belarus, which, by the way, repeatedly offered its helping hand to Moscow.

It's no secret that in Belarus there remained a number of high-tech defense enterprises, which, although they did not produce ready-made weapons, but produced a huge number of components for various equipment and models. weapons. In addition, Belarusians, unlike our other partners, were able to keep the production school, traditions, design offices, specialists, and most importantly, sales markets appeared - the products of the Belarusian defense industry are highly valued in many countries of the world. The main incentive for this is a well-thought-out pricing policy, which provides Belarusian enterprises with partnership contracts with many countries. These include not only the countries of the former USSR, but also the Middle East, Central and Central Asia, South America and Africa. The queue for the Belarusian technologies are, including the United Arab Emirates, which are known for their selectivity in the procurement of military equipment.

So why do we spend billions, but do not take full advantage of opportunities to minimize the damage from the break with Ukraine?

Among the flagships of the Belarusian defense-industrial complex with which they do not hesitate to cooperate in the world can be attributed, for example, Minsk "Peleng", "Integral", "Belspetsvneshtehnika", "BelOMO". These enterprises can easily replace the units produced at Cherkasy “Photodevice”, Kiev “Arsenal” and Lviv “Lorte”.

It will take an unreasonably large amount of resources, time and the fact that everything will go as planned, to create similar production capacities in Russia. In the current situation, when our state is drawn into the struggle for the status of world leader, this is sorely lacking.

In addition, the list of products manufactured by Belarusian enterprises of the military-industrial complex should also include the most modern radars, electronic intelligence and combat tools, the quality and reliability of which have been repeatedly confirmed, including in combat conditions. By the way, it was the Belarusian radar and EW system that allowed Iran in 2011 to seize control and land the newest American intelligence drone Lockheed Martin RQ-170 Sentinel ("Sentinel") on its own airfield. The Russian army, which is interesting, even as of the middle of 2012, did not have the technical means to accomplish such a task.

However, radar and electronic warfare are only the tip of the iceberg. For the military industrial complex of the Russian Federation, the production of Motor Sich, a Zaporizhia-based enterprise, is a separate and most painful point in terms of import substitution. Ukrainian corporation supplied helicopter, aircraft and rocket engines to Russia.
In this regard, it is important to note the fact that in the year 2014, as part of the import substitution program at the Russian OAO Klimov, the development of its own production of the TVZ-117 family of helicopters from all Russian components began. However, the planned capacity of the enterprise did not work. And again, you can safely turn your eyes to the neighboring country. Orsha Aircraft Repair Plant, which, in addition to repairing helicopters, starting with 2014, started producing engines for cruise missiles by 2020, will produce helicopter engines, which are so necessary for us.

For Russia, cooperation with this enterprise looks the most effective and expedient. Indeed, while the production of engines in Omsk will be adjusted, the Orshansky aircraft repair plant will already be able to supply them for the needs of the VKS in the required quantity.

Thus, almost all Ukrainian exports, which Russia lost in 2014, can already be found in Belarus. This kind of cooperation will no doubt benefit both parties. Moreover, the Belarusians have never failed the Russian side in the matter of supplying components for the Russian armed forces, and, if necessary, Russia has always had a means of influence on Belarus.

Of course, Minsk and Moscow closely cooperate in the military-industrial complex, they have a number of agreements. However, at the hearing there is not a single major Russian contract with Belarus. Moscow, to the detriment of itself, simply ignores any attempt at cooperation, which at the moment would have been very helpful. Instead of the offered finished products from a country fairly close to us, Russia is in a hurry starting to create its expensive “bicycle”, and as the Russian proverb says: it will not be born soon.

Ctrl Enter
Noticed oshЫbku Highlight text and press. Ctrl + Enter
We are
List of destroyed the largest and most high-tech enterprisesUkrainian defense industry in anticipation of the "big driban"
Military Reviewin Yandex News
Military Reviewin Google News
177 comments
Information
Dear reader, to leave comments on the publication, you must sign in.