Because they lost! To the reaction of Svidomo on Victory Day

18 May 2016
94
Why, year after year, svidomye Ukrainians mourn on Victory Day and aggressively react to the celebrations in honor of this holiday? Why so much hatred and malice?

The answer is simple.

First, the losing party, on which there were iodine deficiency Bandera, the ancestors of the current "Ukrainian patriots", by definition, cannot rejoice. They lost, and this is really a reason for grief, bile and anger.

Secondly, severe heredity and lack of education form an alternative picture of the world in the heads of particularly upset representatives of Ukrainians, which undoubtedly affects their perception of the surrounding reality. 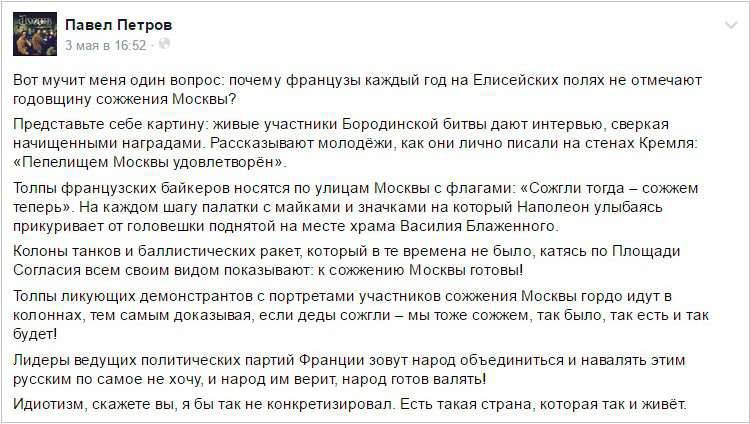 As for the winners, the beginning of May for them is the time when they recall the great liberation of Europe from the fascist plague. This thesis, by the way, is perfectly confirmed by a parade in the sweet heart of every labor-Ukraine of France, which "does not celebrate the burning of Moscow."

Separately, it is worth mentioning those who died in the Great Patriotic War, about whom they allegedly do not remember in Russia. 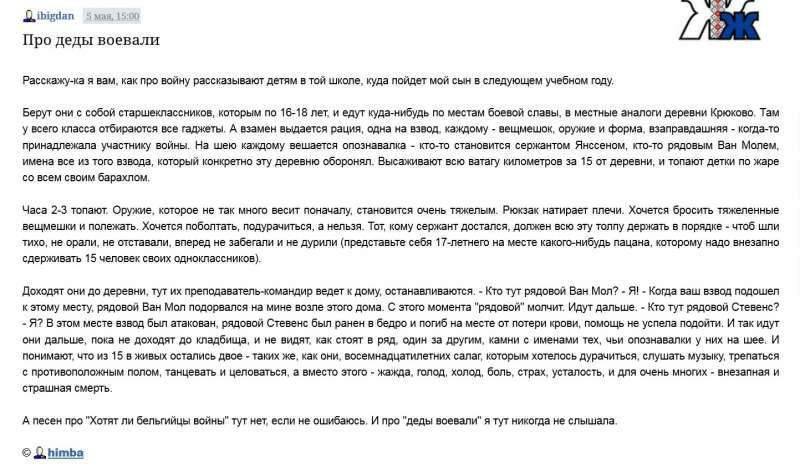 In our country for this there is a special date - 22 June. It is on this day every year the whole country mourns the millions of Soviet citizens who gave their lives in the fight against fascism, in the struggle to ensure that the terrible war will never happen again.

In this regard, the reproaches of the militancy of the Russians look very strange. Of course, if necessary, Russia will give an adequate and proportionate threat response, but in this case the point is banal ignorance of the lyrics. I think it makes sense to remind: