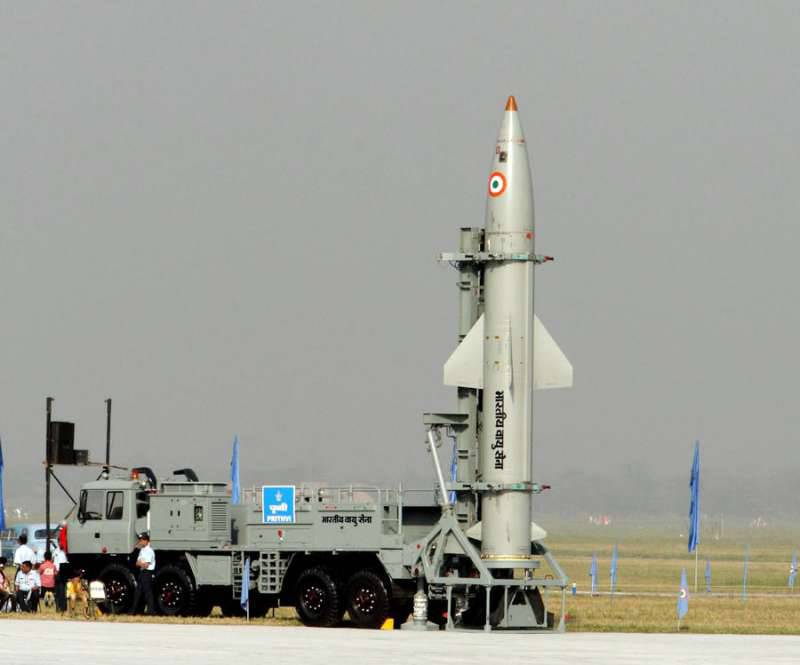 According to the agency, referring to the military, "the medium-range missile Prithvi-II was launched from a mobile launcher at the Chandipur range in the state of Odish."

It is noted that the "ground-to-ground" rocket is capable of carrying a combat charge weighing from 500 kilograms to one ton. "

Earlier successful launches of these missiles were held in November last year and February of this.

According to the information, “the range of Prithvi-II is 350 kilometers, the weight is 4,6 tons, its developer is the Indian Defense Research and Development Organization (DRDO)”.