16 May 2016
42
The largest Western media bypassed the topic of the fight against corruption. The reason for the new publications, telling with sadness about the impossibility of eradicating bribery and other manifestations of “red tape”, was not only the anti-corruption summit organized by David Cameron. The IMF published a report where it was written in black and white about the dangers of corruption for the economy. However, the world press does not believe in the "eradication" of corruption. By the way, this is not about Russian affairs, but about Western ones. Great Britain and the United States are even named in one article as “fabulously corrupt” countries. 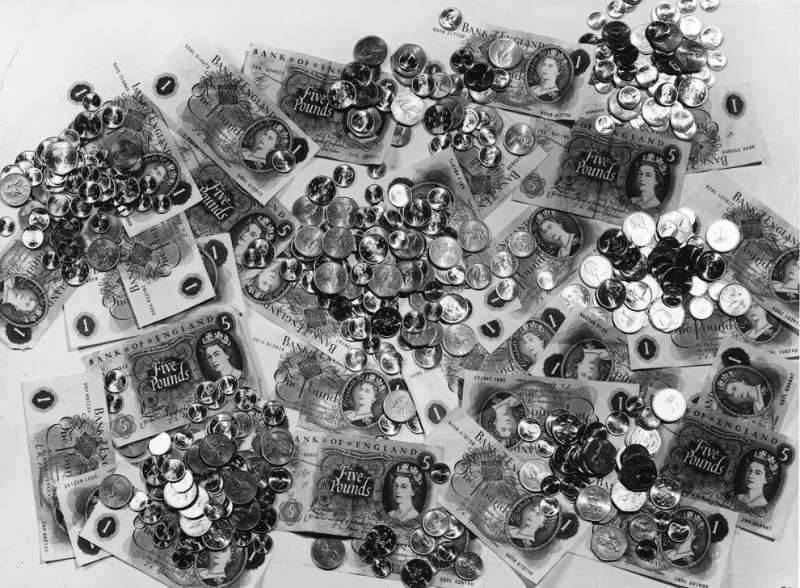 Anne Applebaum blogging Washington Post told a little about the farmer of the modern era - Mr. Luzhkov, who had previously successfully worked as mayor of Moscow (Yuri Luzhkov, the former mayor of Moscow).

In the village of Bramley in Hampshire (Bramley, Hampshire), one English manor, where the park is preserved, where old trees are growing, is now being overhauled, the author writes.

Locals called the journalist a “surprising name” of a new neighbor: it turns out that it is Yury Luzhkov, the former mayor of Moscow.

Did Yuri and his wife Elena Baturina (Elena Baturina, “the only billionaire woman in Russia”) decide to discover the delights of English rural life?

Anne Applebaum found data on the estate in the British Land Registry. The purchase price is £ 5,5 million ($ 7,9 million). However, the Russian names in the inventory does not appear. The owner is Skymist Holdings Limited, and the same company is engaged in a large-scale reconstruction of the estate. Skymist is registered in the British Virgin Islands and, according to local laws, the name of the property owner may be hidden.

But the other day, British Prime Minister David Cameron assured the queen that the “fabulously” corrupt countries are Nigeria and Afghanistan. And it's funny that just the leaders of these states came to the summit on the fight against corruption, held in London.

Curiously, the president of Nigeria said Cameron "speaks the truth." “Bukhari was too polite,” the journalist writes sarcastically, “to make an obvious objection: if we really want to list the“ fabulously corrupt ”countries, we should start this list with Great Britain and the United States.”

No, of course, “corruption” in London does not have the same form as in Abuja or Kabul. Daily life in the UK is somewhat different: there is no need to pay bribes directly, and the judicial system is justly admirable. However, over the past few decades, accountants and lawyers registered in London “have helped launder billions of dollars stolen through the British Virgin Islands.” Yes, and through other British overseas territories, too.

The British real estate market, roughly the same as the real estate market in New York, "has long been functioning as an old-fashioned Swiss bank, providing safe real estate investments for owners who want to hide their identity and their sources of income." Several US states (Delaware is best known for this, New Mexico, Nevada and Wyoming) also made it possible to register companies for anonymous owners. These companies can then do business or buy property, including in Hampshire.

And even the British Prime Minister Cameron plunged into a scandal: the recent discharge of Panamanian documents affected him personally, because the papers mentioned information about the management of an offshore investment fund by his late father.

It is easy to pretend that corruption exists “somewhere in Moscow or Almaty”, the journalist sneers, when it can be explained by the “moral weakness of Russians and Kazakhs”, and not by Western traditions.

The world would be safer and richer, thinks Applebaum, when money laundering would be put a barrier. And the West, criticizing the Russians, should recognize that it has problems in this area. Solving the problem begins with its recognition!

The anti-corruption summit, hosted by British Prime Minister David Cameron, coincided with the publication of a report by the International Monetary Fund explaining, What is good and what is bad why corruption is harmful to the economy, as well as offering ways to "eradicate" it.

However, neither these recommendations, nor those that were expressed at the forum in London, will solve the problem. They will decide neither in developing countries nor in London. At the summit, much was said about international efforts to recover stolen wealth and transparency in general. Cameron hopes to change the reputation of London, a famous refuge for corrupt officials. The prime minister wishes that from now on all foreign companies owning real estate in the United Kingdom declare their assets through the state register.

Mr. Bershidsky doubts that there could be any benefit from this innovation. Indeed, in most cases, such statements contain nothing but a list of property in London and instructions of the beneficial owners. Their names will either not say anything, or they will lead to people who are doing quite a legal business.

It is very difficult to take measures to return assets: to start such a procedure, “owners must be condemned”. And how to achieve this in corrupt countries? The author recalls that in such countries, the courts are "among the most rotten institutions."

And what did the new IMF say?

His recommendations are based on transparency, strengthening the rule of law, creating appropriate institutions, changing social norms in corrupt societies. All of this is well known without the IMF, and these “corrupt regimes” mock these recommendations with the sneer. For example, a transparent electronic public procurement system has been introduced in Russia. It “would be the envy of many countries if the“ right ”companies did not win all the tenders.”

In Ukraine, as many as three departments are fighting with bribery: the National Anti-Corruption Bureau, the National Agency for the Prevention of Corruption, the Specialized Anti-Corruption Prosecutor's Office. And what's the point? Ukraine is so corrupt that the IMF does not even give it the last tranche of monetary assistance.

Economist Hernando De Soto considers excessive bureaucracy to be the main cause of corruption in developing countries. In the post-Soviet states (some of them are the most corrupt in the world), the bureaucracy was mainly inherited from past eras. In these countries, corruption is “the traditional part of the social fabric and the pillar of the regime.” Therefore, the only way to defeat it is to take the reins from the bureaucrats.

Eradicating corruption in those countries where it has become a “way of life” is hardly possible according to the rules proposed by the IMF or someone else. The recommendations of law-abiding Western societies are not suitable for post-communist states and are hardly suitable for many states in Africa and Asia.

According to the IMF, the analyst reminds that corruption costs the world $ 1,5 trillion. up to $ 2 trillion per year, that is, in 2% of world production. Corruption deprives taxpayers of the incentive to share their income with governments, increases costs, undermines the quality of government spending, stifles private investment, etc., etc.

It is funny to see Cameron trying to whitewash his reputation tainted by offshore scandal, and for the sake of it he is convening a "summit" and promises to lead a "struggle" with the ciphered London property owners. At the same time, emphasis is placed on the “fabulously” corrupt countries - Nigeria and Afghanistan. They say that you cannot put Britain next to them! However, the famous journalist Anne Appbaum only laughs at this: after all, in fact, the list of “fabulously corrupt” countries should start with the United Kingdom and the United States.

Recall, in 2013, the European Union anti-corruption agency “OLAF” in its study indicatedthat the EU states annually lose from corruption 323 billion euros. This amount equals almost a third of the seven-year budget proposed by the EU for 2014-2020 years.

Here it is, a fairy tale for corrupt officials.