Political speculation and escalation of Russophobia 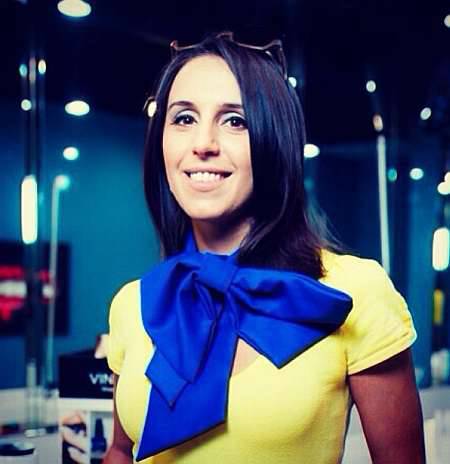 A few years ago, being in the Crimea, I had a chance to go to the Alushta Local History Museum. There is an exhibition dedicated to the Great Patriotic War. Guerrillas and underground fighters killed by fascists look at visitors from photos. Some died in battle, others were brutally tortured in the dungeons of the Gestapo, subjected to terrible torture. Among the dead are girls. There are representatives of the most peaceful professions in this mournful gallery - doctors and nurses.


In all cities that survived the Nazi occupation, there is a martyrch of those who fought against fascism in the underground. But in Alushta history museum of local lore, I remember an important detail - many of the dead partisans and underground fighters were betrayed by traitors - the Crimean Tatars. Unfortunately, this is true, which I, as an internationalist, painfully think about.

But the fact remains that Stalin’s most difficult decision to deport the Crimean Tatars was not made from scratch. And the episodes with the betrayal of the Alushta partisans are only a small part of the crimes committed by those who went over to the side of an external enemy.

At the beginning of 1942, Hitler specifically allowed the Crimean Tatars to serve in his army. In only one small Alushta, an 728 man entered the service in the Wehrmacht. In total, in the Crimea, by the end of 1942, eight Crimean Tatar punitive battalions were formed. The occupation authorities gave the Crimean Tatars considerable privileges: they were forbidden to rob, they were paid for food at the market price (the rest were simply taken away, their arms would reach out). Such conditions could not be provided just like this: it is a reward for active cooperation.

The beautiful faces of the devotees and the murdered Alushta partisans involuntarily remembered me in connection with the excitement around the mournful song "1944". By the way, sung at Eurovision, by chance or not, almost immediately after the 71 anniversary of the Great Victory.

Of course, hurriedly pulled out by the Ukrainian propaganda, the songwriter Jamal will not recall either the fight against fascism, or the people killed because of the treachery. From the very beginning, the goal was different - once again to defame the country that crushed the brown plague of the twentieth century.

“My world was taken from me. I did not have a Fatherland, ”the singer screamed, squeezing a tear from compassionate Europeans. How can you not show sympathy for the tragedy of the unfortunate small people? But then, in the 1944 year, there was a terrible force that took both the world and the Fatherland from almost all European nations. Do not count those whose loved ones were shot, tortured, whose houses were bombed and burned, who were forced to leave their dreams and go to war, so that, perhaps, forever remain on the battlefields.

But there are words in the scandalous song that are somehow not tied to history Crimean Tatars evictions: “When strangers come, they come to your house, they kill you all and say:“ We are not guilty, not guilty ”.

First, the Crimean Tatars were not killed, but resettled. Yes, tough and even maybe cruel. However, the families of those who really fought with the occupiers were freed from this fate. But who now, after a pitiful song, will remember this? But the words "They kill you all" - obviously can not be true in this case.

And did the Soviet troops, who had just liberated the Crimea, could say something like: “We are not guilty”? In no case. On the contrary, it was the Soviet government who accused the Crimean Tatars in collaboration with the fascists. And law enforcement officers, who carried out the most difficult decision of the Soviet leadership, could not say "We are innocent." They had no reason to make excuses.

So, are the words in this song simply “far-fetched”? Or is it a deliberate political provocation, when they allegedly sing about one event, but in fact it is a completely different matter?

As you know, today the Ukrainian junta accuses Russia of “aggression” and “annexation”. Russia is in a position when it has to make excuses. Maydan same regime, with the support of the West continues to commit crimes against civilians in Donbass. And not only the Donbass - in Ukraine after the Maidan coup a real tyranny reigns, suppressing any disagreement.

The strained victory of this song creates the ground for new political speculations. Next year, 2017, Ukraine should adopt Eurovision. Kiev already declares that it wants to do this ... in Sevastopol. This is an absolutely inadequate and unrealistic dream, which, however, can warm up Russophobia in Ukraine (it is unlikely to provoke a real war, but calls for “liberation” of Crimea will intensify).

As a possible venue for "Eurovision" talk about Odessa. True, they prefer to “forget” about the fact that it will be dancing on the ashes of people burned by 2 in May 2014. And this tragedy is unlikely ever to be sung at Eurovision.

There is one more thing. When hosting Eurovision, Ukraine is obliged to accept an artist who will represent Russia. But what if the junta made a “black list” of Russian artists who dared to declare disagreement with it one way or another? Kiev has already hurried to put forward a condition: it must be a person who condemns the "occupation" of the Crimea and supports the so-called "ATO" in the Donbas. Does this condition fit in with Eurovision, which should be out of politics?

It should be ... But after the victory of Jamala, the non-political nature of the competition is already a huge question. Even the declared theme of her song is already connected with politics. Not to mention the subtext, which altogether turns “Eurovision” into a biased political show after the persecution of the country - the winners of fascism.

Now every nation, in theory, should have the right to sing about their sufferings. For example, there is something to sing to the Serbs, who were expelled by NATO from a sacred, historical region - Kosovo and Metohija. Indeed, everything is like in the song of Jamala: they came to someone else’s house, saying: “We are not guilty.”

There is something to sing and artists of Russia. For example, about the sufferings of residents of Donbas cities shelled: Donetsk, Gorlovka, Shakhtersk, Debaltseve, Lugansk and many others ... Or about people burned alive in Odessa. It is enough to veil the words a little - and the organizers should have no reason to find fault: they allowed Jamal ... But, of course, there are reasons: Europe has long been famous for its double standards.

One thing is clear: now, because of the Ukrainian political speculation supported by the West, a competition designed to unite peoples can become a pretext for the escalation of Russophobia, and therefore a new hostility between peoples. 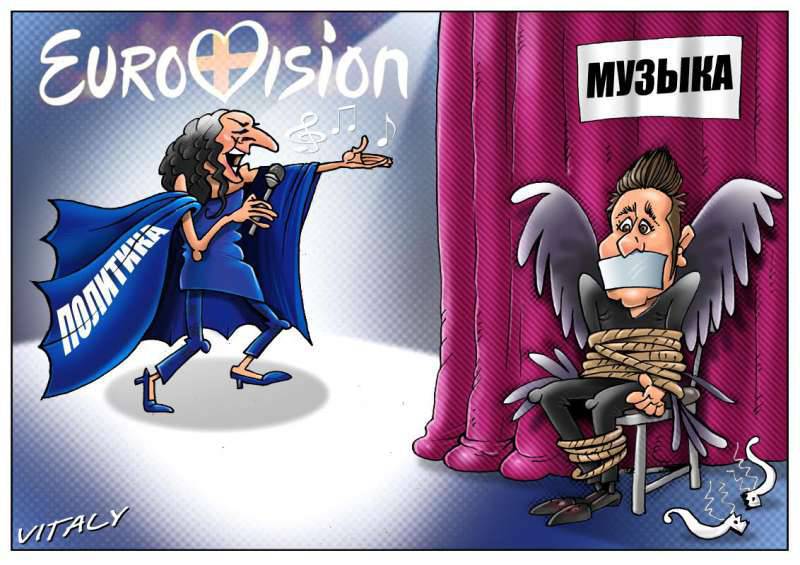 Ctrl Enter
Noticed oshЫbku Highlight text and press. Ctrl + Enter
We are
About how the "dogs" destroyed the Museum of Local Lore, and the "terrorists" restored itRussia, Turkey and the "Crimean Question"
Military Reviewin Yandex News
Military Reviewin Google News
198 comments
Information
Dear reader, to leave comments on the publication, you must sign in.