15 May 2016
145
Petro Poroshenko said on Twitter that Ukraine managed to stop "the largest army on the continent," and even "to liberate Donbass 2 / 3", reports RIA News. 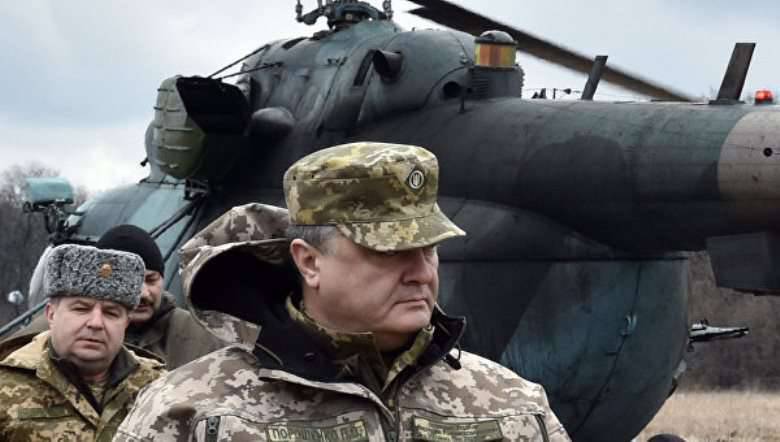 "We stopped the largest army on the continent, rebuilt the APU, liberated Donbass 2 / 3 and created a powerful coalition in the world",
declared the president.

He was answered by the head of the State Duma Committee, Alexei Pushkov: “Poroshenko in the world of dreams:“ We stopped the most powerful army on the continent .. ”In the absence of at least one success, he comes up with bedtime stories.”

Earlier, Foreign Ministry spokeswoman Maria Zakharova commented on Facebook on Poroshenko’s statement on the creation by Kiev of “one of the most powerful armies on the continent”.

She wrote: “One question: on what continent, according to Poroshenko, is Ukraine located? Apparently, the experience of amnesia affects. "

Ctrl Enter
Noticed oshЫbku Highlight text and press. Ctrl + Enter
We are
Weekly summary (30 January-5 February) on the military and social situation in the DPR from the military officer "Mag"Maria Zakharova commented on Obama’s confession about US involvement in the coup in Ukraine: “The raven has croaked its entire throat ...”
Military Reviewin Yandex News
Military Reviewin Google News
145 comments
Information
Dear reader, to leave comments on the publication, you must sign in.