The London elite is struggling not so much with corruption, as for its financial legitimacy

16 May 2016
23
During the week there were two events related to each other by a common theme. In London, British Prime Minister David Cameron held a global anti-corruption summit, bringing together leaders and government representatives from 43 countries around the world. In Washington, the managing director of the International Monetary Fund, Christine Lagarde, issued a report that attended to bribery and corruption in the world. According to Lagarde, they cost the world’s economy two trillion dollars annually and result in a loss of two percent of global GDP. 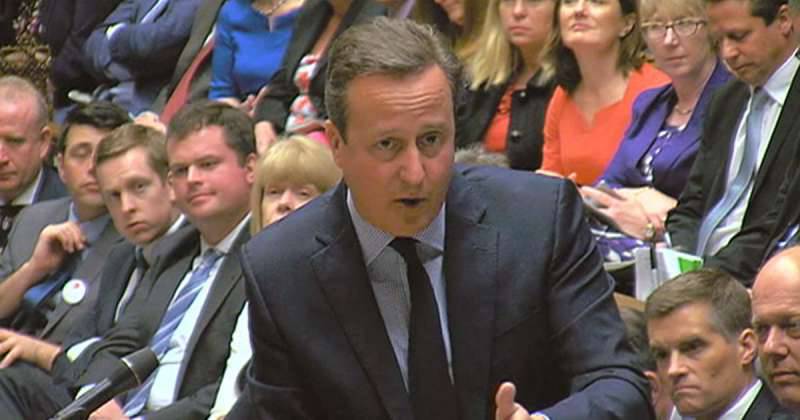 Morality and decency to go ...

In addition to summarizing figures, the IMF report is not without emotional rhetoric. “Corruption undermines the credibility of the government and destroys the ethical standards of individuals,” Lagarde said in Washington. In her opinion, investors are looking for countries with a high level of decency of government officials, because they want to get guarantees that they will not have to pay bribes all the time.

It’s funny that the head of the IMF didn’t justify itself from the suspicions of corruption that she was shown at home in France when Lagard was the finance minister. History this old one She has been drawn since the nineties, when the famous entrepreneur and friend of the ex-president of France, Nicolas Sarkozy - Bernard Tapi - bargained for his government compensation in the amount of 400 million euros. The payment was made with the help of Christine Lagarde, who is now suspected of "criminal negligence." According to observers, for this service, Tapi supported Nicolas Sarkozy’s finances in the presidential election in 2007.

In 2011, the French judicial authorities questioned the fairness of compensation. The houses at Lagarde were searched, but the case, as they say, was “lowered by brakes”. The year before last, the investigation into the “Tapi case” was resumed. Christine Lagarde, already as head of the IMF, 15 hours were interrogated in a Paris court (Cour de justice de la République). This is the only court in France whose jurisdiction is to consider the affairs of public figures during the performance of their duties.

The case against Lagarde was never closed. It is possible that he will again be given a move during the next presidential election or in case of claims against the managing director from the main beneficiaries of the fund, the US authorities, as happened with Dominique Strauss-Kahn, the predecessor of Christine Lagarde as head of the IMF. In short, the topic of corruption is close and understandable to Lagard. After all, she herself felt how corruption "destroys the ethical standards of individuals."

David Cameron is also not marked by "high level of decency of a public official." Shortly before the global anti-corruption summit, he was accused of transferring assets to offshore through the Panamanian law firm Mossack Fonseca. Immediately after the publication of the so-called “Panamanian dossier” documents, the Cameron administration issued a press release in which it stated that “neither the Prime Minister, nor his wife and their children made a profit from any offshore companies”.

Under the pressure of the facts in an interview with the ITV television channel, David Cameron was forced to admit that he received from his father about 30 000 pounds sterling at Blairmor Investment Trust with foreign jurisdiction. In 2010, he resold 5000 shares of this offshore company. Fascinated by preparations for a referendum on leaving the European Union, British society was satisfied with the explanation of its prime minister.

They gave explanations to the accusations of their countries in corruption and the presidents of Afghanistan and Nigeria who took part in the summit. On the eve of the event, Cameron, not noticing the included microphone, said that "Nigeria and Afghanistan are perhaps the two most corrupt countries in the world." The guests of London called the words of the summit host “unfair” and confidently occupied places among other government officials “with a high level of decency”.

By the way, the London Summit is a private initiative of the British prime minister. In an effort to raise the authority of the country among the financial centers of the world, Cameron wanted to teach everyone a lesson in dealing with one of the major ills of our time, but everything was spoiled by the Panamanian dossier that made the summit’s final document a sort of moral to take away. It was not by chance that world leaders ignored the London event. The United States was represented at the summit by Secretary of State John Kerry. From Russia was the Deputy Foreign Minister Oleg Syromolotov.

Instead of solving the actual problem - the struggle for financial flows

Ignored the London summit and Western media. Even the British publications have bypassed the event with silence. In rare exceptions limited to on-call information. There are several reasons for this. Here is the United States. Local journalists here, following their secretary of state, wrote that John Kerry "may face lukewarm criticism in London." Indeed, in the “Panamanian dossier” there were relatively few Americans, because in the United States there are opportunities for tax evasion and money laundering.

Experts say that in states such as Delaware, Nevada and Wyoming, you can register a new company at a low cost and in confidence and use it as an offshore company. Moreover, the Panamanian scandal itself shows that business can now only find a quiet information haven in rich countries.

“We no longer believe that African kleptocrats are involved in corruption. It is clear that the secret of finance is provided by rich countries, including the United States and the United Kingdom, ”Alex Cobham, an expert at the London-based Tax Justice Network rights group, told Voice of America.

Cobham warned that at the summit, Kerry "will hear that, in the eyes of the world, US jurisdiction is the least co-operative." Other experts spoke in the tone of the advocate. They believe that the scandal with the Panamanian offshore was provoked by the Americans in order to turn the financial flows into the US from here and back up the American economy with this money.

There is another point of view. Among her followers is Tim Evans, a professor of political economy at the University of Middlesex in London. Evans believes that the elites of many countries are now forced to demonstrate the fight against corruption, as they “fear that they will lose legitimacy if rich and powerful people can evade taxes with impunity,” said the professor in an interview with Voice of America. - High-ranking officials in many countries are under pressure and are forced to seriously deal with this problem and solve it. Politicians understand the turmoil and problems that we have seen in Europe and in the United States in recent years and are trying to restore confidence and avoid secrets. ”

However, Evans partly wishful thinking. Indeed, in the same Panama dossier, more than half of the 210 thousands of offshore companies mentioned in published documents were registered in the British Virgin Islands, which, by the way, were not invited to Cameron Summit.

The duplicity of London or, as diplomats now say, “double standards”, was well demonstrated by the events of last week related to the runaway Russian banker, former President of the Bank of Moscow Andrei Borodin. In 2010, the Ministry of Internal Affairs of Russia initiated a criminal case against Borodin and the first vice-president of a credit and financial organization, Dmitry Akulinin. They are charged with particularly large-scale fraud. Borodin, for example, is charged with stealing more than 62 billion rubles from the Bank of Moscow.

Last Thursday, by decision of the Tverskoy District Court in Moscow, among other things, Borodin’s property came under arrest in the estate of Oxfordshire, which he bought for £ 140 million pounds five years ago. British "fighters against corruption" hurried to protect the runaway banker. In London, the decision of the Russian court was called political persecution.

On Friday, Interfax reported that Interpol excluded Andrei Borodin from the list of wanted persons. Banker's lawyers convinced officials of the international law enforcement organization that the Russian authorities were persecuting their client for political reasons.

This argument in London is used quite often. As a result, a whole army of thieving Russian businessmen found shelter on the banks of the Thames, and their dubious capital - in the financial institutions of the British capital. Against this background, the summit’s decision to create an international anti-corruption center and an innovative anti-corruption hub in London looks like slyness, to say the least.

Meanwhile, there is a problem, and it is serious. Last December, the American research organization Global Financial Integrity distributed sad information for us: from 2004 to 2013, withdrawal of funds from Russia averaged 104,98 a billion dollars a year, that is, more than a trillion dollars over the study period. All these funds went to Western banks, real estate, hundred-meter yachts, etc. In terms of the scale of illegal financial flows, Russia was second only to China.

It is not by chance that the President of Russia for two years already says that it is necessary to find the final beneficiaries in the offshore. To do this, even announced the amnesty of capital. It did not bring much success, but in the new conditions, when the world was already preoccupied with the topic of corruption, there are chances to improve the situation.

As Oleg Syromolotov said after the London summit, although the format of the event is limited (all in all, the 43 countries took part in it), the issues raised are very relevant. The outcome of the discussion should form the basis of a new UN convention against corruption. The previous document, adopted in 2003, is clearly outdated.

The forum participants asked the FATF (International Financial Action Task Force on Money Laundering) to “help speed up the implementation of transparency standards worldwide, as well as the international exchange of information on beneficial ownership of assets”.

It is difficult to say whether the result of the announced measures. After all, the main obstacle on this path is Western financial institutions interested in owning illegal monetary resources. Experts believe that it is their interests that reflect the initiator of the summit today, the British Prime Minister David Cameron, and the forum itself is called an attempt to put under control the unfolding fight against corruption, to strengthen the shaky financial legitimacy of the London elite. Like it or not, the world will see in the near future ...

Ctrl Enter
Noticed oshЫbku Highlight text and press. Ctrl + Enter
We are
IMF Managing Director is cheating on Ukraine? ..Results of the week. “Take off your hats! Expose the head! The body will be taken out now! ”
Military Reviewin Yandex News
Military Reviewin Google News
23 comments
Information
Dear reader, to leave comments on the publication, you must sign in.