Turkey is an “old friend” of Russia 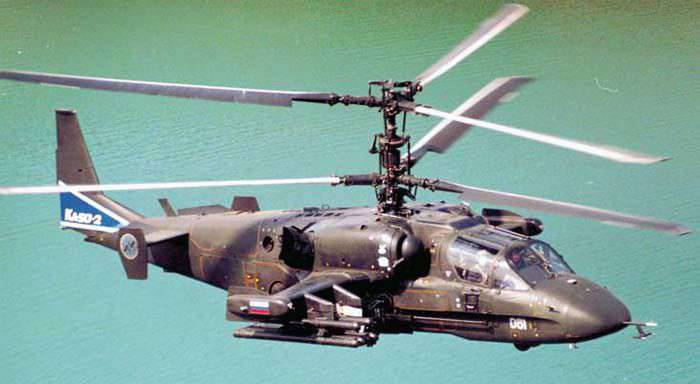 24 November 2015 of the year on the Syrian-Turkish border was shot down by a front-line bomber Su-24M, performing a combat mission against Islamist militants. The F-16 rocket launched from the Turkish Air Force fighter destroyed not only the Russian plane, killing one of the crew members, but also Russian-Turkish relations, which in recent years seemed to have flourished and developed rapidly. Now the level of relations between the countries is close to pre-war, Russia imposed sanctions against the Turkish economy, many projects were frozen (for example, the construction of the Turkish Stream gas pipeline, the construction of the Akkuyu NPP). The project on rapprochement with Turkey, promoted by the leadership of Russia from the very moment of the collapse of the USSR, was destroyed overnight. The traditional confrontation has returned to the region. History repeats.

From a political point of view, there are two main questions: is there a real likelihood of war between Russia and Turkey and was there any significant military-technical cooperation between the countries, which is now, naturally, interrupted.

The history of Russian-Turkish military-technical cooperation began almost immediately after the collapse of the USSR. Already in 1993, Turkey began to receive Russian armored personnel carriers BTR-80 (174 units) and BTR-60 (23 units), and 19 military transport helicopters Mi-17 were also purchased. In addition, a number of small arms were delivered, four small auxiliary vessels fleet. The total amount of transactions was close to $ 200 million, but about half of this amount went into payment of Russia's public debt to Turkey.

In the future, there were many negotiations on the purchase and / or joint development of a wide variety of military equipment - from tanks to combat helicopters and missile systems. However, large-scale projects have not been implemented, rather for political reasons, rather than economic. A good example is the ATAK (attack and tactical reconnaissance helicopter) tender, the winner of which was to receive a contract for the licensed production of 145 reconnaissance and attack helicopters in Turkey. Russia put up for participation a specially created together with the Israelis modification of the Ka-50 attack helicopter - it was called the Ka-50-2 Erdogan. Its difference from the original was that the helicopter has now become double (the basic model is single), and the electronics has been updated. The main competitor for the Russian helicopter was the American Bell AN-1Z “Super Cobra”. Russia offered extremely favorable conditions, many discounts and preferences, as a result of which in 2003 Turkey had already planned to choose a Russian helicopter, but at the last moment, in 2004, after personnel shifts in the Turkish Ministry of Defense, the tender was canceled. After that, a new tender was announced, in which the most dubious option won in 2007 - the Italian Agusta A129 Mangusta. Now the Turkish modification of this helicopter is being made - T129. Apparently, the main reason for such a strange choice was the same policy - for many years, the Turkish leadership has been doing everything to “break through” into the EU.

A similar story happened with the tender for the purchase of long-range air defense systems T-LORAMIDS (Turkish Long Range Air And Missile Defense System) - it was attended by Lockheed and Raytheon with Patriot-PAC3 air defense systems, Rosoboronexport with S-300 air defense systems, a Chinese company CPMIEC (China Precision Machinery Import & Export Corp.) with the HQ-9 air defense system, which is an unlicensed copy of the Russian S-300, and the Franco-Italian consortium Eurosam with the SAMP-T air defense system. The tender has been held since 2007, and in 2013 the Chinese HQ-9 was announced the winner. However, in the end, the tender was canceled altogether - this time the Chinese, apparently, became an instrument of bargaining with Western suppliers: no one has yet purchased HQ-9 (despite its cheapness), and its declared performance characteristics corresponding to the Russian S-300PMU-2 are very doubtful.

Of the recent deals, Turkey’s purchase of a certain number of Kornet-E anti-tank missile systems is worth noting - apparently, they did not have time to deliver all 80 launchers before the current complete break of the PTS. In addition, there is information about contracts that have now been broken for the supply of a small number of small arms and artillery weapons, as well as components to the already existing equipment of Soviet and Russian production.

As for deliveries from Turkey to Russia, it is still less significant here. According to some sources, while Anatoly Serdyukov was the defense minister of the Russian Federation, purchases of Turkish optics for the periscopes of some Russian submarines began (despite the presence of domestic analogues). The termination of supply should not be a serious problem, given the rapid development of the industry in recent years.

It is also known that in Turkey were purchased some textile products for the Russian army, which were issued by suppliers for “made in Russia”. Resellers are not exactly hurt because of the shutdown of supplies - everything can be found in China or other Asian countries. Not to mention the fact that in line with rational import substitution, supplies of clothing uniforms of domestic production, rather than pseudo-domestic production, would be much more desirable for our market.

As a result, it can be stated with confidence that the military-technical cooperation of Russia and Turkey has never been so significant, and countries have nothing to lose in this area. The question of spare parts for servicing Russian equipment for the Turks will not be a problem either - they will most likely be purchased in a number of other countries, conducting closed deals.

A new Russian-Turkish war is unlikely, but Russia has prepared for it.

Over the past six months, there were two moments when the prospects for a direct military clash between Turkey and Russia seemed realistic enough: first, after the destruction of the Russian bomber, and then after a significant part of the Syrian-Turkish border was cleansed from pro-Turkish militants by the Kurdish militia and the Syrian government army. After Turkey began to lose all control over what was happening in Syria, shelling of the Kurdish self-defense forces by Turkish artillery began and signs of an impending invasion of the border areas of Syria began to appear (even some statements by officials with similar threats sounded). However, this approach of Turkey did not find understanding even among its Western allies - in fact, it was said openly that if, as a result of the Turkish invasion of Syria, there were clashes with Russia, then NATO would not interfere in the situation. In addition, a truce was soon signed between Assad and the “moderate” opposition, which made Turkey’s invasion insane.

Nevertheless, Russia made preparations for the negative scenario - the process began immediately after the loss of that very Su-24. First of all, the C-400 air defense system and modern radio-electronic warfare systems were deployed at the Khmeimim airbase in Syria, where the Russian HQs are based. The missile cruiser "Moscow" of the 1164 project, which later replaced the cruiser "Varyag" of the same project, was sent to the shores of Latakia. Both ships are equipped with air defense system C-300F. Later, a link of the most modern Russian Su-35С serial fighters was deployed to the airbase. After the main part of the Russian VKS was withdrawn from Syria, the Su-30CM and Su-35С fighters remained in place, like all ground defense forces. Moreover, even the operational-tactical missile system (OTRK) "Iskander-M" even appeared in Syria, the appearance of which there is clearly aimed at deterring Turkey from all sorts of adventures. Such forces are able to effectively resist the numerous Turkish Air Force, which has more than 200 American F-16 fighter jets.

Simultaneously with the increase on the Syrian-Turkish border, Russia also strengthened on the Armenian-Turkish border. Erebuni airbase near Yerevan received replenishment - Mi-24 attack helicopters and Mi-8 military transport helicopters, MiG-29 fighters underwent major repairs and partial modernization. At the 102nd base of the Russian Federation in the Caucasus, located in Gyumri, new means of communication, drones, modern equipment “Ratnik” and others are being actively introduced. The S-300V air defense systems there, along with the S-300PS air defense system as part of the Armenian armed forces (both countries already signed an agreement on a joint air defense system), can effectively deter Turkish Aviation and in that direction.

The number of personnel and military ground vehicles at the bases did not increase - apparently, due to the fact that the likelihood of direct conflict is quite small. The weak point of the Syrian grouping is, perhaps, only a fairly small ground cover - no more than 2500 people, with a rather limited amount of military equipment. On the other hand, the large Turkish army in any case will first have to break through the forces of the Kurds and Assad in the difficult situation of Lattakia - in a wooded and mountainous area with a limited number of any suitable roads. Therefore, the time for the adoption and implementation of decisions from the Russian military command will be.

“Hybrid” war - from Syria and Crimea to Nagorno-Karabakh

Nevertheless, the “hybrid” war with Turkey is underway - pro-Turkish militants in Syria are still fighting with government forces and with the Kurds, which Russia, as everyone knows, quite openly supports air strikes and supplies weapons.

In addition, Turkey is actively working with the small group of Crimean Tatars who are unhappy with the reunification of the Crimea with Russia. This is, for example, about the same “Mejlis of the Crimean Tatar people”, which has now been relocated to Ukraine. There is information that Turkish instructors train among such individuals and terrorists. At the same time, the Turkish President actively communicates with his Ukrainian counterpart, and joint military exercises are already underway: the relations of the countries have greatly improved on the anti-Russian wave.

Within the framework of such a “hybrid” war, Ankara also used its closest ally, Azerbaijan, which unleashed unprofitable for Russia military actions against the unrecognized Nagorno-Karabakh Republic (it is supported by Armenia - probably the closest ally of the Russian Federation in the CSTO). Such an approach is intended to completely knock out any influence on Baku from Moscow - since the Russian Federation has military obligations to Armenia both under bilateral agreements (the 102-I base of the Russian Federation in Transcaucasia, according to the last agreement, should protect the interests of both Moscow and Yerevan), and within the CSTO bloc. However, at the same time, Azerbaijan is “a tasty morsel” for the majority of world players due to the availability of energy resources and access to the Caspian Sea, which is rich in offshore fields. That is why the last thing Moscow wants now is a full-scale war in the region and a change in the status quo, with the result that Azerbaijan is likely to finally go under the Turkish and western “wing”, which can lead to the actual construction of Russian gas pipelines and oil pipelines to Europe. The implementation of such projects was repeatedly stated, but the matter did not move beyond talk.

Ctrl Enter
Noticed oshЫbku Highlight text and press. Ctrl + Enter
We are
The Bergman trail to the North CaucasusNikolay Silaev, Andrei Sushentsov: Georgia after the elections and prospects for Russian-Georgian relations
Military Reviewin Yandex News
Military Reviewin Google News
60 comments
Information
Dear reader, to leave comments on the publication, you must sign in.