13 May 2016
17
The official representative of the General Staff of the Armed Forces of Turkey reports on the crash of a military helicopter in the Turkish province of Hakkari in the south-east of the country, where the so-called "anti-terrorist operation" takes place. The helicopter crashed near the village of Cukurje. Both pilots died. According to the representative of the Turkish General Staff, the crash occurred due to a technical malfunction on board the helicopter. This is with reference to Turkish sources reports RIA News. 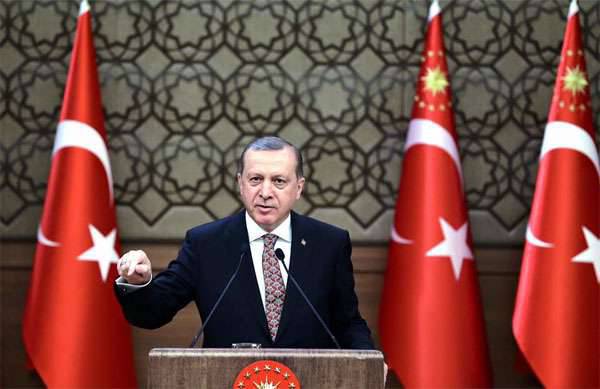 In addition, the Turkish General Staff issued a report about the death of six Turkish military in clashes with Kurdish forces. More 8 Turkish soldiers were injured of varying degrees of severity. At least two of them are in serious condition. All the injured were taken to the nearest medical facilities.

By the most conservative estimates, since the beginning of the civil war in southeastern Turkey, more than 120 Turkish military and police have been killed. More than 250 security officials were injured. The situation in the south-eastern provinces of Turkey is close to a humanitarian catastrophe. The most difficult situation remains in the village of Cizre, which is actually blocked by the Turkish army and police. The situation with the delivery of food and medicine there is complicated. More than two hundred civilians in this city have become victims of civil war only in the last 2 of the month.

Ctrl Enter
Noticed oshЫbku Highlight text and press. Ctrl + Enter
We are
Innovation Day of South-Eastern Military District: MTP-A2.1-120 technical assistance vehicleReports from the militia of New Russia for 4-5 of October 2014 of the year
Military Reviewin Yandex News
Military Reviewin Google News
17 comments
Information
Dear reader, to leave comments on the publication, you must sign in.