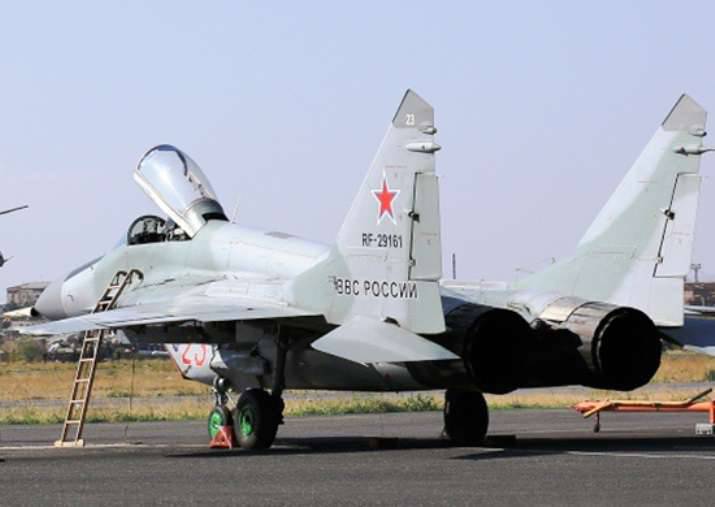 “More than 200 military personnel were involved in the exercise, around 20 airplanes and helicopters were involved, including MiG-29 fighters, transport and combat helicopters Mi-24P and Mi-8МТ. The event is conducted under the direction of the commander of the formation of Colonel Alexander Petrov ",
says release.

According to the press service, “the crews will work out the issues of organizing interaction during the fulfillment of tasks in mountainous areas, conducting air battles at various altitudes during the day and night, fire support of motorized rifle subunits at the Alagyaz high-altitude range.”

It is noted that "control over flights and air battles will be carried out in a modern computerized control tower with the use of complexes with unmanned aerial vehicles" Orlan-10 "."

Ctrl Enter
Noticed oshЫbku Highlight text and press. Ctrl + Enter
We are
Innovation Day of the Southern Military District: Pictures from the ExhibitionThe action “Military service under the contract is your choice!” In Rostov-on-Don: future contract servicemen, exhibitions and “Russian Knights”
Military Reviewin Yandex News
Military Reviewin Google News
10 comments
Information
Dear reader, to leave comments on the publication, you must sign in.