18 May 2016
30
The fighter with the revolution, sending punitive expeditions, was not a supporter of autocracy


Pyotr Nikolayevich Durnovo is one of the tsarmed and forgotten statesmen and politicians of imperial Russia during the Soviet period. He was remembered in connection with the centenary of the beginning of the First World War, about the adverse consequences of which for Russia he warned Nicholas II in a famous analytical note. However, Durnovo is of interest not only as a prophet.

Since childhood, he has shown brilliant results in his studies. Kinship with the famous naval commander Admiral Lazarev determined the fate. Durnovo was admitted immediately to the second grade at the “excellent” passing entrance examinations to the Naval Cadet Corps. My neighbor on the desk, the future artist Vereshchagin, was remembered for his outstanding abilities.

In 1860, warrant officer Durnovo, who received naval practice and brilliant performance, graduated with honors from the corps and sent to the 19th naval crew. For 10 years of service, he has been participating in long trips to the shores of China and Japan, both Americas. In honor of the young officer, an island in the Sea of ​​Japan was named, which, strangely enough, retained this name. Speaking much later in the State Council, gray-haired Peter Nikolayevich recalled: “The best years of my life passed on the deck of a warship on long voyages across almost all the seas of the globe ...”

"His orders were exemplary."

But in his youth, a promising and ambitious fleet officer began to feel that he could not make a career at sea. In 1870, Lieutenant Durnovo, having passed the examinations at the Military Law Academy, moved to the more promising and highly paid position of Assistant Prosecutor of the Kronstadt Garrison. In the field of jurisprudence, he earned the rank of collegiate adviser (equal to the naval captain of 1 rank) and reached the chair of the comrade prosecutor of the Kiev Court of Justice. In the same years I became familiar with the needs of the common people.

Ten years later, Durnovo again makes a sharp turn in his career, moving from the judicial department to the Ministry of Internal Affairs. A diverse, broad and independent personality was literally and figuratively closely among the judges. The Ministry of the Interior was where to turn. The journey from the judicial (investigative) department manager to the director of the Durnovo Police Department passed in three years.

Under him, the greatest success was achieved in the fight against sedition. Revolutionaries who started the attack against the sovereign were arrested. Revealed and crushed several underground printing. Intensified operational and undercover work. In this case, the police did without bloodletting, the law and the honor of spying. There is evidence of a mother whose son published illegal literature and fell into the hands of the police: “The orders in this institution during his administration P. N. Durnovo were exemplary as a director ... Peter Nikolayevich was the same enemy of unnecessary cruelty, cunning and double head as he was the enemy of political adventurers. "

The activities of the successful and energetic director of the Police Department were spotted at the top and appreciated. In 1888, he was made a secret adviser (a rank corresponding to the general's), two years later was awarded royal gratitude. The authority of Durnovo in the police, the ministry was indisputable and even extended to many governors who were in awe of him. Brilliant career prevented the scandalous история, in the center of which he unexpectedly appeared. Blame it all - a passion for women. The reason for the loud fall of the seemingly flawless director of the police department turned out to be a lady who was simultaneously spinning an affair with a Brazilian diplomat. Upon learning of this, Durnovo, abusing his official position, ordered his people to open the Brazilian personal correspondence, as the sovereign became aware of. The reaction was predictable: Alexander III, who did not tolerate moral dirt, ordered in the 24 hour to dismiss the presumptive chief of police. However, soon there was a place in the Senate, where his experience and sharp mind were useful.

Seven years later, the scandal was forgotten and Durnovo’s organizational skills were again in demand in the Ministry of Internal Affairs, where he was invited by the new minister who knew him well - D. S. Sipyagin to the post of his friend (deputy). Returned to the police department, Durnovo was headlong into his favorite job: he was not frightened by the abundance of duties, and there was enough energy to manage several areas at once. He supervised the work of the Department of Common Affairs, was the head of the Central Statistical Committee of the Ministry of Internal Affairs, in fact, headed the General Directorate of Posts and Telegraphs, and in the absence of the minister he performed his duties. After the murder of his chief by terrorists he returned to the chair of the head of the Police Department and quickly found the criminals.

With the beginning of the revolutionary unrest 1905, Durnovo becomes Minister of the Interior. With an almost total confusion that struck power, he was almost the only acceptable candidate capable of taking effective measures by mobilizing the police and gendarmes in the right direction. 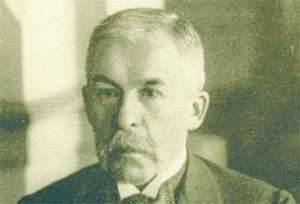 The riots acted on him excitingly, he was not at all depressed by this, somehow he immediately perked up and began to work as best he could - from morning to night. There was a feeling that he knew exactly how to act in such a situation, although there were no instructions and plans on this subject in the ministry or in the government. Durnovo was able to stop the strike of the Moscow telephone operators, arrest the self-styled "deputies of the Petersburg workers' council." The minister dismissed indecisive governors, introduced a special provision where necessary, expanded the powers of the police and local administration. He sent out punitive expeditions, demanded the immediate introduction of military field courts and firmly opposed the weakening of the royal government, although he was not a supporter of absolutism.

Later he spoke about his views like this: “Everyone considers me an avid monarchist, a reactionary defender of autocracy, an incorrigible obscurantist ... and they do not assume that I am perhaps the most convinced republican in my views.” But in the Russian Empire, Durnovo specified, “the management technique and integrity require the presence of the historically established royal banner. It will not become - Russia will disintegrate. ”

"I take all the responsibility on myself!"

In one of the telegrams to the governors, Durnovo wrote: “Take the most decisive measures to combat the revolution, do not stop at nothing. I take all the responsibility! ” Commander Semenovskiy regiment G. Mina instructed before being sent to Moscow, where the riots turned into bloody pogroms: “Only decisiveness is needed. Do not allow groups of three to five people to gather on the street. If you refuse to break up - shoot immediately! Do not stop using artillery ... destroy barricades with fire, houses, factories occupied by revolutionaries ... ”These instructions, more similar to orders, acted on a military person as needed, largely thanks to them, the Semenovites managed to stop the revolutionary insurgency in Moscow with the slightest bloodshed . 399 people died, including soldiers and police. In the capital of the empire, where the situation managed to take control earlier, the losses were less.

The secret of his determination, in addition to the natural volitional qualities, was that, unlike other dignitaries, he was absolutely not afraid of public opinion and indifferent to the attacks of the press in his address. In a private conversation in the annals, he confessed: “All those in power ... are afraid - suddenly enlightened statesmen will deprive them of their appearance, but I ... have nothing to lose; so I hit this face of the revolution right in the face and ordered others: hit me on my head. ”

When the revolutionary terror was successfully strangled, its creators, remaining at large, sentenced Durnovo to death. They made an attempt on his life, but the minister was always on the alert. But the post could not resist. Nicholas II treated Durnovo with great respect, but was forced to give way to the intriguing pressure. For the faithful servant of the sovereign, the decision to resign was a big blow, but the king, as he could, sweetened the pill: Durnovo received 200 thousand compensation rubles, the ministerial salary, senatorial post and membership in the State Council were saved for life.

Until the end of days, he remained a supporter of decisive actions, did not tolerate chatter, bureaucracy, red tape. In the last speech at the State Council devoted to failures at the fronts, he remained true to himself: “We, as always, were very poorly prepared for war ... as before, and by the old habit, among the huge heaps of papers, we were constantly looking for and could not find Russia ... that we are afraid to order ... Instead of being disposed of, circulars were written, innumerable laws were issued ... Meanwhile ... in Russia it is still possible and should be ordered and the Russian sovereign can command everything that his higher understanding is useful and necessary for his people Yes, and no one ... will not dare to disobey him ... You need to quit feathers and ink. It is useful to send young officials to the war, young leaders to teach them to order and obey and forget the fear of the various fetishes to which we so often bow out ... ”
Durnovo died in September of 1915 from paralysis of the heart, which was rooting for Russia until the last minutes.