Day of the Black Sea Fleet of Russia

13 May 2016
35
On the eve of the Turkish President Recep Tayyip Erdogan called the Black Sea "Russia's inland lake." The Turkish president applied such a comparison due to the fact that, in his opinion, NATO is not paying enough serious attention to the military presence in the Black Sea. According to Erdogan, at the nearest NATO summit, which will take place on July 8-9 in Warsaw, it is necessary to work out a concrete plan on “turning the Black Sea into a sea of ​​security.” If we take into account that in NATO they usually understand the word “security”, it is necessary, as they say, to hold your nose to the wind, and gunpowder dry.


And to keep the gunpowder dry on this section of the sea borders of Russia, by definition, the Russian Black Sea the fleet, which today - May 13 - celebrates the main date for itself - the Black Sea Fleet Day. 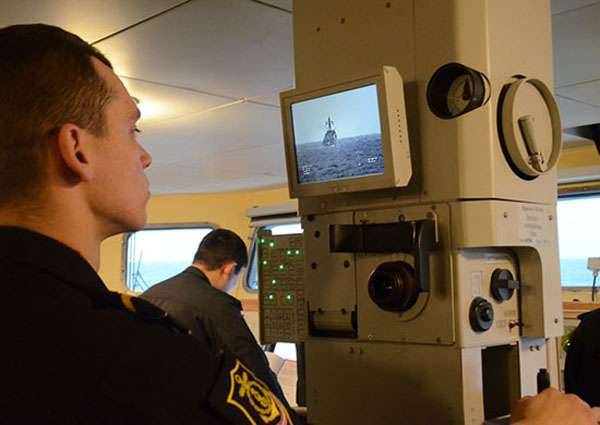 The formation of its Black Sea Fleet, founded in 1783 by decree of Empress Catherine II, took place at a time when 9 years had not passed since the end of one Russian-Turkish war, and only 3 remained before the start of another war with Turkey. And so it turns out that today the Black Sea Fleet of Russia is also developing in more than difficult conditions. And although Russia does not conduct official wars, there have been too many people who want to test Russia for strength lately. By and large, those who wanted it did not disappear anywhere, but their ardor showed itself fully due to the fact that Russia began to acquire impressive power and readiness to defend its interests virtually anywhere in the world. Today’s Turkish President may well have enough cockroaches in his head, in addition to the attack of the Turkish fighter on the Su-24M in the skies of Syria, to try to arrange another provocation. And the Black Sea is not such an incredible scenario for the implementation of this provocation.

Of course, the command of the Russian fleet understands this perfectly well, and therefore, as expected, it is ready for any provocations. Fortunately, those times were over when practically any Russian fleet (after the collapse of the USSR), including the Black Sea Coast, needed, first of all, support for the sake of a single goal - survival. Now, when the Russian Black Sea Fleet has gained a full-fledged basis for development in connection with the reunification of the Crimea and Sevastopol with Russia, and when the fleet is replenished with the latest surface and submarine ships, there is confidence that any provocation by NATO and specifically by the same Turkey will be stopped in time. And if Erdogan called the Black Sea the “internal lake of Russia”, then now we need not jinx it ...

The Black Sea Fleet has a deep and heroic history. To get acquainted with her, you should visit the Museum of the Black Sea Fleet of the Russian Federation, which is located in the hero-city of Sevastopol. This year, the museum, leading its military-educational path since the creation of the exposition dedicated to the Sevastopol defense of 1855-1856, is celebrated 147 years. In 1895, the Museum of the Black Sea Fleet of Russia moved from the house of General E.Totleben to a building specially built for it. Today this building is considered to be one of the most exquisite in Sevastopol. 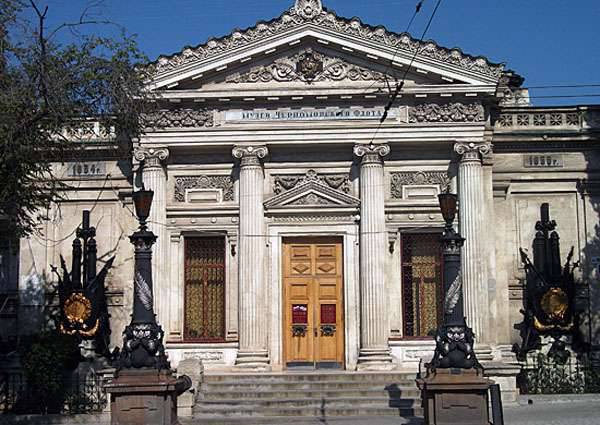 The museum 8 halls, in which there are many expositions devoted to different stages of the history of the Black Sea Fleet of Russia. In the hall under number 1 you can see the famous saber of the commander of the Turkish squadron Osman Pasha, who was handed over to Admiral Pavel Stepanovich Nakhimov.

In the second hall of the exhibition may interest not only admirers of naval history, but also connoisseurs of painting. Here are the original paintings of the famous artist Ivan Aivazovsky. There are halls of the museum dedicated to various historical stages of the defense of Sevastopol, including the heroic defense of the Great Patriotic War. 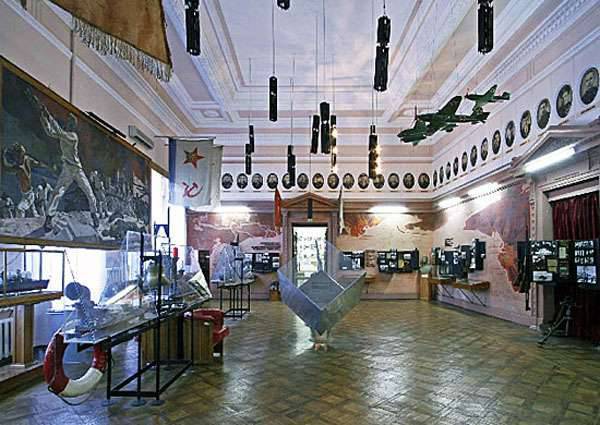 In this case, it is absolutely correct to say that it is better to see once ...

The Black Sea Fleet today is not only the fulfillment of training and combat missions in various points of the Black Sea and other seas, including the Mediterranean. Black Sea sailors can and have a great rest. On the basis of the fleet, a song and dance ensemble of the Black Sea Fleet of the Russian Federation has been created and successfully serves in its cultural and mass field. This ensemble is unique. In fact, he owes his birth to Fyodor Shalyapin, who in 1903 in Sevastopol, on his own initiative, created the first sailor's choir. Performances of the choir enjoyed the same success with the audience.

During the Great Patriotic War, members of the team were engaged not only in cultural events, but also with weapons in their hands they defended the borders of the Motherland from the Nazi invaders. Among the representatives of the ensemble were defenders of Sevastopol, Novorossiysk and Odessa. At the same time, the team did not change traditions and gave constant concerts for sailors of combat units and formations.

One of the historical milestones for the Black Sea Fleet Song and Dance Ensemble is February 1945, when the team literally impressed the participants in the historic Yalta Conference of the leaders of the USSR, the USA and Great Britain with their skills.

Today the ensemble continues glorious traditions and delights with its creativity new generations of Sevastopol residents, Crimeans and guests of the Crimean peninsula. Sailor's dances are especially popular: “The sea form is good”, “Navy joker” and, of course, “Apple”. 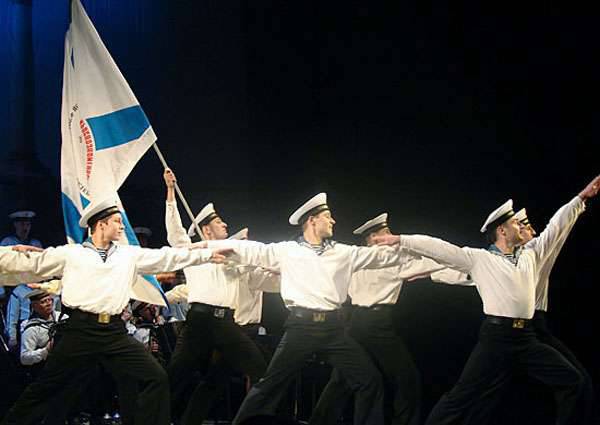