Stop the panic! America is the strongest!

13 May 2016
51
Recently in the United States there was a slight panic. She was provoked by a RAND think tank report. Analysts have suggested that the Russians are able to seize the Baltic countries with the aim of “driving a wedge” into NATO. The West has nothing to oppose to Putin’s plans. Sober-minded people in the US are calling for a stop to panic: after all, the Russians are not going to seize Lithuania, Latvia and Estonia at all. Moreover, in the conduct of a “hybrid” war, the superiority is not Moscow, but the West. And indeed, the West has the answer to Putin! 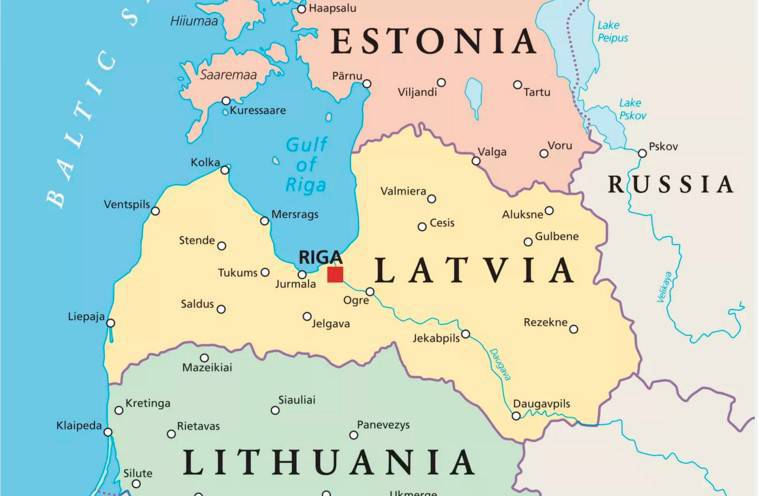 Mark Galeotti is a professor of international politics at New York University. The other day his article appeared in the publication "Vox".

The professor notes that Moscow has no plans for the "capture" of the Baltic states. Yes, even if she wanted to - the United States and NATO would punish her for this, there is more than enough means to answer. Moreover, despite some panic in the ranks, and also despite Russia's successful use of the methods of a “hybrid” war, the truth is that the West has superiority in the field of such wars.

Disputes about what Russia can and will do have received a new impetus after the RAND brain trust report was released at the beginning of 2016. The document was based on the results of the “war games”, during which the “form and the likely results of Russia's intervention in the Baltic countries in the near future” were evaluated.

Employees of the RAND Corporation made a remarkable conclusion: now NATO is “unable to effectively defend the territory of the most vulnerable members of the alliance,” especially the Baltic countries. Experts are convinced that Russia will conquer Lithuania, Latvia and Estonia in about sixty hours.

Such a short time seriously surprised Mark Galeotti. He was surprised by the surprise of the Russian “invasion” declared by experts. You can not hide the invasion "from the eyes of the West," he said.

But the main thing is different: are the Russians going to seize the Baltic countries? Why does Putin need this “headache”?

Galeotti does not believe that the Russians will embark on such an adventure, because their Putin is not an “imperialist moved by his mind”, who is seeking to “revive the Soviet Union.” In addition, the seizure of the Baltic countries would have brought Putin even more hostile attitudes of the West and three small territories with outraged residents. Perhaps the latter would become partisans.

And what would give the Russians this seizure? In the Baltic countries there are no resources that Russia could really use.

Finally, the strategic effect would have been the opposite of what was intended: instead of a split of NATO, a seizure would consolidate the alliance.

Well, and financial measures. If Putin were to attack the Baltic countries, the West would respond by completely closing its markets for Russia. All economic and political leverage would be used to “isolate Russia from its trading partners.” By the way, Russia imports almost 40% of food consumed. Finally, the West could go to squeezing Russia out of SWIFT.

And no matter what Putin would like there, ordinary Russians, in the face of a falling ruble, would hardly have tolerated anything like that. The author believes that the stereotypes according to which Russian “fatalist peasants” put up with hardships and hardships for the sake of the Motherland do not correspond to the realities of Putin’s Russia. Putin’s popularity is based only on his ability to achieve easy victories - like the Crimea and Syria.

There is also a serious computer tool to counter Putin: Western hacker attacks can disable mobile networks in Russia. Russian will remain without cellular communication. Computer programs managing rail transport, banking systems, etc. will be damaged. Payment cards will not function, trains will stop, and so on.

Then NATO can close the Dardanelles for Russian military and civilian ships. The West, which controls the sea routes, can block the movement of enemy cargo ships and prevent third countries from trading with Russia.

“The day when the West decides to behave as mercilessly as Russia will be a black day for the Kremlin,” the professor says.

Therefore, there is no need to panic: after all, the risk for the West is not at all in its real weakness, but in the fact that it only looks weak.

On the subject of a possible US war with Russia, spoke and historian, a famous expert on Russia Stephen Cohen (Stephen F. Cohen). The publication appeared in the journal "Nation".

As the scientist notes, NATO, led by America, continues to increase its military presence on land, at sea and in the air near the borders of the Russian Federation. Moscow sends back Aviation for flying over a USS. The absurdity is that Washington and Brussels, two decades moving military forces to the borders of Russia, because of this incident began to accuse Moscow of "provocations against NATO."

Who is provoking anyone here? After all, the buildup of NATO forces at the borders of the Russian Federation is very similar to the preparation of the Germans for the invasion of 1941 in June. Some politicians in Russia point out, the historian notes that the West, led by the United States, intends to unleash a hot war against Russia. There is even an opinion in Russia that a liberal government should be changed and the program of a mobilization economy (on the Soviet model) urgently adopted in order to prepare for war with the West.

Mr. Cohen himself does not know the answer to the question: why do US and NATO politicians lead things to war with Russia - are they doing this because of stupidity or are they really preparing to attack the Russians?

So, historian Cohen hints at Washington and Brussels' stupidity provoking Russia to show strength. The professor of international politics, Mark Galeotti, is stinging this stupidity on the shelves.

According to the latter, the West, and not Moscow, has superiority in the field of hybrid wars. Putin’s seizure of the Baltic countries (from which the NATO-Russia war expected by the RAND corporation will begin) will lead to the partisan movement in Lithuania, Latvia and Estonia: historical local residents have experience, says the professor. The capture will lead to the consolidation of the North Atlantic Alliance, which will find something to answer Russia.

The whole West will also respond with financial measures to begin with: complete closure of its markets for Russia and squeezing it out of SWIFT. Another answer is hacker attacks, which destroy payment systems, communication systems, railway transport, etc. in Russia.

As a result, everything will rise against Putin, including the peasants. This day "will be a black day for the Kremlin."

The professor just had to shout: "Putin, give up!"