13 May 2016
131
Today in the Middle East, neither Arabs nor Jews are seeking American President Obama’s support. Meanwhile, the American military potential in the region significantly exceeds the corresponding military potential of Russia. However, the leaders of the Middle Eastern states fly to “isolated” Moscow, and not to Washington, previously considered the world “hegemon”. Why? 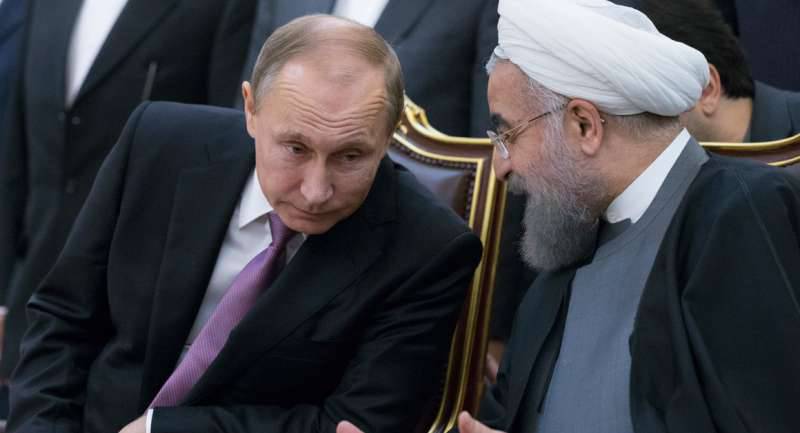 This question is answered by Dennis Ross (Dennis Ross), a former American diplomat, and now author, writing for "Politico".

The United States, the author recalls, today has a much greater military potential in the Middle East than Russia. The United States has 35.000 soldiers and hundreds of aircraft in the region; Russians, on the other hand, have only about 2.000 military personnel and, possibly, 50 aircraft.

But what do we see? Middle Eastern leaders now prefer to go to Moscow to talk with Vladimir Putin, and do not want to go to Washington.

Recently, Israeli Prime Minister Benjamin Netanyahu met with the Russian president, and this was "his second visit to Russia since last fall." Saudi King Salman is ready to fly to Moscow soon. Egyptian President and other Middle Eastern leaders are also going to talk to Putin.

Why is this happening? And why did Arabs and Israelis largely abandon the idea of ​​getting any support from President Barack Obama?

The analyst believes that respect matters more than just power. Russia in the region today is perceived as a state that wants to influence the balance of forces in the region. But the United States, alas, is not able to play such a role.

The author points out that Putin’s decision on military intervention in Syria ensured that President Bashar al-Assad remained in power and “sharply reduced isolation” of Russia. At the same time, “Putin’s worldview is completely at odds with Obama’s views.” Yes, Mr. Obama believes in the need to use force only in cases where there is a direct threat to national security. Pre-emptive actions against terrorists and the fight against the "Islamic State" are included in these principles. But Obama, who has learned the lessons of Iraq and Afghanistan, understands all this in a too narrow sense.

Putin behaves differently in the region, and his behavior has found a lively response in the Middle East. The use of force here, including to achieve political goals, is the norm rather than the exception. And it makes no difference who we are talking about. Saudis acted in Yemen, Iran after a nuclear deal demonstrated much more aggressive behavior in the region than before (regular Iranian forces were deployed in Syria, etc.).

Military intervention by Russia turned the tide in Syria. Contrary to Obama's opinion, the Russians took a stronger position, spending very little on that. No one “punished” the Russians for their “Syrian intervention”; moreover, Mr. Obama himself is now looking for help from Putin, persuading him to “put pressure on Assad.” In essence, this is a recognition of the effectiveness of the Russian strategy.

Middle Eastern leaders also recognize this. They understand that they should negotiate with the Russians if they want to protect their interests.

This does not mean at all, the analyst indicates that the US is weak, and Russia is strong. Objectively speaking, Russia is shrinking economically, and low oil prices only add to Moscow financial problems. This fact explains precisely (at least partially) Putin’s desire to play a prominent role on the world stage, including in the Middle East.

As for Obama's actions, his recent trip to Saudi Arabia did not change the perception of the United States: from now on, America is considered weak and unwilling to influence the distribution of forces in the region.

Dennis Ross, who worked in the countries of the Middle East, assumes that Arabs and Jews are waiting - watching what kind of people make up the next US administration. “They know that Russians are not a factor of stability; they hope that the United States will play this role, ”the author writes.

The analyst finds such hopes “strange” because Obama has expressed a clear reluctance to impose American will in the region. And many of the traditional partners of the United States have already learned: perhaps they will have to rely only on themselves. Yes, and how to hope for Washington, if there are some "red lines", and then forget about them?

Former American diplomat Dennis Ross suggests several points that the US administration should adhere to in implementing foreign policy in the Middle East. We give in the reduction of some of them.

1. The White House should tighten its policy on Iran.

2. Plan the situation in case of unforeseen circumstances, discussing options with the GCC states and Israel. The situation should include specific options for countering Iran, which is increasingly using "Shiite militants" to "undermine regimes in the region."

3. In Syria, the Russians will most likely continue to support Assad, with the result that the United States will have no choice but to continue to work “with partners.” Putin and eastern leaders understand the power of coercion, the author recalls.

What happens? The American expert is confident that the United States should do the same in the Middle East as Russia did: use force and turn the tide in its favor. The result, of course, is the opposite: if the Russians support Assad, then the United States should throw off Assad. And then the Middle Eastern leaders will once again turn their favor towards the overseas hegemon.

True, Mr. Obama is unlikely to use force. Rather, it will make the new commander in chief - for example, Hillary Clinton. And for good reason the Arabs thought about what kind of policy in the region will be carried out by Mr. Obama's changer. Hope for the return of the hegemon is still warm.

For the time being, the region is talking not with Washington, but with Moscow. The one that Mr. Obama "isolated."

Observed and commented on Oleg Chuvakin
- especially for topwar.ru
Ctrl Enter
Noticed oshЫbku Highlight text and press. Ctrl + Enter
We are
Israel and the Iranian nuclear issue: pause or retreat?The Palestinian problem and the question of the survival of Israel in the future
Military Reviewin Yandex News
Military Reviewin Google News
131 comment
Information
Dear reader, to leave comments on the publication, you must sign in.