Legislative regulation of the use of the Russian Armed Forces in the fight against terrorism is based on the experience gained in the 90-s of the last century and the beginning of this century during the counter-terrorist operation in the North Caucasus.

Today, no one has any doubt that at that time Russia faced not groups of ideological separatists, but a well-organized and generously paid offensive from abroad by terrorists on our country. The Armed Forces, intended to repel external aggression, were forced to conduct combat operations with gangs on their territory. At the same time, a number of states have actually launched an information war against Russia.

We repulsed the first attack of terrorism and made several conclusions for ourselves. First, it is necessary to prepare the Armed Forces for such a fight in advance. Secondly, it is necessary to beat terrorism proactively, in the early stages of the formation of a threat, not to let its ideologies penetrate into the minds, develop and seize new territories. Thirdly, terrorism cannot be eliminated without the use of military force, but it cannot be defeated. For a successful struggle, it is necessary to combine political, financial, ideological and information resources of the state.

To democracy under escort

Speaking about the causes of international terrorism, it is worth to highlight several aspects. Undoubtedly, the conditions for its growth create the distressful situation of the population of a number of states, the lack of opportunities for development, and the prospects for achieving a decent standard of living. A radical ideology is superimposed on this, and as a result, organizations such as Al-Qaeda and the Islamic State banned in Russia arise. Another reason for the growth of the terrorist threat is outside interference in the affairs of sovereign states. Attempts to transfer the values ​​of Western democracy to countries with their spiritual foundations, cultural traditions, mentality lead to the opposite result. The artificial imposition of alien ideals exploded North Africa and the Middle East.

The consequences of the “Arab Spring” laid upon Europeans a heavy burden of migration chaos. Libya, where, with the help of military intervention, overthrew President Gaddafi, virtually ceased to exist as a centralized state, becoming the basis for the growth of the IG and other terrorist groups.

The occupation of Iraq, the elimination of the next leader and the "democratization" of the country at gunpoint caused the majority of the dispersed armed forces and the remaining political elite to form the backbone of the IG and establish their power over a significant territory of the country.

The third reason for the emergence of a terrorist threat is the desire of a number of countries to use the services of radical organizations to achieve their political goals and crush even if not democratic, but stable state entities. Later, coming out of the shadow of patrons, the bandit underground begins to grow, develop vast territories and form an economic base, form quasi-state structures, which leads to destabilization of entire regions and poses a threat to all civilized humanity.

Syria, where the process of destabilization of the state and the overthrow of the legitimately elected government proceeded according to established methods, is a vivid example. First, protests were organized with active information support from outside. Then armed attacks on representatives of the authorities and security forces began, then a massive attack by terrorist groups supported by backstage players. 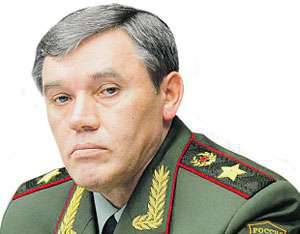 By the middle of last year, the situation became critical. The question of preserving Syria as a sovereign state was open. The change of power in the republic would mean the inevitable fragmentation of the country along ethnic and religious lines. Developments in the Libyan scenario would lead to the situation that a recently prosperous country would become a source of terrorist danger for the entire region.

In the Middle East, a clear threat to Russia's national security began to take shape. According to our estimates, at the beginning of 2015, in the ranks of the IG and other terrorist groups were up to 4500 citizens of the Russian Federation and CIS countries. It is easy to predict where they would go in the event of the fall of the Assad regime.

Under current conditions, the Russian president, in response to the official appeal of Damascus, decided to use the Armed Forces in the anti-terrorist operation in the Syrian Arab Republic. It is approved by the Federation Council.

I emphasize: it’s about the participation of our troops in the fight against terrorism, and not about interfering in the affairs of another state or supporting one of the confessions. Our units are in Syria legally, at the request of the official government, which cannot be said about the coalition led by the United States, which de jure violates all the canons of international law.

Since September 30 2015 year aviation The Russian Aerospace Forces carries out air strikes against terrorists. Goals are selected on the basis of data from all types of intelligence, confirmed with the help of unmanned aerial vehicles and only after careful selection are accepted for defeat. Moreover, we deliberately do not strike even abandoned schools, hospitals and mosques, although we know that in some of them terrorists equipped their facilities.

In addition to air strikes, the Armed Forces of the Russian Federation solve other tasks in Syria. Our advisers assist the commanders of the government army in planning combat operations against bandit groups, participate in the training and preparation of reserve units and military units.

Ankara is out of step

In developing the operation of the Russian Aerospace Force in Syria, special attention was paid to the prevention of conflict situations in the airspace of the country. Despite the freezing of military cooperation between us and the United States, mutual interest allowed in the shortest time possible to prepare and sign a bilateral memorandum on the prevention of incidents in the skies over Syria. In the future, all participants of the coalition led by the United States joined to comply with the agreed rules, and the necessary channels of operational interaction were created. 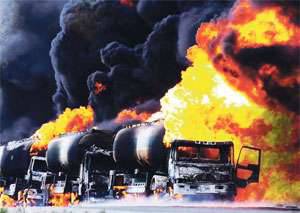 In Baghdad, there is a quadrilateral (Iraq, Iran, Syria and Russia) information center for countering terrorism. A mechanism of interaction between the defense departments of Russia and Israel has been created and is successfully functioning in the framework of a joint working group on incident prevention in the Syrian sector.

With the entry into force of the Russian-American statement of 27 in February, the Armed Forces had an additional range of tasks related to the control of the cessation of hostilities, humanitarian operations, and demining of liberated settlements and territories. At the airfield Hmeymim we established a Center for reconciliation of the warring parties in Syria. He is actively working to implement the agreements reached in close cooperation with a similar American structure in Amman and the task force in Geneva. Today, the key role of the Russian Armed Forces in Syria is to promote reconciliation and launch the political process in the country.

At the same time, one of the destabilizing factors that have a significant negative impact remains the supply of terrorists by Ankara weapons, ammunition and medicines. Medical institutions in Turkey are rehabilitating wounded militants.

In conclusion, I note that in our actions we proceed from the fact that the fate of a country, its political structure, and whom to elect to the highest authorities will be decided only by the people. Syria must and thanks to universal efforts can be preserved as a single secular state.

Ctrl Enter
Noticed oshЫbku Highlight text and press. Ctrl + Enter
We are
Military reform as an integral part of the security concept of the Russian Federation: Systematic dynamic assessmentInterview by President Bashar Al-Assad to the Sunday Times
Military Reviewin Yandex News
Military Reviewin Google News
26 comments
Information
Dear reader, to leave comments on the publication, you must sign in.