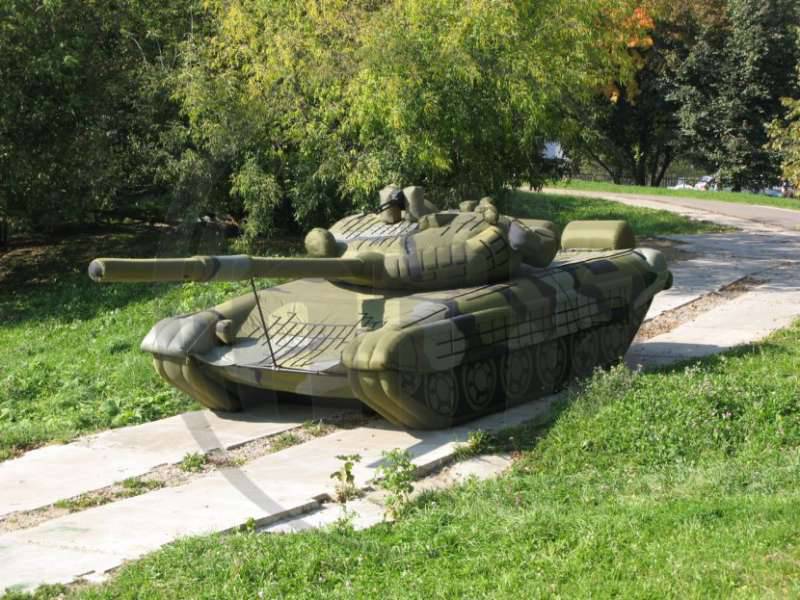 
Despite the proliferation of sensors on the network battlefield, the use of camouflage techniques can nevertheless give the military a tactical advantage.

Modern armed forces are equipped with sensors and systems with advanced technologies that can detect, identify and provide information about the target weapons systems that can strike with unmistakable accuracy.

It may give the impression that the shelter of your units and their weapons using camouflage is useless. But life and practical experience have repeatedly confirmed the ability of the armed forces to effectively use various methods of masking and misleading in order to confuse and achieve a tactical and operational advantage even over an opponent that is superior from a technological point of view.

During the Vietnam War, the successes of northerners transferring reserves along the Ho Chi Minh trail despite prolonged airstrikes by the American aviationwere associated (at least in part) with a tight discipline of camouflage. And after several decades, during the Gulf War, coalition pilots often admitted to attacking the false positions of Iraqi missiles and artillery.

Properly applied camouflage, disguise and misrepresentation can add "ambiguities to the combat situation" and clearly bring great benefits. Optionally, the goal is to completely disable the observation systems and target designation of the enemy, it is enough to raise the level of uncertainty, which makes it difficult for the opponent to conduct a full assessment of the battlefield.

Misleading an attacker may force him to open fire on wrong positions or to launch an attack either too early or too late. In each case, the initiative can go to the one who was able to deceive the opponent.

Going unnoticed for a short time, even for a few seconds, can change the situation radically, forcing the attacker to fight at a smaller distance than he would like, or at a distance more suitable for the defender.

There are also special requirements for camouflage. For example, towed artillery masking systems should allow guns to be maintained and fired, while at the airfield the goal is to make aircraft, equipment or facilities less visible, including by combining them with false objects that are deliberately open.

Much attention, of course, is paid to survivability. All efforts are aimed at reducing the likelihood of penetration and maintaining the mobility or working condition of the vehicle or weapon system.

But survivability also means first of all preventing hit. If the system remains hidden and is not detected, then it will not be captured to defeat and will be able to start the so-called lesion sequence.

If the emphasis is on the protection of the machine, then here is not all clear. Additional booking increases the total weight, which reduces the efficiency of the mobile platform and forces the crew to defend against more powerful and effective weapons. 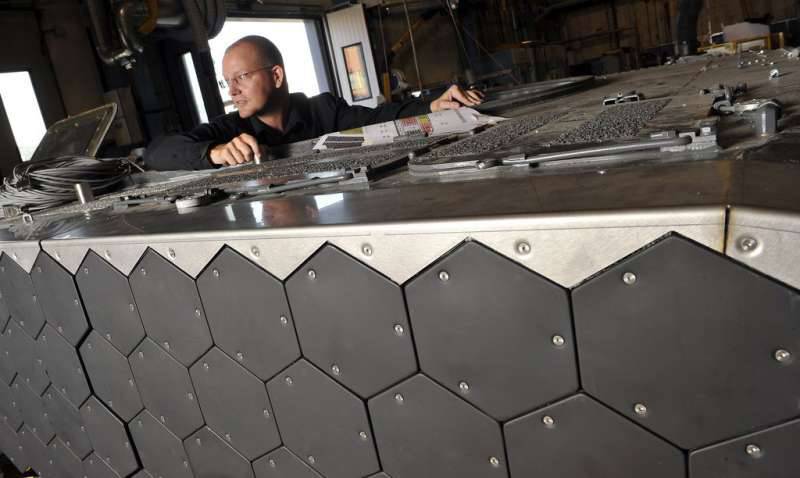 The Adaptiv camouflage system uses an array of hexagonal Peltier plates, which, when energized, can quickly heat up or cool, creating certain images on the body.

Since 50-ies, the Swedish company Saab is a leader in this technology. She has developed many innovative technologies for camouflage and misrepresentation systems, including masking simultaneously in several areas of the spectrum.

MCS is actually a combination of components. A non-glossy 3D surface is attached to the machine, which helps to merge with the environment and prevents visual detection. The parameters of this surface, the colors, the near infrared region of the spectrum and the graphic patterns are similar to the parameters of the area of ​​operation. Also, the system includes deforming form elements. 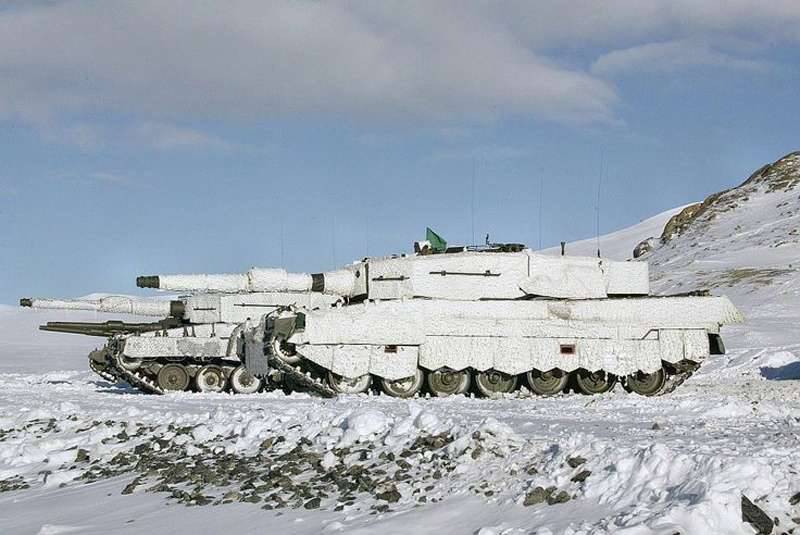 In addition, static camouflage nets can be taken out of storage boxes and stretched to further change the outlines of technology. The MCS camouflage material contains fibers that retain up to 80% of the radiated heat energy, as well as woven materials that absorb and dissipate the heat generated, reducing the thermal signs of visibility.

Elements of the MCS system are configured as a technique, task, external conditions and threat. The newest option is the configuration for urban combat, which is specially made with colors, patterns and properties optimized for the characteristics and regular structure of cities and built-up areas.

The Polish company Miranda also developed the Berberys-R multispectral protective material, which was adopted by the Polish army, including options for the Leopard tank and the Rosomak BMP.

The armies of many countries around the world are increasingly recognizing the need to counter the many sensors. This was illustrated in October 2015, when the Malaysian army announced the deployment of a multispectral camouflage network from local company NH Global for its PT-91M tanks. Mesh structures that reproduce the natural reflection of foliage in the IR spectrum are integrated into the mesh fabric, and also scatter radar signals.

Reducing heat signatures is more challenging because the mechanisms and people generate more heat than the plants, and thermal imagers are sensitive to the levels of heat emitted by various objects.

The German company Blucher Systems has introduced material in which metal fibers are used to reduce visibility in front of thermal imagers and thermal sensors. Ghost woven fabric can be used to weave nets, covers or uniforms, it allows to reduce the thermal signature of what is under it. The material significantly reduces the signature in the ultraviolet, near infrared, and thermal infrared regions of the spectrum (3-5µm / 8-12µm), making the protected object less pronounced compared to its surroundings. 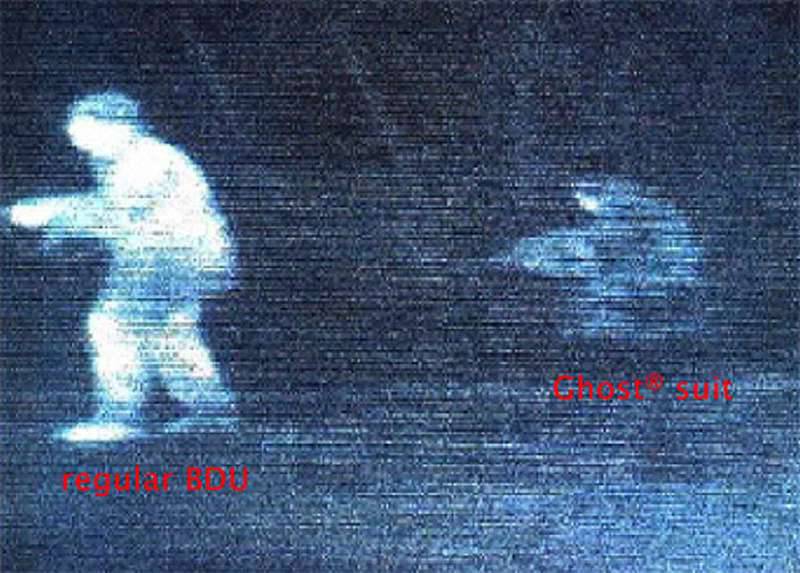 The effectiveness of camouflage is a combination of many factors, and not just the stretching of the mesh over the machine or the position of the implement. A command post or artillery battery located in the middle of an open field, even if closed by the most advanced camouflage system, will still stand out.

In order to be successful, combat units and their commanders must be aware of the influence their actions and dispositions have on reducing or increasing visibility. Western armed forces have become to a certain extent much less concerned about their “tactical signature”. This could have been greatly influenced by the substantial superiority in the airspace of almost all conflicts after World War II. The emergence of UAVs, including small and relatively inexpensive systems, may well change the situation, since even less advanced opponents are able to use such devices.

Methods of misleading the enemy

Another tool that adds "ambiguity" to the combat situation is misleading the enemy. Inflatable dummy targets are easy to transport and deploy, plus they can be relatively inexpensive. The company Inflatech from the Czech Republic offers a variety of models of high accuracy: aircraft, armored vehicles, missile launchers, radar and other equipment and weapons. A spokesman for Inflatech said that "a set of sensors that need to be deceived today requires the development of false targets, also reproducing IR, thermal and radar signatures." Layouts are easily moved and installed by several soldiers in a few minutes by filling them with air from high-pressure cylinders or compressors.

The American company Interactive Inflatables delivers its layouts with low-power generators, which copy the emission of engine heat and gases. The accuracy of the reproduction of these layouts can be such that they are almost impossible to distinguish from real technology even when observed from just a few hundred meters. 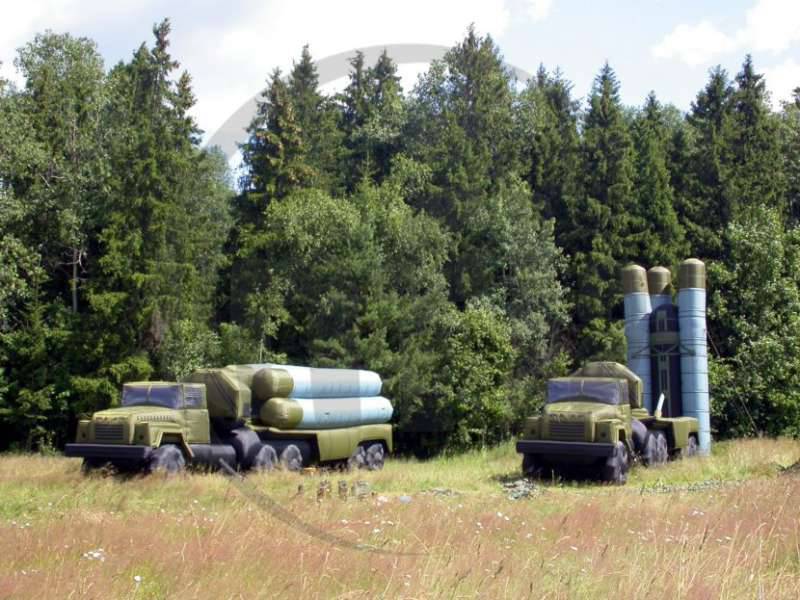 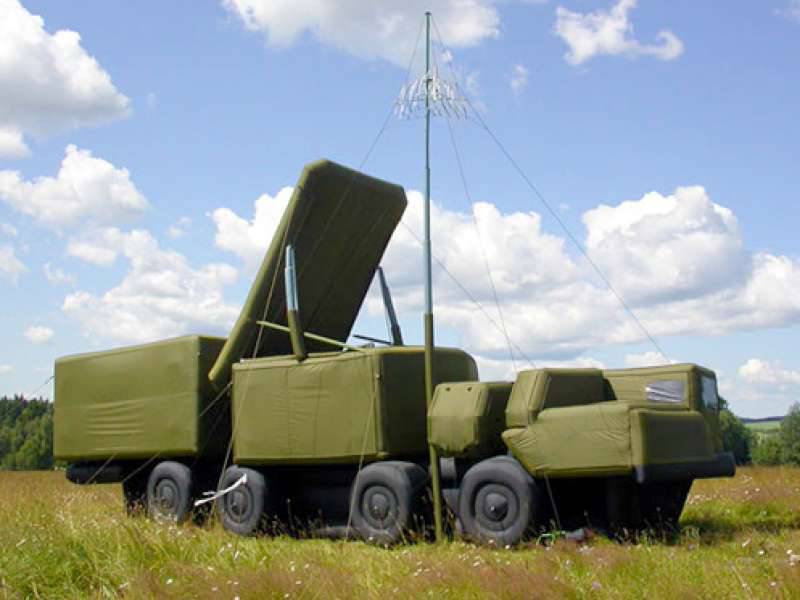 Samples of products of the American company Interactive Inflatables

It is worth noting another interesting product in this area. The Adaptiv system, developed under a contract with the Swedish defense procurement agency, BAE Systems, is designed to deceive thermal sensors. The system uses an array of hexagonal Peltier tiles, which, when an electric current is applied, can be heated and cooled to form specific images.

The project manager Adaptiv explained that “the system copies rather than masks. It either dissolves the car by copying its external environment (background), or it can take on the image of a completely different object. ” He noted that the additional advantage of the Adaptiv system lies in its ability to deceive not only infrared homing heads, but also “smart” homing systems, which distinguish the image and the attacking targets of a particular type.

With the spread of air sensors, air superiority no longer guarantees that you are not being watched. In addition, the accuracy and lethality of not only direct fire, but also mortars, artillery and guided missiles increases the likelihood that if you are detected and identified, you can be killed.

There is reason to believe that camouflage, camouflage and deception of the enemy should receive the same high priority as armor and active defense complexes. Recognizing the capabilities of these tools and mastering them can greatly affect the success and failure of future military operations.