12 May 2016
122
Realizing that the misinformational mockery of the "Immortal Regiment", as well as statements in the style "It would be better to replace the salute on 9 in May, the roads in the country were repaired" are not found in society, nepolivaya intellectuals decided to find a new reason for sprinkling saliva. It all started with the fact that a group of so-called human rights activists suddenly decided to attend to the fact that they began to encounter labor (and unearned) migrants on the streets of individual Russian cities. 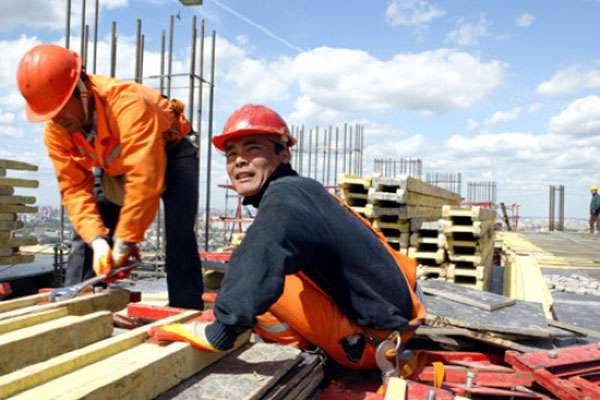 Go, you understand, such human rights activists in Moscow, and instead of Tajik Bakhtiyor, Uncle Vanya sweeps the yard ... They asked in the hope that Uncle Vanya was "at least" from Moldova, but no - he said that from the Bryansk Region he decided to work in Moscow ... And then human rights activists frowned and expressed their concerns: they say, where are Bakhtiyor and Khodzhahmed? .. You understand, where did the “bloody Kremlin regime” separate guests of the capital and other Russian cities, formerly millions of sunny republics come from?

Then they decided to count the number of migrants from Russia who left recently - first of all by the decision of the Russian judicial authorities in connection with the decisions made on expulsion for various reasons.

Before presenting numerical data voiced by non-profit media (such as Medusa, Mr. Kasparov’s website and RBC) and human rights activists (and the Civic Assistance Committee collected such information), you should allow yourself a comment.

It's an amazing thing, but still quite recently, the same non-living media outlets with a malicious grin were telling about the fall of the Russian ruble and that, on this basis, guest workers would literally throw in a shaft from Russia, “leaving the economy in ruins”. And even earlier, the same non-living published materials, which stated that the Russian authorities "sold the interests of Russian citizens, attracting guest workers from the near abroad." That is, at first they were concerned about the influx of migrants, then they attended to the fact that, you see, migrants suffered economic losses due to the collapse of the ruble, and now a new day - new concerns. Why, they say, the Russian courts have more often decided to expel the “guests”. Moreover, issues related to the fact that the majority of those who are being expelled either do not have permission to work in the Russian Federation, or have problems with the law, or both, are non-living horns are hardly interested. For them, the main thing is to raise another wave, on which one can at least somehow try to go to the level of public hype that is desired for them.

So, about the numbers.

Human rights activists from the above-mentioned organization prepared a report with a hinting title: “Administrative expulsions from Russia - legal proceedings or mass expulsions?” The report states that the number of court decisions in cases of administrative expulsion from the Russian Federation from 2013 to 2015 years (decisions in favor of expulsion) amounted to more than 513 thousand. About 98% decisions are associated with the letter of the 18.8 and 18.10 articles of the Administrative Code of the RF.

Art.18.10
Illegal employment by a foreign citizen or stateless person in the Russian Federation.

It is noted that more than others in the issue of expulsion of migrant workers and other guests of Russia who have problems with the observance of the Administrative Code, the capital has succeeded. So, in Moscow in the period from 2013 to 2015, 154,2 made thousands of expulsion decisions. This is against the background of at least 4-5 million migrants who live almost permanently in Moscow.

And human rights activists "sounded the alarm." It is said that if in Russia as a whole there is a decline in the number of decisions made in favor of expulsion, then in Moscow such a decline is not recorded. Where - they say - recession? ..

And human rights activists are “sounding the alarm” about the fact that over the period from 2013 to 2015, the FMS of Russia denied about 1,6 million foreign citizens to enter the territory of the Russian Federation. And among the rejected were citizens of Afghanistan, Iraq, Pakistan, Sudan, Syria, other states. Apparently, human rights activists would very much like to see these ladies and gentlemen as guests in their own apartments and houses, give them their jobs, but the “bloody regime in the face of the FMS” violated their outstanding hospitable plans, literally cutting off 1,6 million potential friends of Russia .. .

Apparently, these anxious human rights defenders are the very people who applaud Frau Merkel's decisions about the policy of the so-called open doors. And if so, then human rights defenders who are concerned about the expulsion of migrants on the basis of court decisions, would be worth taking out those deported under their human rights wing and writing a letter to Angela Merkel asking everyone to accept in the near future. For Merkel, as it turns out from her rhetoric, it is not so important - three million or three and a half, five million or six have arrived - he will say to everyone and find refuge. Until recently, the background of Merkel’s rhetoric was the same: Wilcomen, dear migrant, do you want - pick up the skirts and rape German women in front of the police at the station square, do you want - sleep on the tracks waiting for the whole port quarter to Hamburg , and if you want, come to the chancellor himself for a selfie and a demand to increase unemployment benefits ...

And for human rights advocates and non-living media, the answer is the same: well, haven't you been calling the majority of Russians non-sovereign and non-European lately? And indeed, where are we to the hospitality and tolerance of Merkel, whose speeches in the Bundestag will soon be broadcast in Arabic with German captions ...

Ctrl Enter
Noticed oshЫbku Highlight text and press. Ctrl + Enter
We are
Results of the week. “And let's have a smoke! In our opinion, in Brazil! ”Results of the week. "And in general, the first infantry Vanya will sign the first there"
Military Reviewin Yandex News
Military Reviewin Google News
122 comments
Information
Dear reader, to leave comments on the publication, you must sign in.