OPEC on the verge of death

12 May 2016
23
The head of Rosneft, Igor Sechin, believes that OPEC has practically ceased to exist as a single organization. You can forget about the times of the 1970s, when the cartel determined the conditions on the world oil market. Today "a number of objective factors" prevent "dictate their conditions to the market". Experts remind that today, other members of the cartel, despite the low price of "black gold", tend not to reduce, but to increase production. 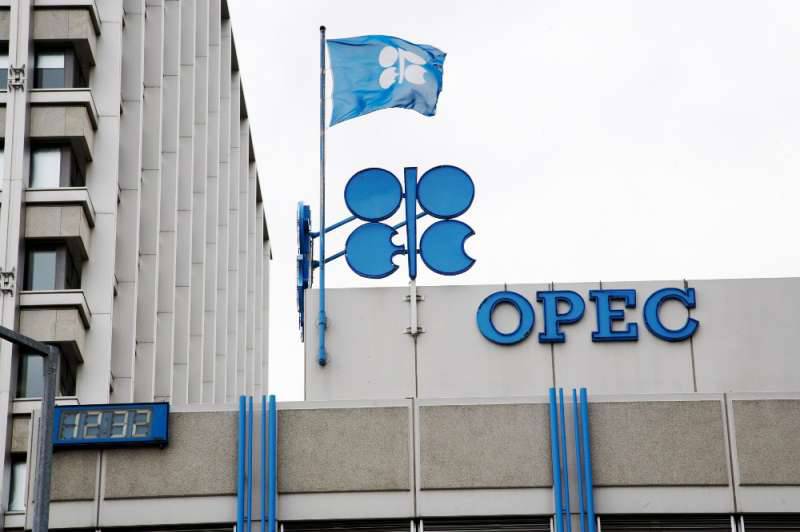 “1970-s, when a number of major producers could determine the global conditions of the oil market by creating cartel structures, such as OPEC, should be forgotten,” Sechin comments, sent by Reuters, via email, RBC.

The main man in Rosneft also noted that now "a number of objective factors exclude the possibility for any cartels to dictate their conditions to the market."

“As for OPEC, it has practically ceased to exist as a single organization,” added Mr. Sechin.

As noted by RBC, Mr. Sechin first made a comment after the April meeting in Qatar, where the world's leading oil producers could not agree on a “freeze” of oil production in order to maintain prices.

Earlier, recalls "Lenta.ru"The head of Rosneft has repeatedly expressed skepticism about the cartel. In addition, he stated that Russia needs to adhere to its own strategy.

In mid-April, we recall, in the capital of Qatar, negotiations took place between representatives of oil-producing states. Analysts were waiting for any agreement of the meeting participants on the “freezing” of oil production, but the expected decision was not followed. The reason for the cartel disagreement is in the special opinion of Saudi Arabia. She suddenly, just before the meeting, refused to sign any agreements without the participation of a new major market player of Iran, and its representatives simply did not go to Doha: they have no interest in cutting production. They have the exact opposite task: to increase the volume of production at least to the pre-sanction level.

The fact that the oil cartel practically ceased to influence the oil market, at the end of April 2016, was also announced by the Minister of Energy of Russia Alexander Novak, who gave an interview RBC.

According to him, “the agreements within OPEC are not respected, quotas are exceeded. OPEC takes no action. ” As a result, unlike the previous decades, OPEC now "does not affect the oil markets in any way."

“For example,” the minister said, “Saudi Arabia is increasing production.” She can do it outside of OPEC, pursuing her own policy. This begs the question: what is the function of the cartel? ”

The Russian minister also noted changes in the situation on the world oil market since 2008. OPEC has no former influence on world markets, since “technologies of shale oil production on an industrial scale appeared, and importing countries that used to buy oil and extracted little themselves, such as the United States, began to significantly increase their own production, thereby reducing the demand for oil ". At the same time, “exporters have no influence on such countries and cannot agree with them: interests are completely different.”

“Previously, any coordination of actions within OPEC and a reduction in quotas significantly influenced the supply of exporters and balanced the market,” Novak said in an interview. - Now, on the contrary, when the price rises, importing players enter the active phase, such as producers of shale oil. In this case, the actions of exporting countries become meaningless: again, supply exceeds demand, the price falls, and so on. ”

In fact, OPEC broke up two years ago, when two groups were formed inside, citing the opinion of Rustam Tankayev, leading expert of the Union of Oil and Gas Producers of Russia "Reedus".

Anna Kokoreva, an analyst at Alpari, says the same thing: “The cartel has been divided into coalitions in recent years, and the main one is Saudi Arabia, Kuwait, Qatar, and a number of other countries adjoin them. And their position in OPEC is dominant. A number of cartel members remain influential, but he, as an integral organization in the aggregate of all its participants, has lost his authority, because, indeed, he does not decide anything and does not influence anything. Affects the opinion of individual earners belonging to the cartel. ”

There was no reduction in production. On the contrary, other members of the cartel, despite the low price, tend not to reduce, but to increase production.

For example, the Saudis have announced their intention to significantly increase oil production in 2016 year. The state-owned company Saudi Aramco intends to increase production at the Scheib field by 33%.

Such government decisions, we add, suggest that the largest oil producers do not consider the possibility of "freezing." It also speaks of a noticeable reduction in the role of OPEC in pricing in the oil market. From now on, the leading players will strive to maintain the maximum market share, and not to increase profits by cartel collusion. Of course, the market will respond to this with another drop in the price of "black gold".