Dancing with bears (The Soul of the East) 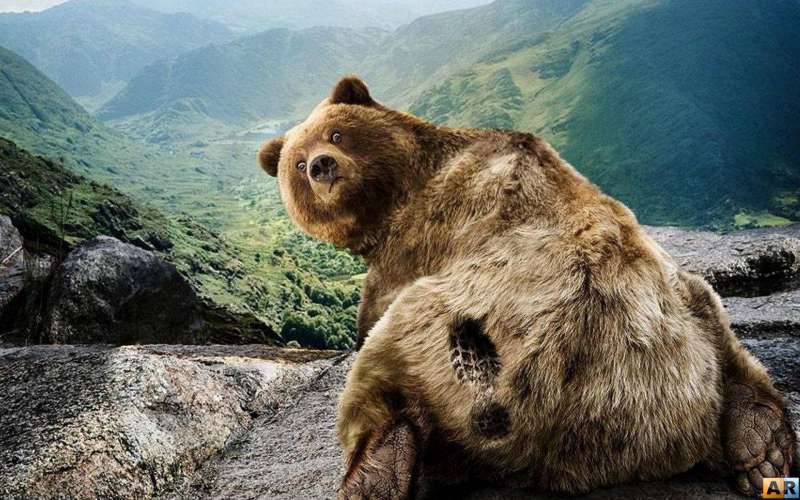 Can one reasonably be considered morally equivalent to the government of Russia, and especially its leader, President Vladimir Putin, and the NATO-led NATO alliance? Are the alleged actions of Russia in eastern Ukraine, in Chechnya and Syria equivalent to Washington’s regrettable invasion of Iraq or the overthrow of Colonel Muammar Gaddafi in Libya? Are those Westerners who express admiration for Russia or sympathy for President Putin - only extremely hypocritical, unprincipled "fans of Russia"?

On the contrary, such accusations look somewhat more than the anxiety of those Westernizers, especially Americans, who are worried that NATO’s too strong criticism and recognition that Russia is acting in a defensive way will make it possible to accuse them not only of “anti-Americanism”, but and in the "work on the Kremlin." Being anti-Russian means moving away from the brink and erasing the stigma of "anti-Americanism."

But to perceive Russia as a mirror image of America and NATO is absurd if you look beyond the moral speculations that can be found in social and alternative media. The retaliatory and fully defensive actions of Russia in Ukraine and Syria can in no way be compared with the unprovoked aggression against Iraq and Libya, carried out by Washington on a couple with the European allies.

The exact scale of Russian participation in Ukraine is a controversial issue, but it is enough to point out that whatever its nature, it arose as a result of a violent, Washington-supported coup d'état carried out by neo-Nazi gangs who ousted a friendly Moscow president and replaced it with a junta, extremely hostile inclined towards Moscow, openly acknowledging hostility towards the Russian-speaking population of Ukraine. In this situation, Putin went on to claim the rights to the historically Russian Crimea, who preferred to break away peacefully from Ukraine, and provide limited support to Russian-speaking activists who opposed the coup in eastern Ukraine, especially after they began mercilessly suppress paid Kiev, ultra-nationalist fighters.

It seems quite reasonable that Russia began to act against hostile actions on its border against a hostile state, a rival force seeking to expand its influence. Considering everything in context, in the context of more than a decade of NATO expansion - an organization that was supposed to be abolished after the collapse of the Soviet Union and the Warsaw Pact - far beyond the borders of Western Europe into the traditionally Russian influence, Moscow’s limited and defensive reaction in Ukraine It looks too small and too late.

Similarly, the recent intervention of Moscow in Syria to protect the weakened government of President Bashar al-Assad in Damascus from Islamist terrorist groups turned out to be equally limited, defensive in front of the United States, Turkey, Saudi Arabia and other countries providing a large amount of weapons and funding to various terrorist groups, including Daesh and other al Qaeda-related organizations. Russian support for a long-time ally, again, is by no means unreasonable and waited for it for a very long time.

The United States cannot provide such allegations about a justified, national personal interest for its eerie and unprovoked invasion of Iraq in 2003, nor can the United States and its NATO allies say the same about the bombings of Libya, which led to the brutal murder of Colonel Gaddafi and to the growth of Daesh and other Islamist terrorist groups and the emergence of field commanders who tore the once developed, stable and united nation, bringing it to civil war and poverty. In fact, we know that US officials, like Secretary of State Hillary Clinton, were eager for the oil and gold resources of Libya. No such charges can be made against Putin in Syria.

So, whatever else you could say about Russia or about Putin, the accusation that they represent the other side of the Washington / NATO coin is simply stupid. Limited operations in the traditional spheres of influence of Moscow are in no way comparable to the policies of Washington, carried out for many decades in all corners of the globe with the overthrow of governments and the invasion of weaker states. Attempts to equate morality are in fact a sign of moral cowardice.

Similarly, those who support Russia in its constant efforts to free themselves from international oligarchic domination want the multipolar world and consider Putin’s leadership a life-giving challenge to the status quo of Western global hegemony. Men and women who are courageous enough to swim against the current should not be rejected as “Kremlin agents” by those who only talk about opposition to the empire, which is trying to enslave us all.