The flight prototype of the Fregat UAV successfully passed the tests

10 May 2016
33
The flight prototype of the UAV of a non-aerodrome-based Fregat successfully passed the tests, confirming the characteristics incorporated in it, and reports RIA News a message from the representative of the developer - Kronstadt company. 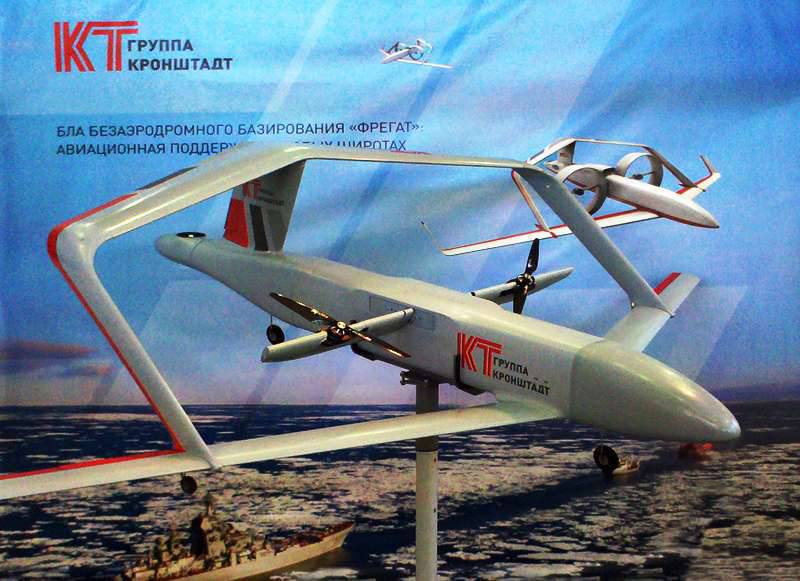 “We have proposed an aerodynamic layout of an aircraft with rotary fan propulsion, aimed primarily at achieving a large flight range (in 2-3 times the range of modern helicopters) and high speed (not lower than 500 kilometers per hour). A flying model was created and its flight tests were carried out, which confirmed the fundamental feasibility of high-speed flight with vertical take-off and landing. ”
Said the interlocutor.

According to him, "" Frigate "will be able to carry up to 1700 a kilogram of payload during takeoff," in an aircraft "and up to one ton - during a helicopter takeoff."

It is reported that "the maximum flight altitude will be 8 thousands of meters, the expected duration is about 10 hours, the device will perform a wide range of tasks: from air monitoring to prompt delivery of cargo."

For the first time, the Fregat project was presented at the MAKS-2015 air show in Zhukovsky.

Ctrl Enter
Noticed oshЫbku Highlight text and press. Ctrl + Enter
We are
Developments in the field of small-sized UAVs with vertical takeoff"Admiral of the Fleet of the Soviet Union Gorshkov" of the 22350 project - transition from St. Petersburg to Kronstadt
Military Reviewin Yandex News
Military Reviewin Google News
33 comments
Information
Dear reader, to leave comments on the publication, you must sign in.