A priceless gift for Victory Day

11 May 2016
15
Forgive me some confusion in the presentation, the emotions overwhelmed, to be honest. We first appeared at a similar event, and even under such a combination of circumstances.


In our life there are many values ​​of different persuasion and different nature. Still, such a thing as memory, I am sure, in spite of any changes that have occurred in our society for the last twenty years, is still valuable and sacred.

Imagine yourself in the place of an ordinary pensioner who lives quietly, one might say, living out his life in the small town of Absheron in the Krasnodar region. The life of a Russian pensioner, so to speak, is not eventful.

And suddenly people come with stunning the news. Get ready, they are waiting for you in the Voronezh region. Your father was found there, missing almost 75 years ago, in the sinister 1941.

If anyone can put himself in the place of a person who has lived his life, not knowing where his father ended up on his way, I can only envy.

Of course, people went. At this age it is not easy. But if the heart is calling, you will reach the edge of the world.

And the background is simple. Working on finding the remains of our soldiers and officers in the Voronezh region, search groups from three regions of Russia, Voronezh, Moscow and Ulyanovsk, found in one of the mass graves the most valuable thing that can be dug up today. Mortal medallion. A small iron capsule in which its contents were miraculously preserved.

Employees of the Podolsk archive were able to restore what was written. And a miracle happened, and you can’t tell otherwise. Son found his father. Private Dudka Nikolai Mikhailovich, 1908, born in Absheron, Krasnodar Territory, is no longer missing. The message came. The soldier returned to service.

And on May 8 Nikolay Dudka was buried along with his, unfortunately, nameless comrades in a mass grave in the village of Kamenka.

They were buried with all the military honors of the Red Army 272 fighter. And only one was identified. Only one. 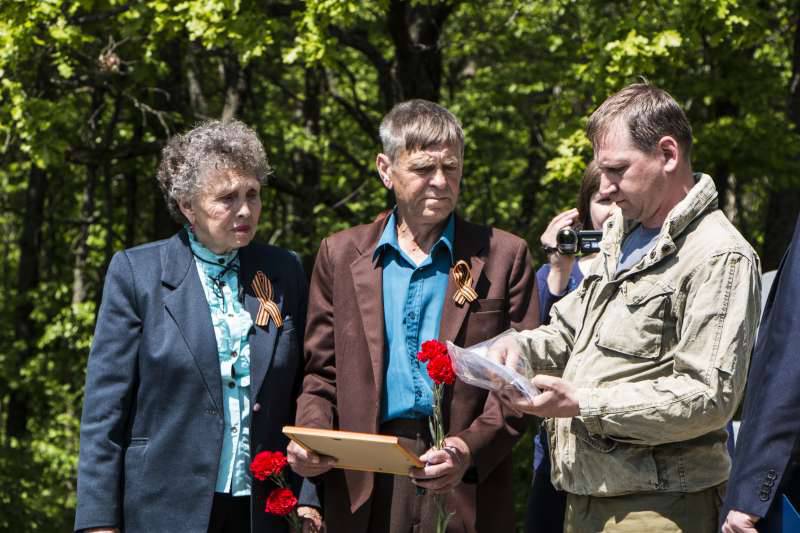 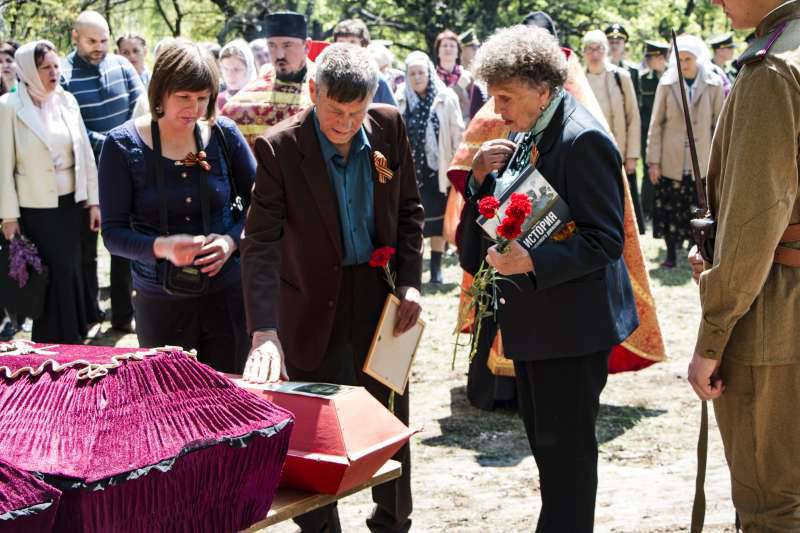 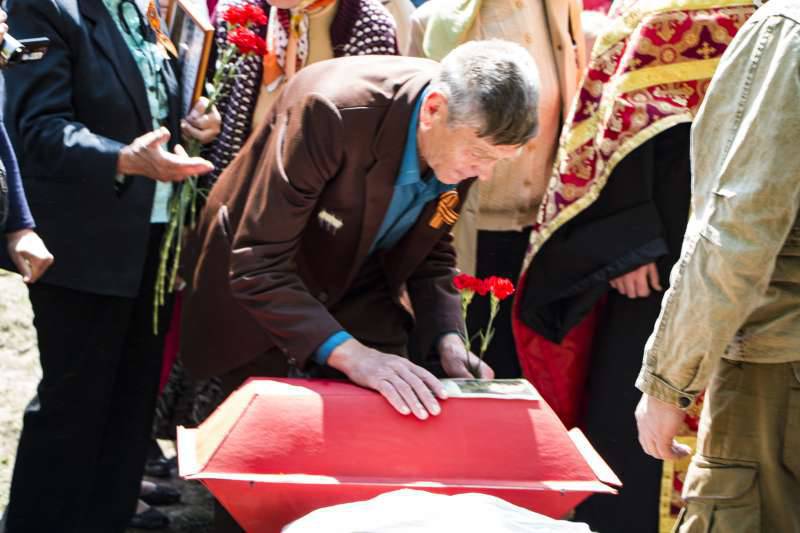 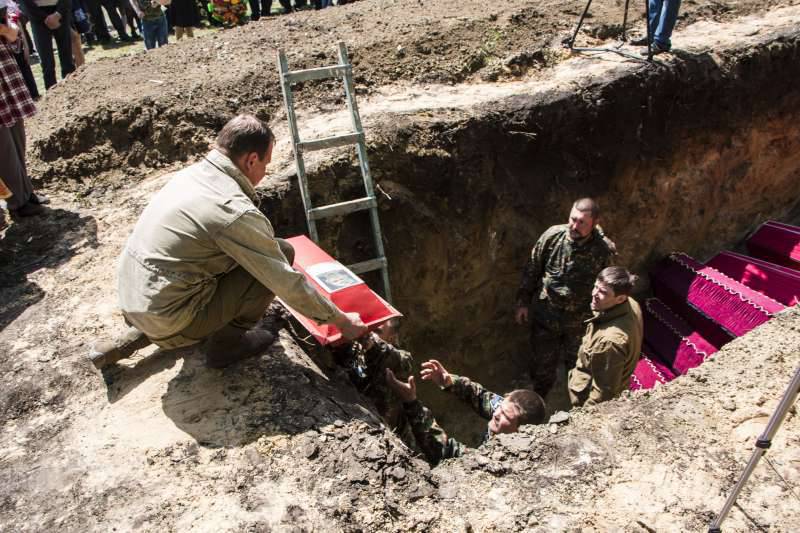 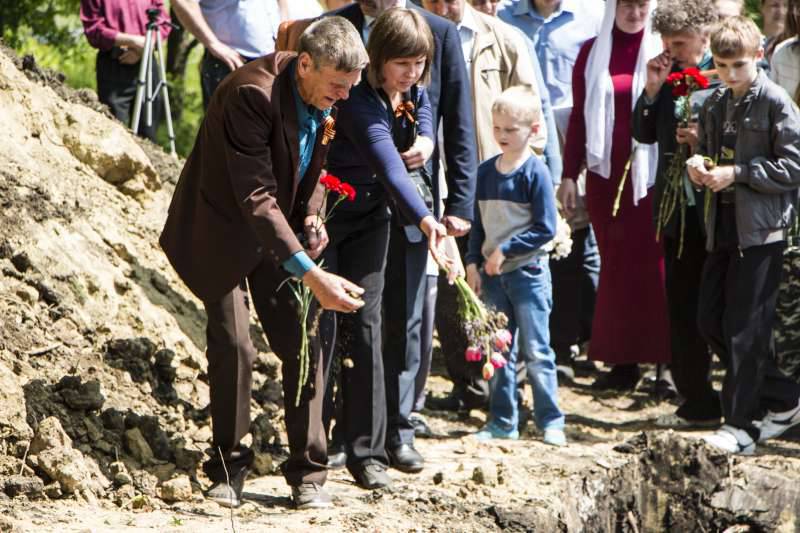 Sergey Nikolaevich Dudka could not say anything. I tried it, but waved my hand and gave the microphone. The spouse spoke for him.

At the burial attended by three hundred people. Considering that there are only about a thousand inhabitants in Kamenka, the number of those who gathered was impressive. There were fathers with a small choir, and soldiers from Ostrogozhsk with a triple volley, and a military band.

Everything is as it should be.

But all those present were in a peculiar mood. I heard one of the grandmothers, who sat on benches specially brought by the organizers, said to her neighbor: "This is the joy they brought to the person, may God bless them all of health ... Maybe I will find mine like this ... I would have died quietly .. . "

To which the neighbor quite reasonably remarked: "You, Natalya, have ten more short ones in stock. We can find them. You would have a prayer for health and would have ordered something for good luck." - "Your truth, must be ordered."

Prayer, of course, does not hurt. But search engines do everything possible to find our fighters and return them their names. And, being present at such an event, and observing everything that happens, imbued with respect and understanding of the importance of their work.

Found son father. Returned to the homeland of a soldier. Few? In our time, given how many more of them lie, not found and nameless, a lot. For each such case brings our victory. And the end of the war. The one about whom Suvorov said that the war was not over until the last soldier was buried.