10 May 2016
33
The strategic bombers Tu-95MS will be equipped with X-101 long-range cruise missiles, reports RIA News the message of the former commander-in-chief of the Russian Air Force Peter Deinekin 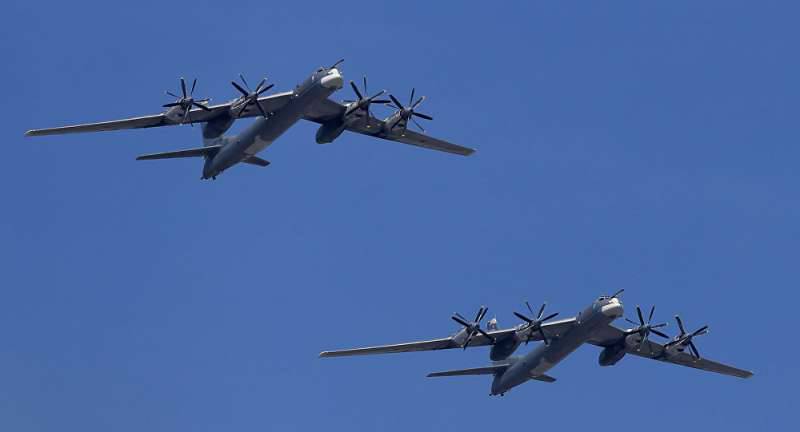 “Foreign military attaches, of course, could not help noticing (at the Victory Parade) the beams that appeared under the wings of the vehicles to mount the latest X-101 strategic long-range cruise missiles. The Tu-95 was originally designed for the use of 16 long-range cruise missiles, but within the framework of the Russian-American agreements, the external beams for their placement were dismantled: the launch equipment and cable tracks to external launchers were removed from the airplanes ”,
told the ex-commander in chief of the newspaper Izvestia.

According to him, the plane does not have to break through enemy air defenses; it can use missiles without leaving Russian airspace.

“There is no need to break through the air defense system - missiles can be launched from our territory. We take a compass and measure a circle of five thousand kilometers, for example, from Smolensk or Petropavlovsk-Kamchatsky, and we get a defeat zone, ”the general explained.

In turn, the commander of the Far aviation Anatoly Zhikharev said that 43 strategists will undergo modernization, which will extend their service life to at least 2025.

“In addition, the aiming-navigation complex will be replaced, which will allow the use of new strategic cruise missiles. Especially for them, the bomb compartment was enlarged on the Tu-95MS, and eight outer beams were installed on which 16 X-101 cruise missiles can be fixed. From their predecessors - X-55 - they differ in increased flight range and non-nuclear equipment ", - says the publication.

Ctrl Enter
Noticed oshЫbku Highlight text and press. Ctrl + Enter
We are
Modernization of the "old" strategic bombersVeterans of the Victory Parade: we saw the military power of Russia
Military Reviewin Yandex News
Military Reviewin Google News
33 comments
Information
Dear reader, to leave comments on the publication, you must sign in.