German media: Attack on people at the station in Bavaria was accompanied by shouts of "Allahu akbar"

10 May 2016
50
German newspaper Süddeutsche Zeitung writes about a terrorist attack at one of the railway stations in Bavaria (the federal state of Germany). A man armed with a knife shouting “Allah Akbar” carried out an attack on passengers who were preparing to get on the train while at the Grahing station near Munich. 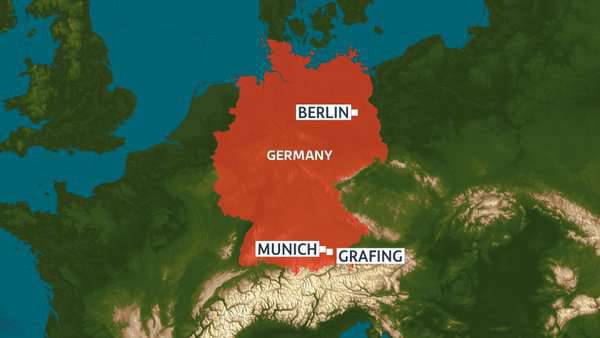 As a result of the attack, at least 4 people received penetrating knife wounds. Two of them are in serious condition. All victims were sent to Munich clinics.

According to the latest data, the attacker is detained. He is a German citizen who has not previously been prosecuted. On the motives for attacking people who were at the train station Grafing, not yet reported. The press service of the Police of Bavaria spread the message about checking the detainee for involvement in the international terrorist network.

It should be recalled that a few days earlier, the CIA said that the American intelligence has information about the presence of "sleeping cells" of terrorist organizations in the territory of Germany.

Ctrl Enter
Noticed oshЫbku Highlight text and press. Ctrl + Enter
We are
The action “Military service under the contract is your choice!” In Rostov-on-Don: future contract servicemen, exhibitions and “Russian Knights”Results of anti-terrorist work on Dagestan in April 2014
Military Reviewin Yandex News
Military Reviewin Google News
50 comments
Information
Dear reader, to leave comments on the publication, you must sign in.