10 May 2016
33
From the May reports on the situation in those sectors of the Syrian and Iraqi fronts, where the militants of the so-called Islamic State take part in the hostilities:


The Syrian government army seized the initiative from the IG terrorists in the province of Deir ez-Zor.

The Iraqi army and militia forces lifted the blockade of the Hadith settlement. The blockade was carried out by ISIS militants for about a year and a half.

Representatives of the so-called Syrian opposition from “Jaish al-Islam” detachments attacked positions of ISIL militants in the east of Damascus province in order to knock out the igilovtsev from the territories under their control.

The Syrian army successfully attacked the positions of ISIS in the east of Homs, knocking out terrorists from their positions in the height of Jebel Gizel.

IG militants were driven out of four villages north of Aleppo. 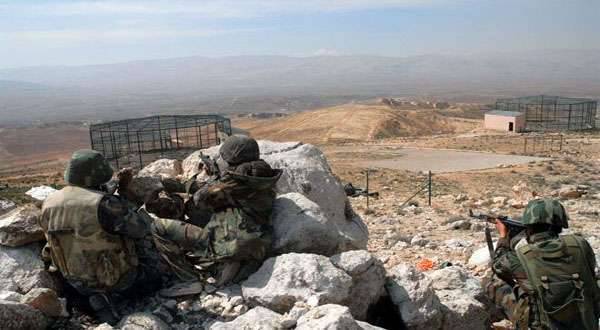 Territories controlled by ISIS have decreased by about a third over the past six months. At the same time, several large groups that are part of the so-called “Islamic State” are cut off from each other and deprived of the opportunity to carry out mutual fire and economic support.

Against this background, the frequent press in the Western press, in which high-ranking politicians and military officials argue about when the terrorist group "Islamic State" will be finally defeated, draws attention to itself. An interesting fact is that the greatest optimism about this is felt in ... Finland. The Finnish brigadier General Petri Hulkko in an interview with local journalists reported on his views on this matter. According to Hulkko, "the situation of the igilovtsy is deplorable." According to the Finnish general, ISIS’s lamentability lies in both air strikes and the igilovtsy lost the lion’s share of their funding. Despite the fact that the overwhelming majority of Western countries did not impose economic sanctions on IS at the official level, traffic for the sale of crude oil turned out to be blocked in a number of areas, which the militants hunted for. In addition, two original financial centers (monetary vaults) of the igilovtsevs were destroyed in Iraq.

Taking into account the above factors, Petri Hulkko said that the victory over ISIL will be achieved "by the end of this year." In this case, the Finnish general adds that for the final defeat of ISIS will require a land operation. Apparently, the use of the Syrian and Iraqi government armies on land against ISIS is not impressive for the Finnish military leader. As the spokesman for the Russian Foreign Ministry, Maria Zakharova, says, we are here, you know, we are trying, we are trying to please, we have lost our feet, but he is not impressed with anything (it was said about British Foreign Minister Hammond, who found a tasteless concert in Palmyra) .

Informational portal Yle quotes Petri Hulkko:
I think that from a military point of view, the IS can be overthrown, and this will happen, say, within a year. I cannot say how far the ideology of the IG or individual cells can be broken, but from a military point of view it is quite clear that the caliphate will be defeated sooner or later. However, this requires an attack from land. Need infantry, which will reclaim the land from the IG.

Whether the general is right about the defeat "until the end of the year" or not right - the question, for obvious reasons, is open. Doing that sort of vangany about when (specifically) with ISIS will be finished is a very ungrateful exercise. However, the main question is not so much “when exactly”, but rather “WHAT is after ISIS?” Here it is worth paying attention to the statements of the Finnish general again, if only because they have a rather important remark. And this remark concerns this: even if what is now called pseudochaliphate, DAISH or “Islamic State”, is broken up in Syria and Iraq, then the Igil ideology and the very ISIL grain will disappear at the same time.

There are quite a few factors that indicate that the ideology of this terrorist movement (and this is the seizure of territories when sponsored by certain foreign benefactors) remains alive. One of the factors is related to the fact that the territories controlled by ISIS have long ceased to be limited to Iraq and Syria. Igilovtsy, as they say, took root in Libya and Afghanistan. The groups under their control operate in eastern Africa - in particular, in Somalia. Moreover, ISIS militants flooded Europe. According to German intelligence, only in the territory of the countries of the European Union, the militants of the so-called "Islamic state" are no less than 400 (these are those who have already managed to make war with weapons in hand). But also Turkey, where, until now, the authorities and power structures have strangely not slammed a finger on the closure of the local training camps of ISIL.
The training bases of militants who swore allegiance to ISIL operate in some states and pseudo-states (for example, Kosovo) in the Balkans.

It turns out that the destruction of ISIS and the announcement of the victory over the terrorist "caliphate" in Syria and Iraq is one thing, and the actual burning out of this destructive ideology around the world (which is, to put it mildly, very problematic) is quite another.

As is known from stories, benefactors for adherents of various kinds of extremist, terrorist, Nazi and other similar groups have always been. After the end of the Second World War, quite a few representatives of the Nazi elite rather quietly moved from Europe to the American continent - both to North and South America. As is well known, numerous descendants of those who once burned people in Khatyn and organized the Volyn massacre live in Canada, who swore allegiance to Hitler, trying to prove this very loyalty at any price, even if this price is a brutal murder of children and the elderly.

There will still be those today who decide that a shelter for thugs should be organized, especially if one considers that these thugs have been nurtured by the benefactors themselves from the “civilization of the world and good”. They will be found for the simple reason that, after a while, the thugs may again need them - in one form or another, perhaps under the new “sauce”, but with a “timeless” ideology of chaos and blood. And if suddenly the benefactors do not wish to be, the thugs of the same ISIL themselves managed to prepare for themselves numerous bridgeheads (septic tanks), where you can wait, lick the wounds and re-embody those plans and tasks that were originally set before them by their creators. For the creators do not wish to bury their creature by definition. There is only one logic: what if it (creature) comes in handy again ... It’s generally difficult to believe the opposite when the expenditure side of the military budget of a single state exceeds 600 billion dollars and whose military bases are three to four times more than the countries themselves this planet.