Deadly S-500: ready for war at an altitude of 200 kilometers (The National Interest, USA) 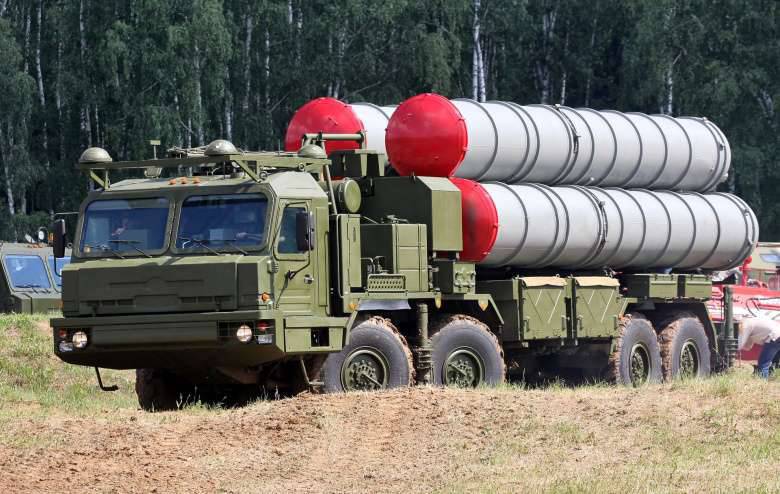 In the near future, the first samples of a new anti-aircraft missile system S-500 concern "Almaz-Antey" may enter the Russian Army. At the same time continue to test modern complex C-350 «Hero», which over time will replace the air defense systems S-300PS.

“We expect that the first samples of the C-500 anti-aircraft missile system will be delivered to the troops soon,” Lieutenant-General Viktor Gumenny, commander of the air defense forces of the aerospace forces of Russia, told the Russia 24 television channel, TASS news agency reported.

The new facility, which will occupy the top tier of layered single Russian air defense system will be able to fight with the targets at altitudes of about 200 km. This means that the C-500 be able to hit the approaching enemy ballistic missiles at a range of 640 kilometers. The first regiment of new anti-aircraft missile systems to defend Moscow and central Russia.

It is expected that C-500 be able to detect and also to strike 10-minute ballistic missile warheads flying at a speed of seven kilometers per second. In addition, the system is equipped with interceptor missiles with active radar homing head, what is its similarity to the THAAD system (missile range of the mobile ground-based for high-altitude extra-atmospheric intercept medium-range missiles) company Lockheed Martin.

Like all modern Russian air defense system, C-500 should be highly mobile and have a whole network of radar, interception and providing guidance to the target at long distances. It will be used by combat control radar 91N6A (M), a modified radar detection and capture 96L6-CPU purposes, as well as new multi-mode missile radary76T6 and 77T6, as reported edition of Missile Threat institutions of George Marshall and Claremont.

Meanwhile, tests of the mobile air defense and missile defense system C-350 Vityaz are already being conducted in the Russian armed forces. This new system will replace the older C-300PS and will complement the Buk-M3, C-300BM4, C-400 and C-500 complexes.

On-350 equipped with radar electronically scanned phased array and the new command and control machine. Typically, the complex includes the control machine, two radars and eight launchers. The complex C-350 uses the same missiles with active radar homing head, that of the C-400, which can hit targets at a distance of 120 kilometers and at an altitude of about 30-five kilometers. The complex is able to fight with 16 objectives simultaneously, with complete 32 missiles.

The Russians intend to tie together C-500 and other such systems as C-400, C-300BM4, C-350 and others, creating a single integrated air defense network. As one industry expert from the United States noted, although the Russian military-industrial sector was very badly damaged as a result of the collapse of the Soviet Union, Moscow somehow managed to continue the development of modern air defense systems, retaining mostly their combat capabilities. Some samples of these new systems are so perfect that many American commanders fear that even invisible airplanes such as the F-22, F-35 and B-2 will face problems in overcoming them.