Crimea has been a part of Russia for two years now - it's time to lift sanctions (Cato Institute, USA) 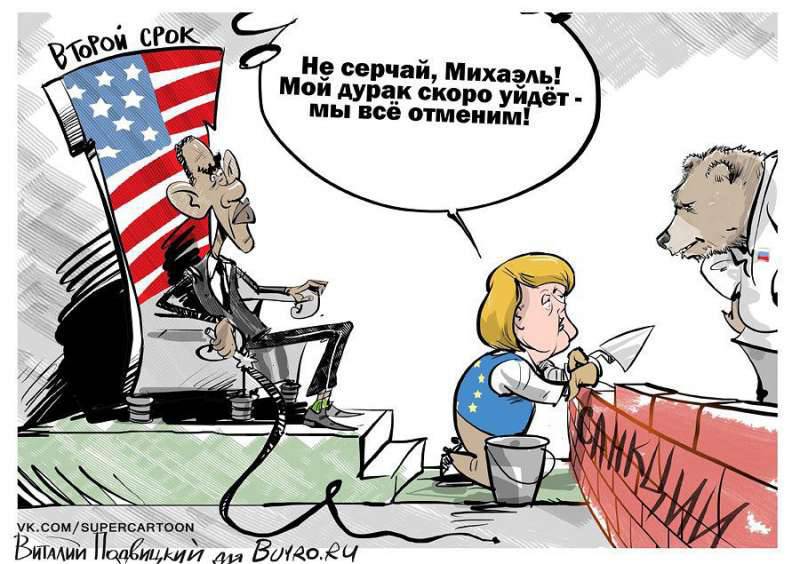 Two years ago, Russia seized the Crimea from Ukraine. After that, the Western Allies imposed economic sanctions, but their impact was insignificant. No one believes that the Crimea, the former six decades ago, the Russian peninsula, intends to return to Ukraine.

Nevertheless, the European Union called on other countries to join an ineffective boycott. However, most states refrained from participating in this conflict. They are not going to declare an economic war of a faraway nation that has done nothing wrong to them.

Although Washington, which has less commercial interests, continues to be among the most zealous supporters of sanctions, Europe is divided on this issue. Opposition arose with regard to the routine extension in July of restrictions relating to the Russian banking system, the energy and military industries. Cyprus, Greece, Hungary and Italy are particularly skeptical about the ongoing economic war.

Supporters of sanctions insist that Russia more fully comply with the provisions of the Minsk agreements and cease to support the separatists in the east of Ukraine. “Today, Russia faces a choice: the continuation of damaging economic sanctions or the full implementation of the provisions of the Minsk agreements,” said Secretary of State John Kerry.

However, the intensity of the armed conflict has decreased, a political crisis is in full swing in Kiev, and some Ukrainians are not sure that they want the separatists to return. And, indeed, Oksana Syroyed, vice-speaker of the Ukrainian Rada, blocked the passage of a constitutional amendment that provides autonomy to Donbas. “We need to stop thinking about how to resist Putin or how to please all our partners,” she said.

Brussels may face an unpleasant situation - Russia fulfills its obligations, while Ukraine violates the terms of the deal. “Both parties must comply with the agreement,” complained German Foreign Minister Frank-Walter Steinmeier.

Targeted sanctions against individuals and corporations have a certain appeal. However, there is little evidence that they are more effective than larger measures.

The latter turned out to be painful for the Russians, but they did not turn them against the government. Moreover, Western penalties slowed or even reversed the liberalization of the Russian economy, as business became even more dependent on government support.

The belief that the extension of sanctions for a short period will force Moscow to capitulate indicates the triumph of hope over experience. Instead of reflexively continuing the sanctions, Western states should reconsider their policy towards Russia.

Vladimir Putin is not a pleasant guy, but in this sense he is not much different from other authoritarian rulers. In geopolitical terms, Ukraine means significantly more for Moscow than for Europe or for America. Russia will always spend more money and risk more in order to protect its security interests at its borders. And the West has done a lot to challenge Moscow, including encouraging a street uprising against a democratically elected president. This does not justify rude actions on the part of Russia aimed at dismembering its neighbor, however Putin acted predictably and rationally. He is not a revived Hitler and not a revived Stalin - he is a traditional king. Putin has never demonstrated a desire to devour non-Russian peoples.

Therefore, as I noted in Forbes magazine, “Allies should discuss a way out of the sanctions framework in which they are stuck. They can abandon the economic war, promise to stop the expansion of NATO and its approach to the Russian borders (the most important thing is not to include Ukraine), reduce the military support of Kiev and encourage Ukraine to look both ways economically.

Moscow could stop supporting Ukrainian separatists, it could cooperate in restructuring Kiev’s overwhelming debts, accept Ukraine’s economic ties with the European Union, hold a referendum on the status of Crimea internationally and accept any result from the chaotic Ukrainian political system. ”

Kiev, of course, is independent and free to decide its own future. However, Ukrainians must choose their own path, fully aware that no one in the West is ready to start a full-scale economic war, not to mention a military conflict, with a nuclear weapons Russia because of the status of Kiev.

The United States and Europe, determining their policy towards Russia, should not forget that the best is the enemy of the good. Economic sanctions mainly act as a moral statement, but other means are more suitable for this.

At the same time, there are many important issues in which the West can benefit from Russian assistance. Two years have passed, and it is time to make a deal with Moscow.