Is war with Russia possible? (The Nation, USA) 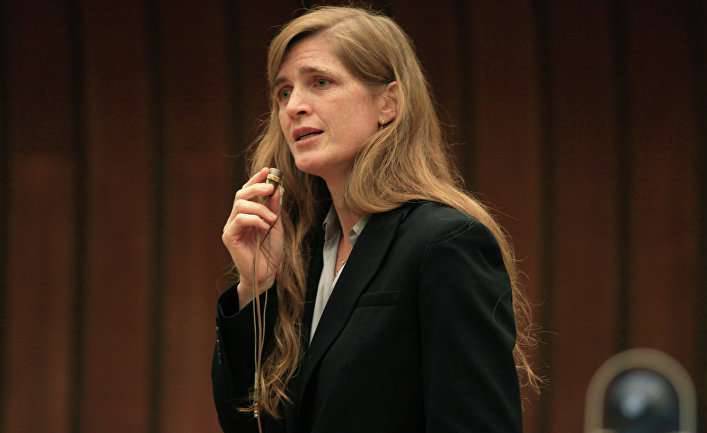 The US is undermining opportunities for cooperation with Russia in Syria, in Ukraine, while simultaneously increasing NATO’s military presence alongside Russia.

Nation writing editor Stephen Cohen and radio host John Batchelor continue their weekly discussions about the new US-Russian Cold War after two weeks off. Cohen complains that in the past two weeks, the Obama administration has been undermining cooperation with Moscow on three fronts of the Cold War.

Refusing to accept President Putin’s convincing arguments that the Syrian army and its allies are the only ground force effectively acting against the Islamic State (at the moment, events are unfolding around the key city of Aleppo), Washington and its submissive press condemn the Syrian-Russian campaign against the "moderate" fighters against Assad, among whom there are also quite a few jihadists. The Geneva peace talks, which Kerry’s State Secretary and Russian Foreign Minister Lavrov were able to achieve, were in jeopardy. As for the confrontation around Ukraine, which continues against the background of how this country is slipping deeper into the political and economic crisis, the Minsk Party was the main hope for ending the civil war and indirect war in this case. However, their implementation was practically disrupted at the UN, when the US representative Samantha Power (Samantha Power) stated that they are demanding that Russia return the Crimea (in fact, the Crimea is not even mentioned in them). Meanwhile, in Europe, public opinion is leaning towards the lifting of sanctions against Russia - at least the results of the Dutch referendum on Ukraine’s admission to the European Union and voting in the French parliament on the issue of sanctions speak about it. However, the Obama administration - and not only Ambassador Power, but also President Obama himself - is actively lobbying, seeking to preserve the sanctions, the vote on which should take place this summer.

Meanwhile, the US-led NATO alliance continues to build up its land, sea, and air forces at and near Russian borders. Not surprisingly, Cohen notes that Moscow responds by sending its aircraft to American ships passing close to the Russian naval base in Kaliningrad. At the same time, it is strange that Washington and Brussels, two decades in a row advancing their forces to the Russian borders and now increasing their military presence in the region, accuse Moscow of “provocations against NATO”. Who, asks Cohen, who “provokes”, and who against whom “shows aggression”? Such NATO actions, he adds, can only arouse the Russians' memories of the German invasion 1941 of the year - that is, the latest episode, when such hostile military forces accumulated on the Russian borders.

In addition, Cohen recalls the influential Kremlin faction, which has long argued - behind closed doors, of course - that the West, under the leadership of America, is preparing a full-fledged "hot war" against Russia. These people believe that Putin did not prepare the country for the war properly, either in domestic policy or in foreign policy. In the past two weeks, the Russian political struggle came to the surface when three prominent representatives of the Russian elite accused Putin (who is directly and who is hidden) that his government, headed by Dmitry Medvedev, is the “fifth column”. This faction does not seek to overthrow Putin - he has no alternative, and he has a very high rating (exceeding 80%) - but he wants a change of government and political course. It requires the mobilization of the economy in the Soviet spirit, preparation for war and a more active military policy abroad - especially in Ukraine. In the end, Cohen asks a question: is the US and NATO leadership moving towards a war with Russia, unconsciously or actively seeking conflict?

Ctrl Enter
Noticed oshЫbku Highlight text and press. Ctrl + Enter
We are
Results of the week. “I saw a lot of psychos, but this place is a reserve”Syria: Americans scare themselves, and Asma Asad buys chairs
Military Reviewin Yandex News
Military Reviewin Google News
81 comment
Information
Dear reader, to leave comments on the publication, you must sign in.