71-th anniversary of the Great Victory

9 May 2016
279
Today, the country celebrates the 71 anniversary of the Victory in the Great Patriotic War - the bloodiest war in stories Russia (USSR), and in the history of all mankind. Millions of claimed lives and crippled destinies, thousands of destroyed villages, villages and cities, a blow to the infrastructure of a huge country. The strength of the enemy was colossal, but the Nazi beast, having met a truly heroic resistance, was eventually defeated. The Soviet people made the greatest feat in history, confirming that there is no force that could break the popular will, based on true unity and the right cause.


The inimitable voice of Yuri Levitan heralded the Great Victory, which waited long 1418 days and which gave the multinational power a powerful impetus to development.

For many years it was not customary to say that the victory of the May of 1945 is not only the victory over Nazi Germany. Other countries were also going to conquer the Soviet people, each of which at one time joined the Hitler coalition. Hungary, Italy, Romania, Finland, Bulgaria, and Slovakia had their own views on the conquest of the Soviet Union. Parts and formations from Spain, Norway, Croatia, Denmark, and France fought against the Soviet soldiers. Thus, the 638 th French Infantry Regiment is officially considered to be the only foreign formation of the Wehrmacht, which, together with German forces, led the attack on Moscow in the 1941 year. In addition to the French proper, the 638 French Infantry Regiment included representatives of numerous French colonies - Arabs and Africans. This is to the fact that much more often in the historiography of the Great Patriotic War the evidence of the participation in the war of the French fighter aviation regiment “Normandie-Neman” (on the side of the USSR) is mentioned, but of the French who, under the guise of fighting Bolshevism, crossed the borders of the Soviet Union to contribute its bloody contribution to the spread of fascist contagion, to mention it was, as they say in certain circles, politically incorrect.

Victory Day is celebrated around the world - and this is not a figure of speech. Thanks to enthusiasts, volunteers, employees of Russian diplomatic missions and cultural celebration centers and memorial exhibitions held in Beijing (China), Doha (Qatar), Buenos Aires (Argentina), Riga (Latvia), Berlin (Germany), Sofia (Bulgaria) and other cities. An increasing number of people are joining the action "Immortal Regiment", which aims to preserve the memory of each of those who approached the Great Victory. The organizers of the action in Moscow alone on the march of the "Immortal Regiment" are waiting for at least half a million people! The processions with portraits of participants of the war took place in Ireland, Spain, Sweden, Italy. Russian diplomats, representatives of emigrant communities entered with the portraits of their relatives, veterans on the streets of cities in Europe, Asia and Latin America. 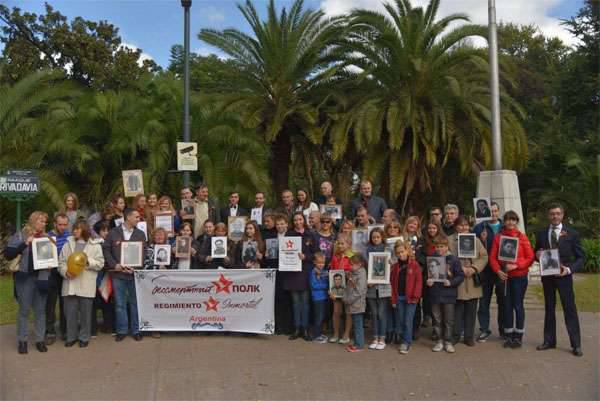 Traditionally, military parades are held in Russian cities, in which the main participants are the people who forged victory on enemies at the front and in the rear.

Preparation for the Victory Parade in Voronezh (a tribune for veterans and officials is set up in the city center): 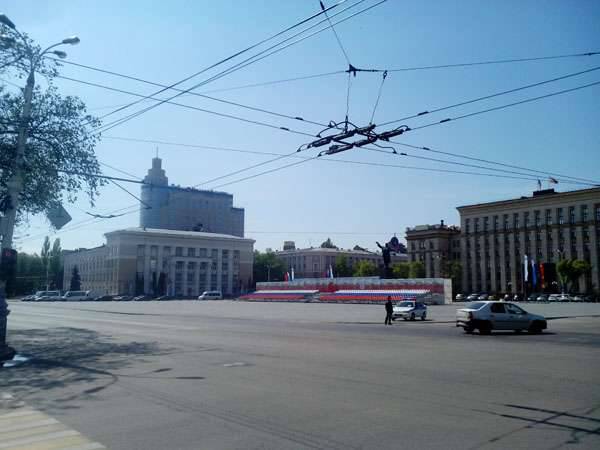 Considerable interest is the passage during the Victory Parade of military equipment. Last year, the attention of literally the entire interested world was focused on the appearance of the latest Russian armored vehicles on Red Square in Moscow, including the T-14 tank on the Armata platform. 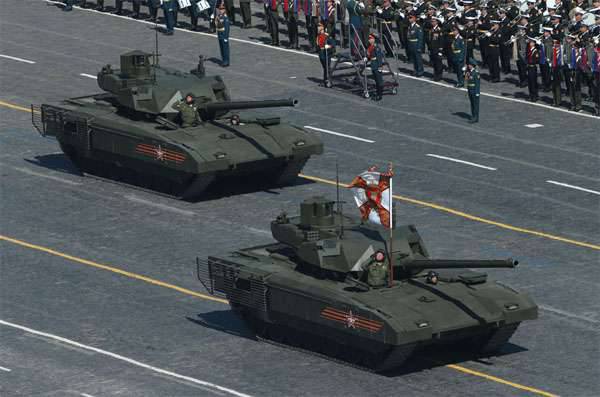 These Tanks take part in a military parade today.

"Military Review" congratulates all our readers on the main holiday of our country - Victory Day!

Historical footage of the arrival of the first Victory train to Moscow: