Media: Tokyo proposed a new approach to solving the issue of the "northern territories"

7 May 2016
138
Moscow proposed a new approach to resolving the issue of the Kuril Islands, said Japanese Prime Minister Shinzo Abe after talks in Sochi with Vladimir Putin. This is with reference to the agency Kyodo reports RIA News. 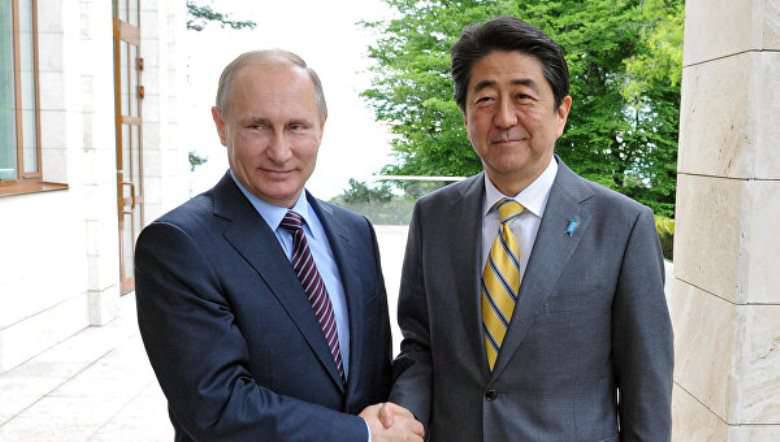 The Kremlin, in turn, noted that "the theme of the Kuril Islands was raised at a meeting of Putin and Abe in a very constructive way."

According to the press secretary of the President of the Russian Federation, Dmitry Peskov, "contacts will be continued at the level of the ministries of foreign affairs."

According to the Japanese newspaper Nikkei, Abe offered Putin a plan from 8 points.

“The plan is aimed at the development of innovative areas in Russia. The document, in particular, includes provisions on the construction of plants for the processing of liquefied gas, air harbors, ports, health facilities and other infrastructure, first of all - in the Far East ", - stated in the publication.

In parallel with the cooperation, Tokyo "will attempt to achieve progress in resolving the issue of the" northern territories "(Kunashir, Shikotan, Iturup and Habomai islands)," the newspaper writes.

The publication notes that the novelty of the approach lies in the fact that for the first time economic cooperation began to be considered in isolation from the peace treaty, under which Tokyo primarily sees unresolved problems with the Kuril Islands. Previously, these problems were put at the forefront in any negotiations, which led to a significant reduction in joint projects with Russia.