6 May 2016
116
Today, the frigate “Admiral Grigorovich” left the base in Baltiysk and began an inter-fleet transition to a permanent place of deployment in Sevastopol, reports RIA News the press service of the Ministry of Defense. 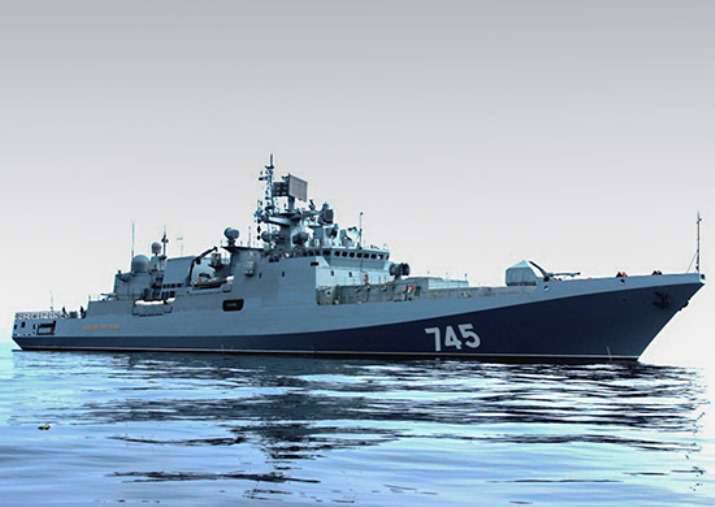 “The readiness of the ship for the inter-fleet crossing on the eve was checked by a commission of the Main Command of the Navy under the leadership of the Deputy Commander-in-Chief of the Russian Navy, Vice Admiral Alexander Fedotenkov,” the message reads.

“By order of Admiral Korolev, the Commander-in-Chief of the Russian Navy, we checked the professional level of the crew’s training, the readiness of the material and technical part for the inter-fleet crossing. The ship is ready to fulfill the task of moving to a permanent base on the Black Sea Fleet, ”the press service of Fedotenkov quotes.

It is noted that the "frigate" Admiral Grigorovich "will arrive at the main base of the Black Sea fleet, the city of Sevastopol, at the end of May. "

Ctrl Enter
Noticed oshЫbku Highlight text and press. Ctrl + Enter
We are
The action “Military service under the contract is your choice!” In Rostov-on-Don: future contract servicemen, exhibitions and “Russian Knights”"Rostov-on-Don" is preparing for the inter-fleet crossing and deep-sea testing
Military Reviewin Yandex News
Military Reviewin Google News
116 comments
Information
Dear reader, to leave comments on the publication, you must sign in.