Military equipment from the Netherlands arrived in Estonia

6 May 2016
71
The Estonian port city of Paldiski arrived from the Netherlands military equipment, which will be involved in the international exercise "Spring Storm", transmits RIA News message of the Estonian Defense Ministry. 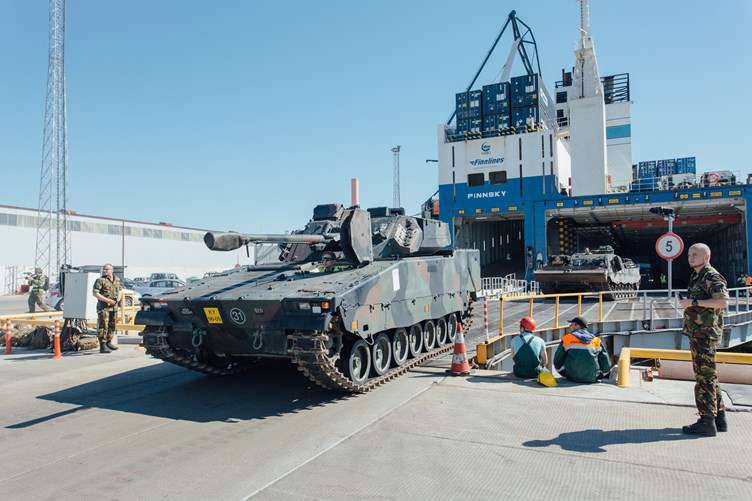 “As part of the motorized infantry company of 44 battalion 43 of the mechanized brigade of the Netherlands Armed Forces, more than 70 vehicles arrived in Paldiski, including 14 CV9035 infantry fighting vehicles, five support vehicles installed at the base tanks Leopard 1, and other equipment ”,
says release.

Earlier, the ministry reported that the “Spring Storm” exercise is the largest for the Estonian defense forces this year. Nearly six thousand servicemen take part in them, of which over 1,5 are thousands - representatives of NATO allies. ” Maneuvers will last until May 19.

In addition to Estonians, divisions from Belgium, Germany, Britain, the Netherlands, Lithuania, Latvia, Sweden, Finland, Canada and the United States take part in them.