On the dome of the Reichstag

6 May 2016
56
By the number of Heroes of the Soviet Union who received this high rank during the Great Patriotic War, the Tatars were in fourth place after the Russians, Ukrainians and Belarusians (in percentage terms, Mengel Olys was in second place). One hundred sixty one Tatar hero. Is it a lot or a little? And is it possible to measure the feat with the help of numbers? If we consider that the Tatars are relatively few people, this figure looks weighty and suggests that our fellow tribesmen performed feats on a par with the Russians, Ukrainians and Belarusians and did not spare their lives for the good of common victory. 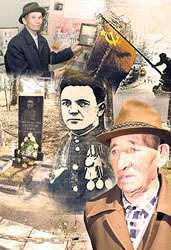 Senior Sergeant Gazi Zagitov, who in April 1945 as part of the group of Captain Vladimir Makov, was the first to hoist the Victory Banner over the Reichstag's highest point, the sculptural group “Goddess of Victory”, was rightfully to be the hero of the Soviet Union. For the sake of political conjuncture, Russian and Georgian heroes were appointed as heroes - Yegorov and Kantaria, whose name was announced to the whole world. Zagitov never received a hero, although he was repeatedly presented to this title - during his lifetime and after his death. The Tatar warrior saw no benefits, no honors, and died in an 1953 car accident in August. The whole truth about 30 April 1945, he took with him to the grave. Glory to others. And the feat turned out to be useless to anyone and was completely forgotten about it.

It is considered that heroes are some special people who almost do great deeds from the cradle. Gazi Zagitov was the most ordinary person - one of the millions of “Homo Sovieticus”, a cog in a huge machine called the Soviet State. Did he dream of exploits in childhood?

It is possible that yes. After all, he, like most of his peers, was brought up on films about Chapaev, admired the feats of Budyonny, dreamed of putting Voroshilovsky's shooter on his chest. Yes, and his very name - Gazi, which translates from Arabic, as "winner, warrior", as if it was sent to him from above by those who know all about human destinies.

The pre-war biography of Gazi Kazykhanovich Zagitov is not well studied. However, this is understandable. Who dealt with the former front-line soldier, whose feat was not enshrined in the official tablets? It is only known that he was born in 1921 year in the village of Yanagushevo (Yana Kosh), now Mishkinsky District of Bashkortostan. Gazi Zagitov received his primary education in his native village, and later graduated from the Uryad seven-year school. In 1938, he entered the Birsk Medical College and studied there until August of the 1940 year. After the third year, a former student was drafted into the army. Zagitova was sent to Tallinn, where he graduated from the junior commanders courses.

From 22 June 1941, Gazi Zagitov at the front. The path he took to Berlin, his participation in hostilities, the feats he accomplished - all this is a clean sheet for those who are interested in his biography. The award list signed by 1 on May 1945 of the year indicated that Zagitov in 1943-1944 had been awarded the medals "For Courage" and "For Military Merit", the Order of Glory III. This fact suggests that Senior Sergeant Zagitov received his awards for taking part in heavy battles, since private soldiers and sergeants could earn their medals and orders only on the front line. 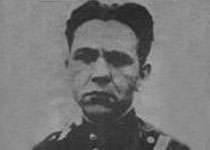 Spring 1945 of the year Gazi met in Berlin as an artillery - reconnaissance 136-th army Rezhetskaya gun artillery brigade. The culminating days of a long-term, bloody war began. Quarter by quarter, Soviet troops occupied the capital of the Third Reich. In late April, they approached the Reichstag. It remained to put the final point, to take the last springboard, which would mean that the war was over. Everyone understood that it would not be so easy to take the Reichstag, since the Germans had nothing to lose.

Two months earlier, at the Yalta Conference, it was decided that Soviet troops would take Berlin. On the one hand, this emphasized the significant contribution of the Red Army to the victory, and on the other, none of the allies did not want to send their soldiers to the bloody massacre, where they could not have done without numerous casualties. According to recently released data, Soviet troops lost up to one million soldiers and officers during the Berlin operation (wounded and killed).

The goal has been set. No one considered human lives. But when it came to taking the Reichstag, everyone understood that to go there first was to pave the way for the rest of us, at the cost of our lives. Nine Banners of Victory were prepared, which the brave volunteers volunteered to plant. It is hard to imagine what motivated these people - patriotism, adventurism or something else. To die in the last days of the war for the sake of a propaganda gesture that did not change anything in the current situation, not everyone wanted. Recently, in the newspaper "Izvestia", military photojournalist Anatoly Morozov recalled that when he was making the stage shot of "Egorov and Kantaria hoisting the Victory Banner" and was messing with the camera for too long, Kantaria begged: "Well, maybe that's enough already! And after all, they can kill. It will be insulting.

Gazi Zagitov and his comrades - V.Makov, A.Lisimenko, A.Bobrov and M.Minin thought differently. These were simple Soviet people who, without hesitation, went to a clear death in order to establish the symbol of victory over the Reichstag. Among them was Alexey Bobrov, twice convicted, who, in theory, should not have any special sympathy for the Soviet regime, but even he showed incredible courage and patriotism.

On April 29, members of the assault group made their way to the Germans and targeted our artillery fire on the Reichstag. The house in which they were located was surrounded by Germans, but the soldiers did not surrender. Acting with machine guns and grenades, they exterminated the Germans 40 in this battle and kept the house until our infantry approached. 30 April during the storming of the Reichstag Zagitov first broke into the building, but at that time was wounded in the chest. The bullet passed a centimeter from the heart and pierced his party card. In addition, his left hand was injured. Despite being seriously wounded, Senior Sergeant Zagitov and his friend, Sergeant Minin, climbed on a metal chain to the Reichstag Tower and installed the first Victory Banner. Having fulfilled their duty, they did not hurry to go back. Bleeding gazi Zagitov guarded the banner all night and only in the morning of the first of May was sent to the hospital.

Around the same time, banners were hoisted on other points of the Reichstag. By the way, one more Tatar participated in one of the battle groups - Grigory Bulatov, who with the help of Viktor Provotorov on April X secured the Victory Banner on the equestrian monument of William II. 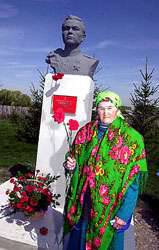 For this feat, Zagitov and his comrades were presented for the title of Hero of the Soviet Union, but the military leadership decided to confine itself to the orders of the “Red Star” and “Glory of the II degree”. Others became heroes, Egorov and Kantaria, who, according to the official version, were the first to hoist the Banner of victory over the defeated Reichstag.

Home Ghazi Zagitov returned only in 1946 year. He entered the mechanization courses, was the chairman of the village council, and then, up to his tragic death, the head of the MTS. He did not spread about his exploits, which his fellow villagers learned much later, in 1964, from the publication of Komsomolskaya Pravda.

About recovery historical A lot of justice has been written with respect to Gazi Zagitov and his comrades, especially after perestroika, when it became possible to talk about what they were silent about before. A number of public organizations, war veterans, and even the President of Tatarstan Mintimer Shaimiev repeatedly appealed to the Ministry of Defense, the State Awards Service of the President of the Russian Federation, President of the Russian Federation Boris Yeltsin so that the issue with the award of brave warriors would be resolved at least for the 50th anniversary of the victory. Documents were discovered and published, in which the feat of soldiers and sergeants of the group of captain Makov was described with maximum detail and reliability. However, the award question did not move.

The story of Zagitov was continued in the 1997 year. By the decree of the permanent Presidium of the Congress of People's Deputies of the USSR, eight participants in the assault on the Reichstag, including Gazi Zagitov, were awarded the title Hero of the Soviet Union. Needless to say, this decree, signed by the chairman of the Presidium of Sazha Umalatova, six years after the collapse of the USSR, did not have any legal force and was an ordinary diploma.

And again, on Victory Day, they will again speak and write about the exploits of Egorov and Kantaria, and the staged newsreel footage with the hoisting of the banner over the Reichstag will again turn. Will justice prevail this time on this “holiday with tears in their eyes”? I do not know. Time will tell.

Ctrl Enter
Noticed oshЫbku Highlight text and press. Ctrl + Enter
We are
How many heroes were in the USSR during the Great Patriotic WarA hero who has not become a hero. Tank KV at the beginning of the Great Patriotic
Military Reviewin Yandex News
Military Reviewin Google News
56 comments
Information
Dear reader, to leave comments on the publication, you must sign in.