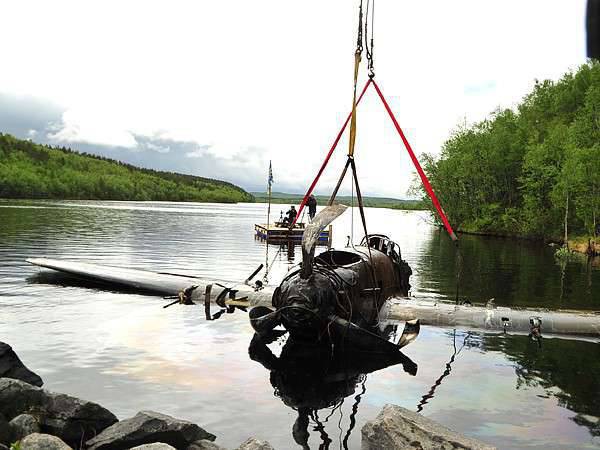 
Recently, search engines often find domestic aircraft and Tanksthat were damaged during the fighting and for many years rested on the bottom of lakes or in swamps. By identifying the engines, personal belongings of pilots and tankers, it is possible to establish who fought on this technique and died.

Domestic attack aircraft Il-2 during World War II suffered significant losses compared with other aircraft. This is explained by the fact that in terms of tactics of use they had to attack the fascists at low altitudes. The fascists even fired pistols at these airplanes, and in the engine compartments of individual machines, the fascist officers' caps were sometimes found, which were sucked in during steep dives. During the 1941-1945 period, 34943 of these beautiful aircraft was launched, more than 350 regiments were formed, the losses amounted to 23600 machines.

According to statistics, it was believed that one irretrievable loss of the Il-2 attack aircraft fell on 35 sorties. The losses of the pilots of these legendary cars during the period of the Great Patriotic War exceeded 7500 people. IL-2 was not only a "flying tank", but also "betonbamber", as the fascists christened it for its high survivability.

Search engines, discovering the combat vehicles of the Great Patriotic War, try not only to raise them, but after identification through the Ministry of Defense of the Russian Federation to send relatives letters and personal belongings of crew members. Among the population of Russia, this news has already received its name "Letters from the front." Often, they are received by very distant relatives of members of the crews of combat vehicles, time takes its own - close relatives also pass away. But it is always a significant event for friends and relatives, such letters are kept, shown to friends, they are proud of them. 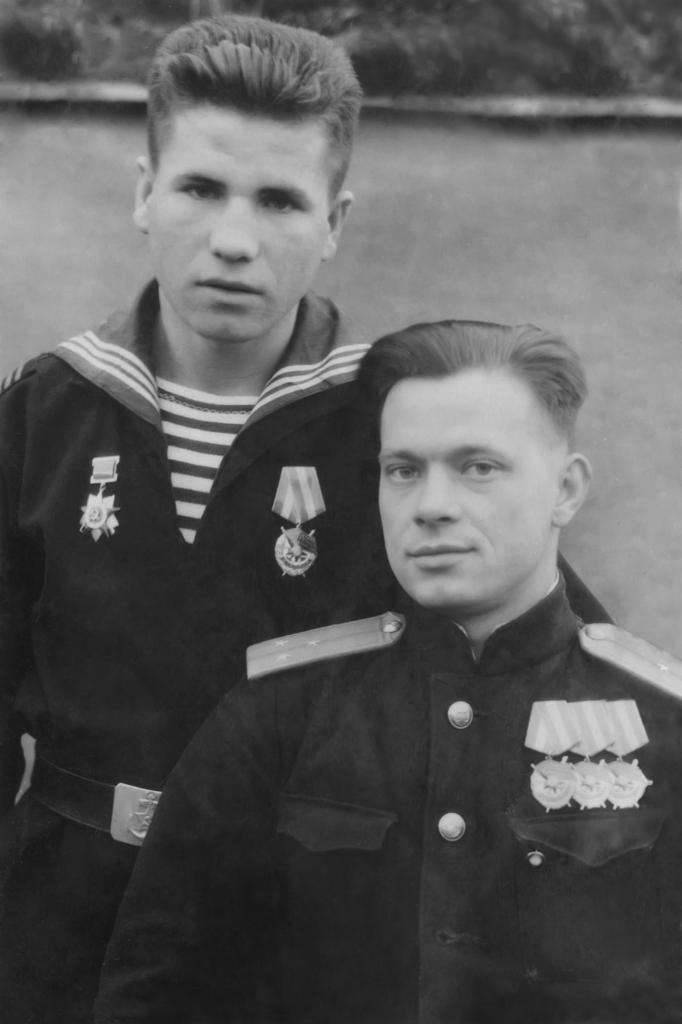 Now let us imagine that such a letter would now come to the home of one of the residents of Ukraine. Most recently, I published in the "VO" an essay "The price of betrayal or incompetence," in which I tried to reveal the causes of the tragedy in this former republic of ours. In the subordination of the State Department of the USSR Ministry of Radio Industry, which I managed, there were more than 10 enterprises in Ukraine. 95 thousands of specialists worked on them. Currently, these enterprises have ceased to exist. According to reports, the defense enterprises of other 8 defense ministries in Ukraine have virtually ceased their work. Gorbachev and Alkash of “All Russia” did not realize that they were destroying not only the country, but also turned the population of Ukraine “at least 95% of its inhabitants into domestic idiots” (“IN” from 24.04.2016 “About the best country in the world, entertaining mechanics and the tail of pollock "and the enemies of Russia.

What about IL-2 Lieutenant V.I. Skopintseva was at the bottom of the lake Krivoe? Two squadrons of the 46th Air Regiment of the North fleet On November 25, 1943, with the escort of fighters, the task was set: “to attack the Finnish airfield of Luostari, where they were located aviation units of the 5th Luftwaffe Air Fleet (Eismeer squadron) that fought in the sky over Murmansk. " 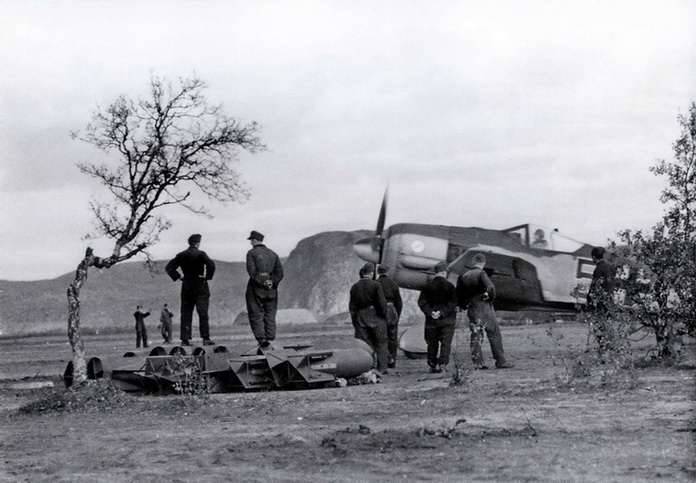 View of the airfield Luostari 1943 of the year

As a result of the assignment, more than 10 Nazi aircraft, 6 anti-aircraft points, 13 fighters were destroyed. But IL-2, piloted by a junior lieutenant, was damaged. Before the airfield Vaengi V.I. Skopintsev could not reach and put a damaged attack aircraft on the ice of Lake Krivoe. Having pulled out the wounded gunner-radio operator, the junior lieutenant carried him more than 3 kilometers on his shoulders to his own. After the hospital, they fought together until the end of the war.

Search engines in 2012 year found in the lake Curve Il-2. When identified numbers on this machine, set the crew members. By the time the IL-2 was lifted from the seventeen meter depth, Elena Viktorovna Skopintseva, the daughter of the pilot V.I., was invited to the Murmansk region. Skopintsev. And the plane appeared out of the water. E.V. Skopintseva closed her eyes with a handkerchief and mentally imagined that her father was rising from the pilot's cabin. Every day the ranks of veterans are reduced. And we can only remember the departed, and also be proud of their exploits during the Great Patriotic War.

By the nature of my activities, I had to participate in the creation of airfields in our country and in the Warsaw Pact countries. Currently in Russia there are more than a thousand airfields with landing sites. In particular, in Murmansk area: Rogachevo Murmansk kirovsk apatite, Monchegorsk, deer, Severomorsk-1, Severomorsk-2, Severomorsk-3, Kanevka, Krasnoshchelye, Lovozero Sosnivka, Tetrino, Umba, Chavanga, Chapoma, Alakurtti, Afrikanda , Guba Gryaznaya, Kachalovka, Kilpyavr, Kirovsk, Koshka-Yavr, Luostari (cosmonaut Yu.A. Gagarin started his service here, and this airfield went to the USSR in 1945 year), Talyi Ruchei, Umbozero, Khariusny, Arctic (settlement Rosta ), The Arctic (settlement Molochniy), the White Sea, Vaengi, Western Persons, Kildin, Taybola, Kovdor, Ponoy, Pummanki (Zaschit l Connection of our torpedo boats. I do this in the "IN" published essay "first attack"), Salmiyarvi, Teriberka, Ura-Guba, Shong. In the USA, there are more than 15 thousands of airfields, in Brazil there are more than 4's thousand, in the People's Republic of China by the 2030, the number of airfields will exceed 2 thousands.

Experiencing with E.V. Skopintsev moment of lifting the Il-2 from Lake Krivoe and sharing her feelings, I remembered how my daughter met me after flying at the beginning of the 60s. The NII-33 had its own flight squadron. In the winter of 1964 of the year, I had to work out the automatic landing system as co-pilot LEE-2. I returned home in a flying fur suit and high fur boots. Daughter called them boots-dogs and always hugged them. It is touching to remember now.

Ctrl Enter
Noticed oshЫbku Highlight text and press. Ctrl + Enter
We are
Myths of the Great Patriotic. Papier mache helmetBy the 70 anniversary of the landing and the formation of a bridgehead Small land
Military Reviewin Yandex News
Military Reviewin Google News
29 comments
Information
Dear reader, to leave comments on the publication, you must sign in.