Media: rewriting history, Ukraine struggles with its own identity

4 May 2016
81
After Petro Poroshenko in the spring of last year entrusted the management of state archives to the Institute of National Remembrance, headed by Vladimir Vyatrovich, Ukraine went directly to the “new frightening era of censorship”. Rewriting stories - This is an attempt to deprive the country of its own identity, and hiding the crimes of Ukrainian nationalists during World War II leads to a distortion of history on a global scale, writes the publication Foreign Policy. 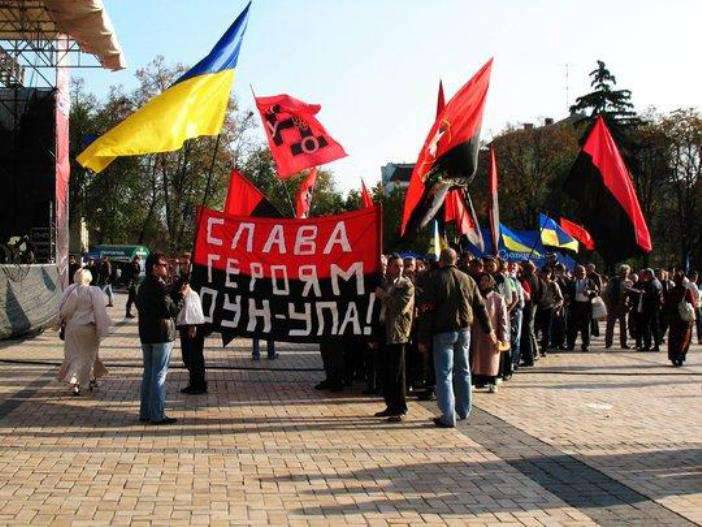 “Defending the nationalist and revisionist history, Vyatrovich recycles the modern history of Ukraine in order to whitewash the Ukrainian nationalist groups involved in the Holocaust and the mass ethnic cleansing of the Poles,” the article quotes. RIA News.

“Revisionism in Ukraine centers around two nationalist groups - the Organization of Ukrainian Nationalists and the Ukrainian Insurgent Army (OUN and UPA). During the war, these groups killed tens of thousands of Jews and carried out a brutal campaign of ethnic cleansing, during which at least 100 thousands of Poles were killed, ”the author writes.

As the newspaper notes, “these actions were committed by the nationalists in exchange for the independence from the“ all-suppressing Soviet power ”allegedly promised by Hitler, but the independence of Ukraine was not included in the plans of the German leadership.

Vyatrovich presents the history of World War II, “focusing on the crimes allegedly committed by the Soviet authorities, and glorifying the fighters for the independence of Ukraine, and on the role of Ukrainian nationalists in the ethnic cleansing of Poles and Jews from 1941 to 1945. after the invasion of the Nazis into the territory of the former USSR is silent, "- writes Foreign Policy.

“Therefore, the Institute is only a cover to provide a one-sided and biased view of the modern history of Ukraine,” the author concludes.

Ctrl Enter
Noticed oshЫbku Highlight text and press. Ctrl + Enter
We are
The Ministry of Defense declassified the archives of the activities of the UPA during the Second World WarForeign Policy: US Cyber ​​Intelligence Hacks Servers Worldwide
Military Reviewin Yandex News
Military Reviewin Google News
81 comment
Information
Dear reader, to leave comments on the publication, you must sign in.