Carter: We are discussing the possibility of deploying 4 battalions in Eastern Europe

3 May 2016
144
The Pentagon and NATO are discussing the possibility of deploying 4 battalions in Eastern Europe, reports RIA News message from the head of the US military Ashton Carter. 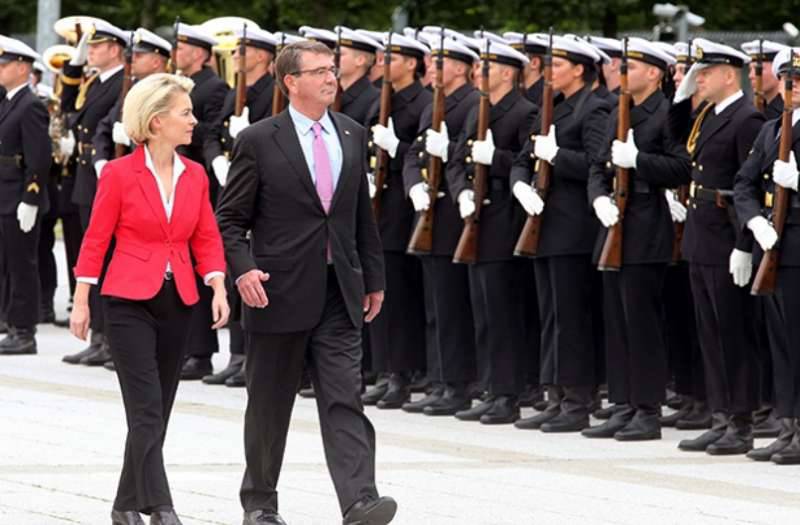 According to him, the military contingent "is planned to be deployed in Poland and the Baltic countries."

“This is one of the opportunities that is being discussed now,” the Pentagon’s head told reporters while visiting Germany.

As previously reported by the press service of the US Department of Defense, from 2 to 4 in May, Carter will be in Berlin, where he “will meet with the defense ministers of the countries in the coalition to fight the Islamic State”.

In February, NATO Secretary General Stoltenberg stated that "the defense ministers of the North Atlantic Alliance member countries 28 at a meeting in Brussels approved a proposal to strengthen the alliance's military presence in Eastern Europe, in the Eastern Mediterranean and the Black Sea." A concrete decision on this issue will be made in July at the next summit of the organization, which will be held in Warsaw.

Ctrl Enter
Noticed oshЫbku Highlight text and press. Ctrl + Enter
We are
The action “Military service under the contract is your choice!” In Rostov-on-Don: future contract servicemen, exhibitions and “Russian Knights”Users of the site of the Echo of Moscow radio station want to see the head of Russia such a person as NATO Secretary General Stoltenberg
Military Reviewin Yandex News
Military Reviewin Google News
144 comments
Information
Dear reader, to leave comments on the publication, you must sign in.