Armor worth its weight in gold?

11 May 2016
18
Those who follow the "novelties" of Ukrainian armored vehicles could not fail to notice the flow of offers of two-axle wheeled armored vehicles, mostly duplicating each other. These are “Kozak-2”, “Triton”, “Spartan”, “Leopard-8”, “Warta-2”. I do not mention the "Cougar" - it is lighter than this galaxy, and I do not put the long-suffering "Dozor-B" on a par with them. The latter also falls on the weight characteristics and tasks to be solved.


In principle, technical specifications and images can be found on the web, but to simplify the perception of the material, I will run through the data. Summarizes the listed samples weight - from 8 to 9 tons, weapons - one machine gun, weak booking: only the "Kozak-2" officially passed the test of undermining (to honor, you should specify, was successful), and based on the civilian chassis. Consequently, armored cars can be attributed to the so-called police.

"Kozak-2". The brainchild of the Kiev NPO "Practice." The only manufacturer who previously worked with armor and wheels. Produced collector cars. There is experience, practice and deserved name. Issued about thirty units. 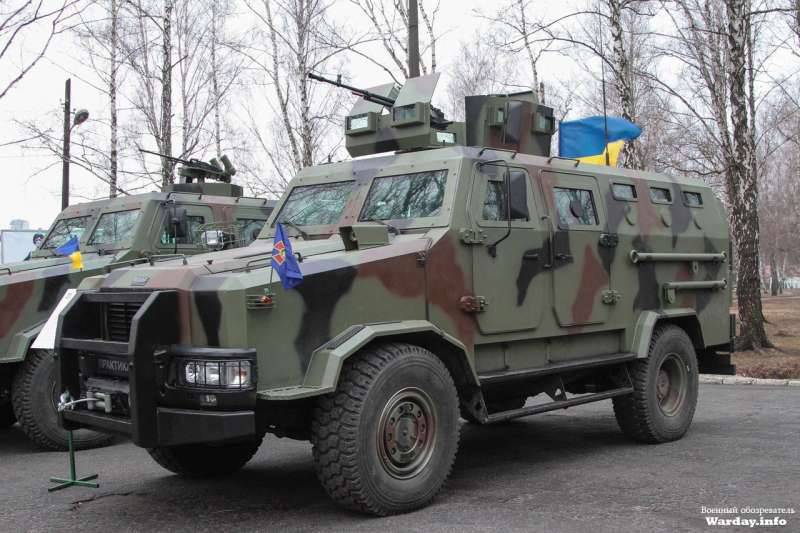 "Spartan". The response of the KrAZ automobile plant to the needs of the Armed Forces of Ukraine in light-wheeled armored vehicles for escorting columns and actions in populated areas. Screwdriver assembly of the Canadian clone. One of the first swallows of the defense industry. The first pancake ... You understand. Caused a lot of complaints. Delivered in limited quantities. Transferred to the National Guard. 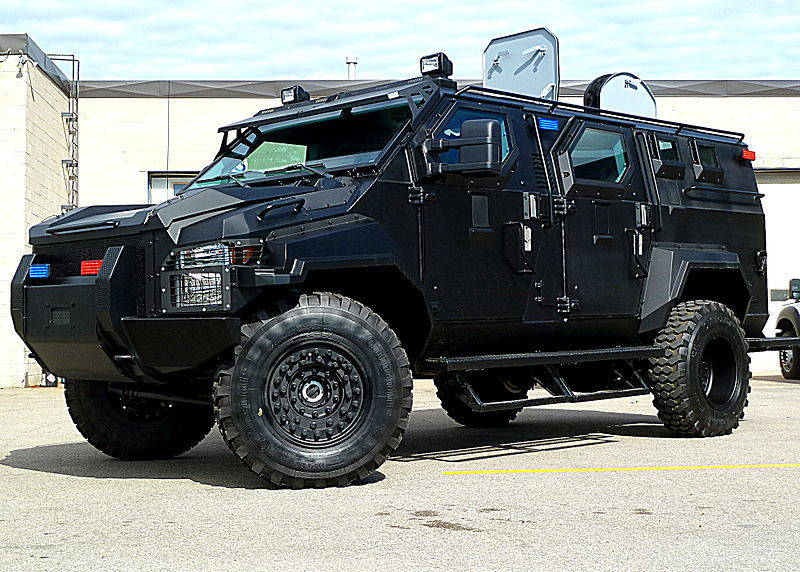 "Triton". It is produced at the Leninskaya Kuznya factory, which specialized in the production of river and sea vessels. The only stated advantage was the ability to overcome water obstacles (hence the name). Originally created for the border guards. Equipped with control devices for the territory. The test sample lost its ability to keep afloat. 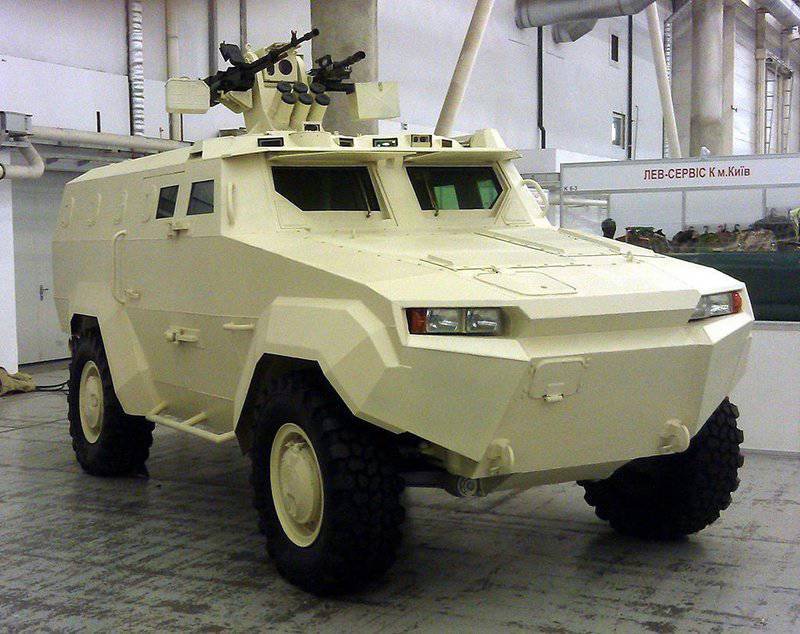 "Bars-8". The brainchild of Cherkassy bus plant. If we take into account the lack of experience with the booking and the geographical proximity of Cherkasy from Kiev, we can safely assume that the above-mentioned NGO Praktika participated in the development. There are no particular advantages over previous samples. The number of samples released is not known. 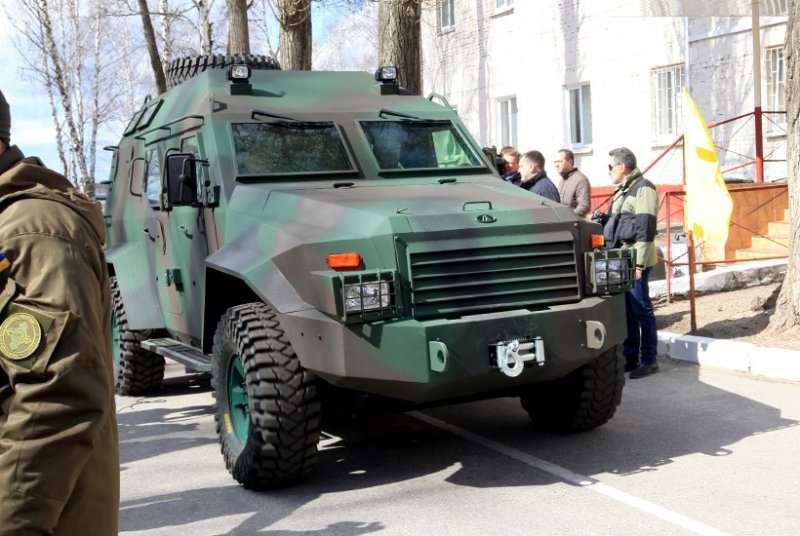 "Varta". The most mysterious player in the Ukrainian arena armored cars. Appeared when the niche was already filled and it seemed that there was not enough space under the sun. But he was presented and even interested the security forces of the Ministry of Internal Affairs. It is produced by an unknown company "Ukrainian armored vehicle". Experts have suggested that NPO Praktika has also contributed to this sample. What to do, business. At the moment, in a single copy. 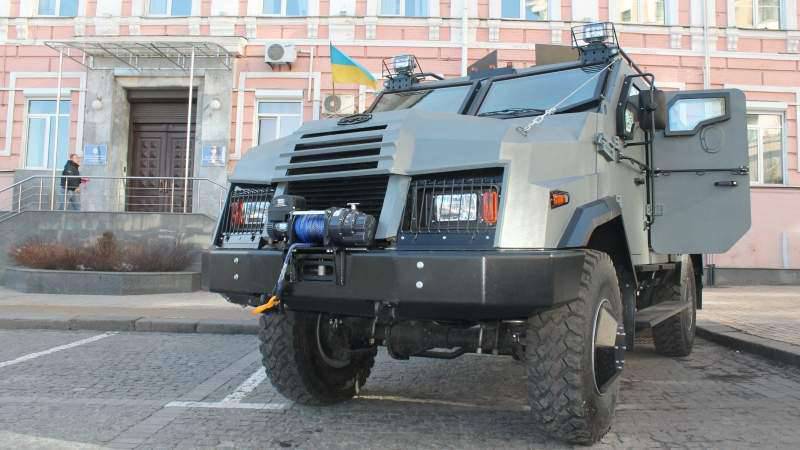 Now it is worth closer "to meet with parents."

If someone does not know, then the plant "Leninskaya smithy", the manufacturer of Tritonov, which is so necessary for the border guard service, is strongly associated with the name of Petro Poroshenko. Of course, according to the constitution, the guarantor does not have the right to own a business, but there are loopholes ... The same can be said about the Cherkassy bus plant. By the way, for the 2016 year, only this plant managed to produce 30 buses. The rest, alas, no orders ...

KrAZ has not received any orders for armored cars this year. Busy repair and restoration of "Cougars".

As already mentioned, NPO Praktika is hatching cuckoos in order not to repeat the fate of KrAZ.

But "Ukrainian armored vehicles" ... Until recently, it was known as Ukrglavpak. Well, not at all a specialized enterprise. Boxes made of plastic on armored personnel carriers are not similar. How did she squeeze herself into such a tight company? Among the representatives of "Warta" there was an assistant deputy Sergei Pashinsky, a close friend of the chief police officer Arsen Avakov. Apparently, therefore, it was the Ministry of Internal Affairs that placed an order for almost half a billion hryvnias.

Those who are trying to shove in any way into the power structures of Ukraine "their" freak, little think about standardization, subsequent operation, problems with the supply of spare parts and consumables. The goal is obvious - cutting the money pie in the controlled enterprise. Apparently, therefore, so thorny in the army and power structures "Dozor-B". You will not collect him in a plastic box factory ...