The submarine "Severodvinsk" from the underwater position hit the coastal target

April 30 2016
38
The crew of the newest submarine of the North fleet Severodvinsk (project 885) in the Barents Sea launched a Caliber cruise missile from an underwater position for an educational purpose at the Chizh training ground (Arkhangelsk region), the press service reports Ministry of Defense of the Russian Federation. 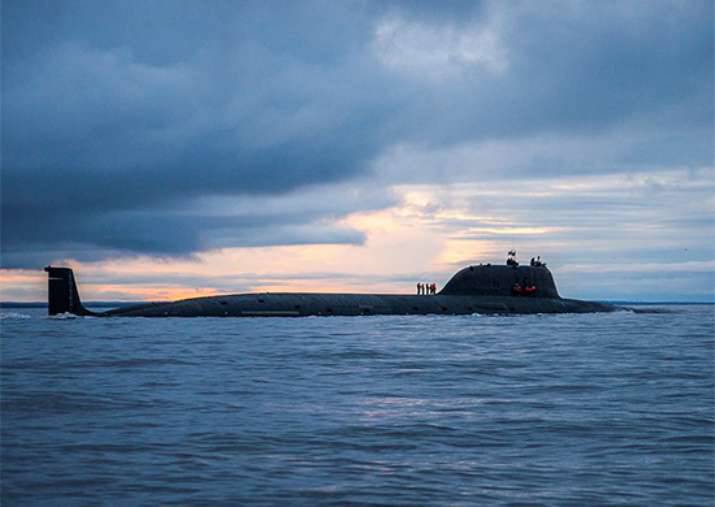 It is noted that "the rocket hit the training target with high accuracy."

It is reported that the nuclear submarine Severodvinsk went to sea a few days ago, during which time, along with preparation for missile firing, the submarine crew performed control exercises of the combat training course during the winter training period and conducted joint exercises with the sea aviation Northern Fleet. "

Help Ministry of Defense: "Multipurpose nuclear submarine" Severodvinsk "is the lead ship of the project 885" Ash ", was adopted in the Russian Navy in June 2014 year. In March, 2016, the submarine was enrolled in the permanent alert forces of the Northern Fleet. During the trial operation, the crew conducted a series of tests. weapons, technical means and systems of the ship in various modes of operation, including during deep-sea diving ".

Ctrl Enter
Noticed oshЫbku Highlight text and press. Ctrl + Enter
We are
The action “Military service under the contract is your choice!” In Rostov-on-Don: future contract servicemen, exhibitions and “Russian Knights”The flag is hoisted on the nuclear submarine Severodvinsk!
Military Reviewin Yandex News
Military Reviewin Google News
38 comments
Information
Dear reader, to leave comments on the publication, you must sign in.