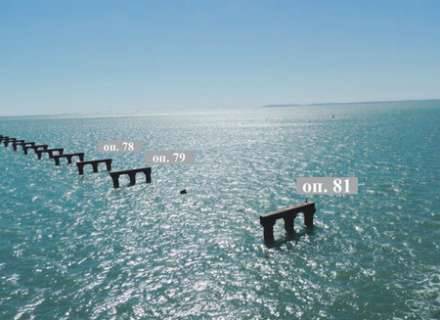 Hackers from the Cyberkut patriotic association made public the draft presidential decree on the establishment of “Crimean Tatar national autonomy” in the territory of the Kherson region. The city of Kherson will be renamed Khan Girey, and the land will be inhabited by millions of people from Turkey.

As the document published by hackers says, the Kherson region is eliminated by the decision of the President of Ukraine - it is replaced by the Crimean-Tatar national autonomy of Kiev subordination. All executive bodies will be concentrated in Khan-Girei (Kherson) - until the restoration of Ukraine’s rights to the Crimea (in the document - until the Russian occupation of the Crimea is suspended). The Crimean Tatar language is recognized on the territory of the autonomy as regional - about giving it the status of a second state, thus, there is no talk yet. The leadership of the region is required to provide land 500 thousand displaced people from the Crimea and Turkey.

From Crimea, however, it is unlikely that many comers will come. On the peninsula of the Crimean Tatars a little more than 200 thousand, and most are not eager to move to Ukraine. But from Turkey, an influx of interested people can pour in, given the fact that the Crimean Tatar diaspora in this country is from 3 to 5 million people. Poroshenko intends to resettle in the Kherson region and 200 thousand. Meskhetian Turks, "not having the opportunity to return to historical homeland "to Uzbekistan.

Recall that even 22 December 2014, the chairman of the Majlis of the Crimean Tatar people, Mustafa Dzhemilev, proposed "to allocate part of the Kherson region to create an Autonomous Republic of Crimea on it". “The point is that some parts of the Kherson region adjacent to the Crimea are officially attached to the ARC to create the infrastructure of an autonomous republic there,” said Dzhemilev.

Then the President of Turkey Recep Erdogan, who promised Mustafa Dzhemilev to help in the resettlement of his compatriots in the south of Kherson region, joined the matter. Having barely talked with Erdogan, Mustafa Dzhemilev gave an interview to Radio Liberty, during which he confirmed that the Turkish president had promised to help “settle the Kherson region with the Crimean Tatars to dilute the pro-Russian population” of the region. Dzhemilev stressed that during their meeting Erdogan said that he intends to "concentrate the Crimean Tatars leaving the peninsula in one place." To this end, the Turkish leadership will allocate money to the Majlis - they will be redirected from the budget line, which was used to finance the construction of housing for the Crimean Tatars in Bakhchisarai and Belogorsk.

Dzhemilev noted that the issue of allocation of land for the creation of compact Crimean-Tatar settlements has already been successfully agreed with Kiev, and if Ankara sends funds to the Medzhlis for prefabricated houses before spring, by the summer about 25 thousand Crimean Tatars will move to the 10 thousand in the summer already settled in new places. At the same time, Dzhemilev insists that the Crimean Tatars themselves should be in charge of the villages. This will take, in particular, the so-called volunteer battalions.

From Soviet times, Kherson Oblast was a “garden and garden” for the Crimea, in which industry, military infrastructure (with high incomes of officers and contract servicemen) and, of course, the gray private tourism sector are much more developed.

Crimeans willingly bought much cheaper Kherson vegetables, fruits, meat, products of the Soviet consumer cooperation and resold it through a network of shops and catering to the military and tourists. A typical example is that in the Crimea this century there is not a single plot of this “Yalta onion” - all the production of this Crimean endemic delicacy has been brought to the border villages of the Kherson region.

Kherson is now one of the poorest regions of Ukraine. The average salary in the region in 2014 was 2617 UAH, while on average in Ukraine - 3475 UAH, and in Kiev 5376 UAH. Lower than in the Kherson region, and that is very insignificant, the average salary is only in two regions of Ukraine - in the Ternopil and Chernivtsi regions. But these regions are not located in the richest south, but in the wilderness of the western part of the country.

The share of Kherson region in Ukrainian exports of goods is only 0,7%. For comparison, in the neighboring with Kherson region of Nikolaev and Zaporizhzhya regions goods for export are produced by an order of magnitude more - 3,4% and 6,9%, respectively. The blockade of the Crimea causes the population of Kherson to throw the earth and houses and leave. In 2015, the Kherson region came out on top in the country in terms of net migration outflow of the population.

Taking into account the economic situation in the Kherson region and the absence of serious political movements there, it is technically very easy to turn Kherson region into Turechchyna. As a historian, I will note that self-proclaimed Little Russian hetmans (“field commanders”) made similar attempts in the 17th century.

Thus, in the spring of 1666, hetman Petro Doroshenko informed the Crimea and Constantinople that Ukraine was now in the will of the Sultan and Khan. And now from Constantinople came the order to the new Crimean khan Adil Giray, who replaced Camille-Mohammed Giray in the spring of 1666, so that he and the horde would go to war against the Polish king. In September, 1666, a crowd of Tatars under the command of Nuradin Devlet Girey attacked Ukraine. The prince stopped at Krylov and from there sent out pens for the Dnieper under Pereyaslav, Nizhyn and other Cherkasy cities and led off about 5 thousand prisoners.

In 1668, the Cossacks refused to obey Doroshenko and elected Pyotr Sukhovnenko to be the hetman of the Right Bank. Doroshenko was able to defeat the army Sukhovnenko. Then the Cossacks elected another hetman - Mikhail Khanenko - and continued the war with Doroshenko. Khanenko turned for help to Poland, but Doroshenko turned for help to Constantinople. The hetman's envoy, who bore the eloquent nickname Bardin, Sultan Mehmed IV, commanded to answer: “I didn’t send for you and I don’t need you very much. If you sincerely wait for help from me to protect you from your enemies, then I can respect your request. But also you should be correct. I am not the king of Poland, not the king of Moscow and not the king of Hungary, whom you fooled and betrayed your own faith. ”

Roman Hetman Doroshenko with Sultan Mehmed IV led to the widespread uprising of the Cossacks. As a result, the hetman drapanul to the king Alexei Mikhailovich. Bedolage was given a thousand courtyards in the village of Yaropolets near Volokolamsk. Doroshenko then lived in Moscow, then in Yaropolts and died quietly in 1695.

But back to modern Ukraine. What will Poroshenko and Co. get by putting Turechchyna in Kherson?

Firstly, this is the only opportunity to destabilize the situation in the Crimea and involve Turkey in the struggle for the Crimea, and ideally NATO. How realistic this is is a separate topic, but the Kiev authorities have Turechchina the only straw.

Secondly, the creation of the Turkish-Tatar state education and the Turkish-Tatar armed forces, and the Tatar battalions in Ukraine have already been created, will help finally intimidate the Russian-speaking population of Odessa, Nikolaev and other southern regions.

Thirdly, which is very important for Kiev, the creation of the Turechchyna destabilizes the Minsk process. Kiev simply cannot physically get out of the Minsk Agreement - this is a conflict with the EU and, possibly, with the United States. Poroshenko cannot and does not want to fulfill the articles of the agreement - this is the collapse of the Kiev junta. The only way out is for the Minsk agreements to collapse on their own. And creating Turechchiny is an ideal opportunity to achieve this.

Is it possible to prevent this? Yes.

Firstly, a serious propaganda impact on the population of both Ukraine, Europe, and the United States is needed. The ideologists of the Ukrainians have been talking for 100 years: a single country, one language, one religion, one history. And Petro Poroshenko, a fighter for Vilna Ukraine, by the way, who is not an ethnic Ukrainian, creates an Islamic state in southern Ukraine. Do they understand in Ukraine that even if this project succeeds, the Islamic state will never bring anything good to the grandchildren and great-grandchildren of today's Ukrainians? Every Ukrainian needs to think about whether he wants to flee his country like the Serbs fled from Kosovo?

It is possible and necessary to take measures to protect ferries and a bridge to the Crimea. After all, each of the vessels following the fairway can secretly put a mine fence on the route of the Crimea – Caucasus ferries. The appearance of another Lira ramming with steam or a bridge is not ruled out (the Lira turek vessel, recall, on March 19th rammed and completely destroyed the support of bridge No. 80 and damaged two more supports). However, widespread protection is extremely expensive and does not produce the desired effect. The only way out is to warn Kiev that in the event of any act of terrorism in the Kerch Strait, Russia will act in exactly the same way as the United States and Israel. It's about an immediate full-blown strike aviationmissiles, etc. on the bases of terrorists and their accomplices.