In Tajikistan, a law came into force according to which citizens should name children by names from a specially approved register and abandon "Russian" endings in surnames

April 29 2016
142
Jaloliddin Rakhimov, deputy head of the civil registry offices of the Republic of Tajikistan, told the media that a law had officially entered into force in the republic, which introduced restrictions on the use of “non-Tajik” endings in the names of citizens of the country. The non-traditional for the country names are also banned. Now you can name a child in Tajikistan only by the name that is in the special registry. 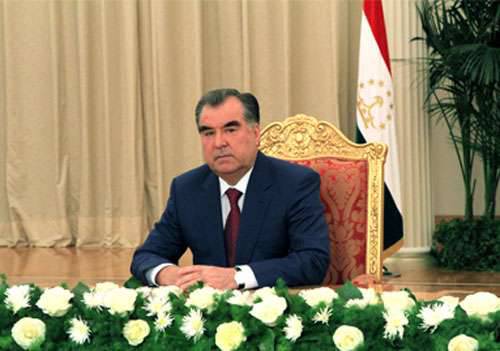 About this "democratic" innovation reports the office of "Radio Liberty" in Tajikistan - Radio Ozodi. In this case, the material is called the following: "In Tajikistan, legalized national names and surnames."

The same representative of the civil registry office said that there are “explanatory conversations” with people who want to keep the “Russian” version of ending their surnames “ov”, “in”, as well as the patronymic with the endings “ovich”, “evich”, “ Aries "," Evna. "

Rakhmonov (whose name, apparently, will also undergo changes):
When we talk with them, we explain that the goal is the Tajikization of surnames, they understand. If the situation does not change, then in 10 years our children will be divided into two groups, one will be proud of their Tajik names, the other will be carried by strangers. We must have national and patriotic feelings.

That is, the citizens of the republic are "strongly recommended" to refuse (if available) from the Russian version of the end of the family name. To all appearances, Tajik children will in any case become owners of names that have passed through "Tajikisation".

From the new Tajik law:
It is prohibited to give a child a name that is alien to the Tajik national culture, the names of things, goods, animals and birds, as well as offensive names and phrases that degrade human honor and dignity and divide people into castes. Adding to the names of individuals pseudonyms "mullah", "caliph", "tour", "hodge", "hudzha", "shaykh", "wali", "okhun", "amir", "sufi" and the like, which contribute splintering among people is prohibited.

Earlier, the President of Tajikistan Emomali Rakhmonov, who became Rakhmon, refused to finish the "ov".

Ctrl Enter
Noticed oshЫbku Highlight text and press. Ctrl + Enter
We are
In Latvia, in the autumn they intend to prohibit the inhabitants of the country from calling children by non-Latvian namesFive Tajik Imams detained on suspicion of extremism
Military Reviewin Yandex News
Military Reviewin Google News
142 comments
Information
Dear reader, to leave comments on the publication, you must sign in.