April 29 2016
24
Press Secretary of the President of Russia Dmitry Peskov commented on the information that appeared in the media that the former President of Ukraine Viktor Yanukovych and the former Prime Minister of the same Ukraine Mykola Azarov was granted Russian citizenship. This kind of information appeared on the website of the non-governmental international organization for the fight against corruption - Transparency International. Journalists asked Dmitry Peskov to comment on this issue and heard the following answer from the spokesperson (quote TASS):

I can not confirm this information. I did not think that Transparency International is engaged in the issue of citizenship of the Russian Federation and has information on this matter. 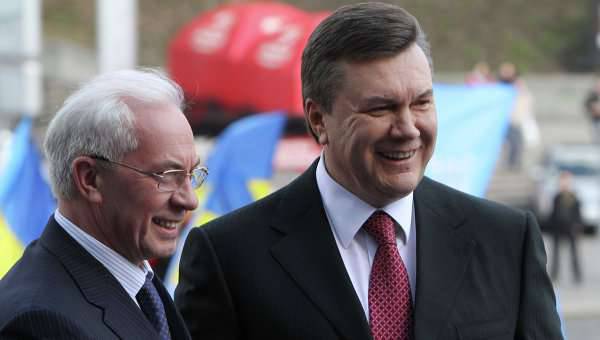 It is worth recalling that several criminal cases were initiated against Ukraine in the case of Viktor Yanukovich. In particular, the case of abuse of power is being considered. Against this background, attention is drawn to the fact that several decisions taken by Kiev, Yanukovych challenged in European courts at various levels. In particular, the European Court has already decided on the need for Ukraine to compensate Yanukovych for legal costs in connection with the actually collapsed corruption case. However, the Maidan authorities continue to try to exercise their version of "justice" against the person who was actually overthrown from the presidency by the help of a coup d'état in the country with the participation of foreign capital and radical thugs.