Media: Germany is ready to support the NATO mission in Eastern Europe 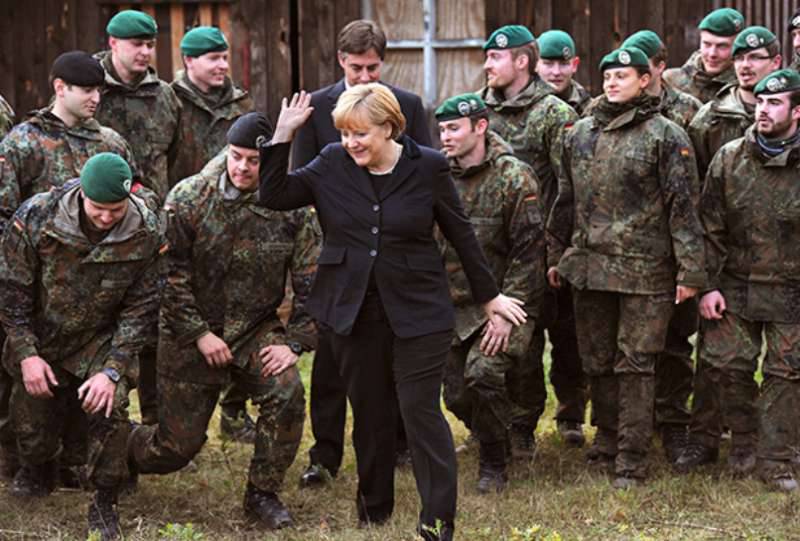 Earlier, German publications wrote that the German government is quite restrained about the demands of partners to step up the activities of the Bundeswehr on the EU’s eastern borders.

According to the magazine, Germany will send its contingent to Eastern Europe, if such a decision is taken at the July NATO summit in Warsaw. It is noted that Merkel has already given preliminary consent to this during the so-called mini-summit, held with the participation of the United States, Germany, Britain and France.

“Currently, the Bundeswehr is exploring how Germany ... could support the NATO battalion in Lithuania with a group of about a thousand soldiers in 1. According to the original plans, the Bundeswehr planned to send a company to the Baltic country. Lithuania and other countries will also provide soldiers. Now the Bundeswehr plans to offer it to NATO, ”the newspaper writes.

Earlier, Spiegel reported that "Berlin is feeling pressure from Washington on this issue."

Ctrl Enter
Noticed oshЫbku Highlight text and press. Ctrl + Enter
We are
Results of the week. "Well, do not change me because of every idiot!"
Military Reviewin Yandex News
Military Reviewin Google News
71 comment
Information
Dear reader, to leave comments on the publication, you must sign in.