Global Democratic Awakening. Brzezinski will save the planet

4 May 2016
182
Political analyst Zbigniew Brzezinski reappeared in the world media. This time, an elderly husband, prone to thinking about politics, scared the planet with the probable loss by the United States of its status as a world power. The loss of this status will give rise to "global chaos." However, the world can save the "global restructuring." 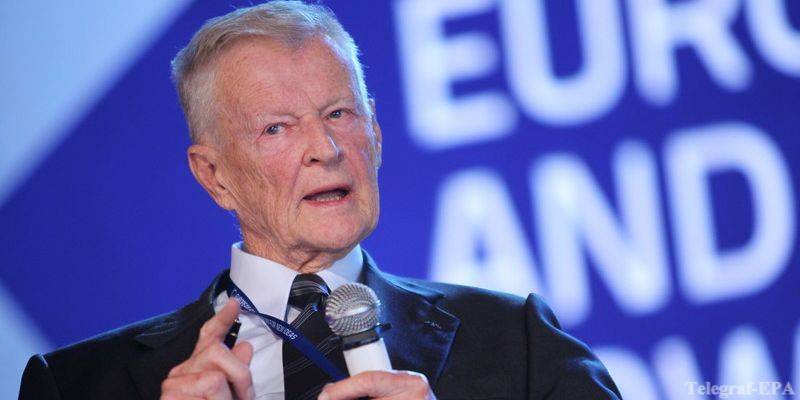 About the new ideas of Mr. Brzezinski, about his strategy to save the world told the multilingual site Katehon.com.

According to the American political analyst, “the end of America’s global role” will likely lead to “global chaos.” To avoid this, a supporter of American hegemony of the United States proposed a "global restructuring." About this pundit told in the journal "The American Interest".

The entire article by Brzezinski boils down to two theses:

1. The United States is no longer a global empire.

2. Probably, the planet is in chaos if the US imperial hegemony goes to history.

And it was here that Brzezinski proposed several recipes for the United States to preserve its power.

Recipe "A". America’s main geopolitical rivals (Russia and China) should “work towards the interests of the United States.” To implement such a strategy, one should “use the crisis in the Middle East”. Brzezinski thinks that Washington will only show its effectiveness in the fight against terrorism and violence in the Middle East, when it creates a coalition that will include Moscow and Beijing.

Separately, the political scientist spoke about the Middle Kingdom. In his opinion, the political perspective of China in the near future is clear: he “should become America’s main partner in containing global chaos,” beginning in the Middle East. If this strategy does not take place, then terrorism will spread, reach Russia, its south and east, and also penetrate to the west of China.

Recipe "B". Arrange it so that the Islamic world had acted in line with US interests.

Here Brzezinski refers to his doctrine of “global democratic awakening,” which at one time justified the participation of the United States in the Arab Spring. Its essence is simple: use anti-American forces to strengthen US domination through various mechanisms of influence and direct intervention. Particular attention should be focused on the new politically active masses of the non-Western world. The emergence of the IG, and before that the Muslim Brotherhood, and indeed the “color revolutions” in the Islamic world can be viewed as a practical application of this particular strategy. These forces are "surprisingly" create problems for all except the United States.

Recipe "B". Maintain the US military presence in the Middle East. By any means! The text of Brzezinski says that this is crucial for the United States, the withdrawal of forces will immediately lead to the collapse of "American hegemony."

The complete withdrawal of US troops from the Muslim world, which is referred to as “domestic isolationists,” notes Brzezinski, could lead to the instigation of new wars (possible examples: Israel against Iran, Saudi Arabia against Iran, Egypt’s intervention in Libya) and create an “even deeper crisis ". This crisis will undermine faith in America, which until now has played a “stabilizing role” on the planet.

From such a scenario in the most “unpredictable way” Russia and China will be able to become geopolitical beneficiaries.

The world order will collapse.

A frightened Europe, more precisely, the EU member states, will begin to choose “patrons” among the US, China and Russia, and compete with each other.

Brzezinski suggests the next strategy, where the situation in the Middle East will play a key role.

1. It is necessary to kindle wars in the region and sow chaos, relying on the forces of "global democratic awakening."

2. To declare war on terrorism, but to shift its burden to Russia and China by involving them in a hopeless regional conflict.

3. To maintain, or even increase, the military presence under the pretext of maintaining stability in the Middle East.

All this is necessary to mask the theses on the fight against terrorism, drawing attention to the suffering of Muslims and the inhabitants of the third world.

“The general threat of Islamic terrorism” is not a “threat” per se, especially for the United States. America has seriously suffered from Islamism only once in its history - September 11 2001. In the US, Muslims make up about 1% of all citizens, in contrast to the multi-million Muslim population of Russia and China. And unlike these two countries, there is not a single region in the United States where the threat of Islamist separatism may arise.

In addition, America is separated from the conflict region by the Atlantic Ocean. Thus, the United States can afford to play at two tables at once: secretly support extremists and fight terrorism, drawing Russia and China into it, and subsequently weakening the Islamic world.

There is one more hope for the future: Washington expects to use the Islamic extremists raised by it in Russia - most likely, this will happen in the post-Putin era. This threat of Islamism will be used to involve Russia in the US-oriented system. Brzezinski openly declares that such a pro-Western strategy is based on Russia's transition from a "Byzantine imperial expansionist ideology" to the "concept of a Russian national bourgeois European state that exists within the Western world."

In accordance with the classical geopolitical tradition, Brzezinski considers Russia, not China, to be the main American enemy.

He advises pursuing a policy that will make at least one of two potentially dangerous opponents a "partner" of the United States. Now it is possible to outwit Russia rather than China. But in the long run, China can become more dangerous.

The old political fox is ready to stir up the whole world chicken coop and is not afraid even of the owner’s appearance with a gun.

The strategist is extremely unconvincing. Judge for yourself.

If the US ceases to be a "hegemon", the world for some reason will cover "chaos."

If the United States defends its role as a global “stabilizer,” the following will happen on the planet: the fire of terrorism will break out in the Middle East, in which the people of Washington will splash gasoline, and for some reason Russia and China will dash it out. In the meantime, the United States will encourage Islamist Russian “separatists”, who in the end, already in the post-Putin years, will burn the flame of the “Arab spring” in Moscow. Behind Moscow, the Americans "outwit" and Beijing.

The implementation of such a nightmarish scenario, even its very beginning, will inevitably lead to a third world war. Obviously, such a war, in which the "hegemon" hovers overseas and benefits from blood, is the goal of a "global democratic awakening." In the total war and hegemony of the United States, the American ideologue sees order in the pursuit of a multipolar world - chaos.

Brzezinski shuns lies and double standards. All things he calls their names.