April 29 2016
29
The Russian schoolchildren presented a simulator for the pucheglaz snipers and an unmanned snowmobile to the international competition “School Patent - a Step to the Future!”, The press service of the Russian Defense Ministry reported to journalists. In addition, the attention of the Russian military was attracted by the automatic control of the braking rate of the car and other developments of young talents. In 2016, this competition was held in our country for the 6 time already.


The international children's competition “School patent is a step into the future!” Has been held since 2010. The main objective of this competition is to increase the interest of Russian schoolchildren in intellectual activities and the processes of creating products of intellectual property. In addition, the competition contributes to the expansion of cooperation and communication of schoolchildren, teachers and all interested persons with experts in the field of intellectual property, as well as familiarizing the general public with the scientific and creative achievements of schoolchildren, teachers and schools in Russia. The competition allows students from 1 to 11 class to participate in it, depending on a particular nomination. Representatives of the Russian Defense Ministry at the competition were most interested in the nomination “Invention” and its directions: “important for the defense of the country” and “robotics for all”.

Awarding the winners of the competition “School patent - a step into the future!” 26 passed April 2016 of the year in St. Petersburg in the auditorium of the National Research University of Information Technologies, Mechanics and Optics. The award ceremony was held in the framework of the "Days of Intellectual Property". Currently, St. Petersburg is the only city not only in Russia, but also in the world, in which the International Day of Intellectual Property (April 26) celebrates a week of city events. For the first time, this project was carried out in the northern capital of Russia in 2009. The authors of the concept were ITMO University (St. Petersburg National Research University of Information Technologies, Mechanics and Optics) and members of the Council for Intellectual Property of the North-West Federal District (NWFD). 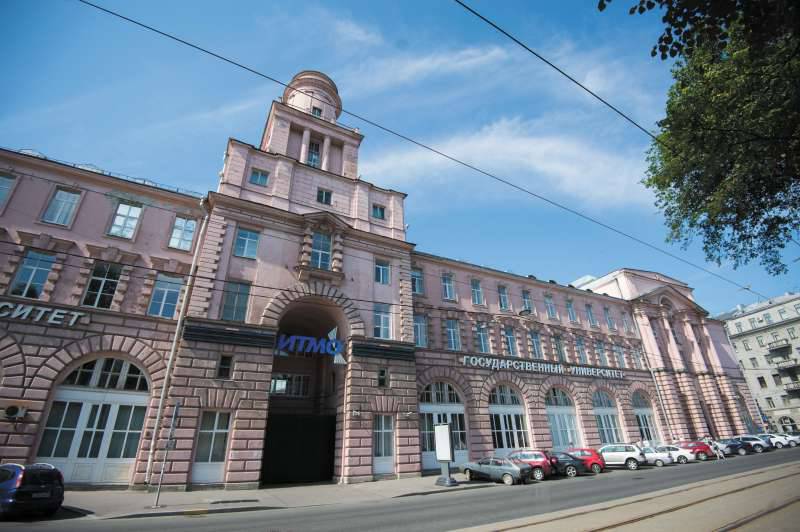 This project attracted great attention and was supported not only by the government and the professional community of St. Petersburg, but also by Rospatent, the United Nations Economic Commission for Europe and the World Intellectual Property Organization. Quickly enough, the project found support in the Russian regions, the number of which in some years approached 40.

This year, students of not only Russian schools and gymnasiums, but also a graduate of the Nakhimov Naval School, became the winners of the “School Patent - Step into the Future!” Competition. The winners were congratulated by Colonel Oleg Vorobev, the acting director of the department of intellectual property, military-technical cooperation and expertise in the supply of weapons and military equipment of the Ministry of Defense of the Russian Federation. According to Vorobiev, such events demonstrate a growing interest in scientific and technological activities and should further contribute to the advancement of Russian scientific achievements in the international market. Schoolchildren winners of this competition receive certificates from the founder of ITMO University, entitling them to take into account individual achievements when applying for study at Russian universities (ITMO University - 10 points).

One of the winners of the 2016 competition of the year was Semyon Kurochkin, the 9 “D” cadet of the class of the Tyumen Presidential Cadet School (scientific leaders Ageev Anatoly Alekseevich and Kuznetsov Dmitry Valeryevich). The ninth-grader presented a simulator for training snipers under the sonorous name "Pucheglaz". This robotic complex can also be used as a simulator for training and vision correction exercises according to the method of Jonathan Barnes. When you turn on the device appears a laser point for which you want to follow. The electronic pointer is programmed in such a way that the muscles of the eyes do not strain and relax in a certain sequence. At the same time, it is impossible to overstrain from these exercises - every 15 minutes a signal is triggered, which says that you need to take a break from training. 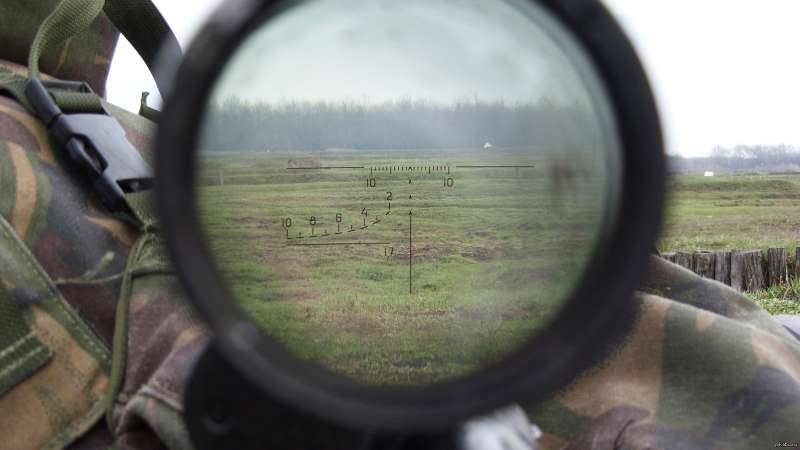 Large-caliber sniper rifles, which include the Russian AOFV and the American Barret M82, allow the shooter to effectively hit targets at a distance of up to two kilometers. In such conditions it is simply impossible to do without technical innovations, it is very difficult to make calculations for a shot at such a distance. When firing at such a range, even small gusts of wind are able to cause a bullet deviation of several meters from the target. Therefore, an additional body kit on the rifle and equipment are simply necessary for the sniper, allowing him to choose the right place and the most suitable moment for the shot. In the 1990s, due to well-known economic problems, the equipment of Russian snipers was inferior to their Western counterparts, but gradually the situation improved. Today, snipers around the world use similar ballistic solvers, optical instruments and wind sensors.

In modern realities snipers do not lose their importance in the army, police and anti-terrorist units. It would seem that the development of modern technologies, scientific achievements can allow anyone to take a rifle in their hands and learn how to accurately shoot at long distances, as more and more advanced aiming complexes, simulators and ballistic calculators come to the aid of our eyes. But the matter is far from being only in technology, although it certainly interests the military of all countries of the world.

Snipers today are selected, as before, according to the results of practical shooting. If a candidate shoots enough aptly, then he has a chance to be in an elite unit. But not every apt shooter will have a real sniper. In the group of training snipers, FSB assigns only three months to the study of human anatomy, another three months the future elite shooters are trained to determine the speed and direction of the wind. Another month is familiarity with the basics of ballistics. At least one week is required in order to teach a sniper to shoot against the sun and cook weapon to such a shooting. In the group “Alpha” snipers are trained for three years, and in the FSO - two years. 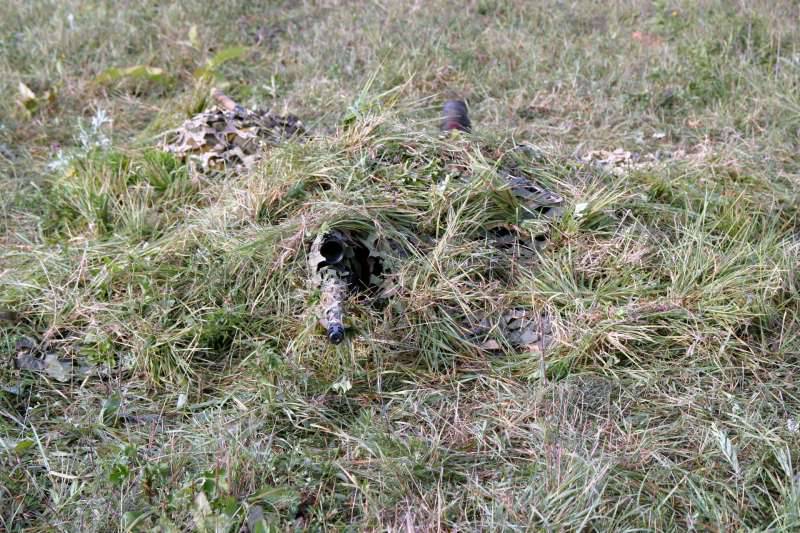 According to information from open sources, in the USA there are schools for the training of sniper-intelligence officers in each division. For the year, a similar school with a preparation period of 11 weeks, holds 4 release snipers for 40 people. In addition to practical shooting during training, cadets work out tactics of actions in a pair, as well as in the reconnaissance group, the rules for using regular radio stations and the radio system, they do not forget about disguise on the ground and the practice of covert movement. In order to pass the masking test, cadets during 4 hours several times imperceptibly for instructors must cross an open area of ​​800 meters, and also build several different types of shelters and make a single shot from a distance of no more than 200 meters, while remaining an undetected observer.

At the same time, the growth of the terrorist threat shows that well-aimed arrows, who are able in practice to realize the “one shot - one goal” principle, are necessary not only in the army and military special forces, but also in police units. At the same time, there is a tangible difference between an army sniper and a police sniper; it is often impossible to solve the problem by simply transferring an army shooter to a police unit.

Police snipers very often have to act even in more complex and specific conditions, mostly they work in an urban environment. Short distances, and most importantly - very limited opportunities for masking on the ground, force police snipers to act with all possible accuracy. Such a sniper often does not have the ability to aim, in order to make the best corrections for air temperature, wind and other factors that may affect the accuracy of the shot. As a rule, police shooters have only one opportunity to make a shot, and this shot must necessarily hit the target. Another difficulty with the work of police snipers is the need to shoot through window glass, and in modern conditions, and multi-chamber windows. Despite the seeming fragility of such an obstacle, it can still cause a bullet’s flight trajectory to deviate. And in those conditions in which police snipers are forced to act, even a few millimeters of deflection can cost a life as a hostage. In addition, the glass fragments themselves become an additional damaging factor, which is also taken into account. If there is no danger to witnesses or hostages, two snipers can shoot at the target at the same time: the glass itself is destroyed by the first of the shots, the target must be defeated by the second. 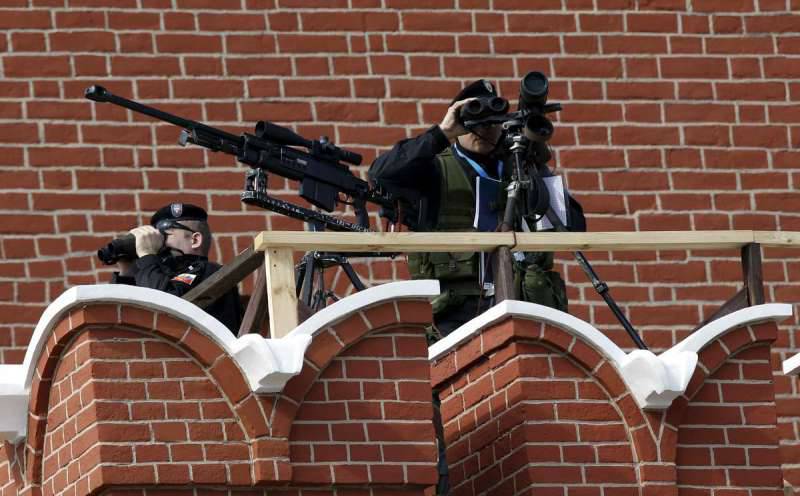 In such a delicate and filigree work, which snipers are engaged in, nothing so far can replace a person, which makes apt shooters so popular. Moreover, as many experts note, the main weapon of a sniper is not a rifle or special equipment, but his own head.

Ctrl Enter
Noticed oshЫbku Highlight text and press. Ctrl + Enter
We are
Sniper fire in local warsWhat should be a modern sniper (part of 1)
Military Reviewin Yandex News
Military Reviewin Google News
29 comments
Information
Dear reader, to leave comments on the publication, you must sign in.