Troubles are brewing on the horizon ("The Sydney Morning Herald", Australia) 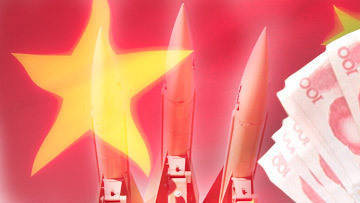 The balance of power in Asia should change significantly over the next few decades as China increases its military capabilities. Last year’s White Paper on Defense clearly states the concern of the Australian government over the fact that China and the United States may begin an "escalation of strategic rivalry" that is fraught with "miscalculations."

Such fears are well-founded, since China’s gain may trigger increased security rivalry with the United States, and this will have enormous implications for Australia’s own security positions.

China will create its own version of the Monroe Doctrine; in fact, the beginning of such a policy is already evident. Beijing recently informed the Obama administration that the US Navy should not intervene in the South China Sea, which is now of "key interest" to China, as well as Taiwan and Tibet.

Naturally, the US will try to counteract the strengthening of China. History shows that America is ready to go to great lengths to prevent the domination of another great power in Asia and Europe. Recall how the United States obstructed regional hegemony of such countries as imperial Germany, imperial Japan, Nazi Germany, and the Soviet Union. Most of the Chinese neighbors, including India, Japan, Singapore, South Korea, Russia, Vietnam and, of course, Australia, also fear strengthening of China and will, together with the United States, restrain its power.

Given the resistance that threatens China, the question may arise: how correct and intelligent are Beijing’s attempts to dominate Asia, and especially the efforts to squeeze the American military out of the region? In terms of strategy, China would be worth following the example of the United States and achieving regional hegemony. Why would Beijing not want to become much stronger than its neighbors, and eventually squeeze the powerful United States from its deep rear?

American political leaders are worried whenever distant great powers send troops to the Western Hemisphere. China should be guided by the same logic. How can the PRC feel safe when American troops are on its doorstep? Perhaps in the interest of ensuring their own security, China should push the US military out of Asia?

Most Americans, and probably many Australians, believe that the United States has peaceful intentions and that China has no reason to fear America in the coming decades. But apparently the Chinese leaders look at the situation quite differently. What conclusions can they make about the behavior of the United States, looking at their intentions, opportunities, and actions now?

Chinese leaders do not know, and cannot know, who will stand at the helm of American foreign policy in the coming years. Even less can they know about the intentions of these people regarding China. But they know that after the end of the Cold War, all US presidents, including Barack Obama, were firmly committed to preserving the American championship. This means that Washington will continue to be ready to go to great lengths to prevent China from becoming too great a force.

The United States spends more money on defense than all other countries in the world combined. Moreover, since the US military is designed to conduct combat operations around the world, they have enormous military power. Much of this potential is either concentrated in Asia, or it can be quickly transferred there. China cannot but understand that the United States next to it has powerful military forces designed for offensive operations.

Most Americans believe that their army is defensive in nature. But everything looks different if you are at this army at gunpoint. Like all prudent strategists, Chinese leaders certainly predict and evaluate US behavior for the future, not according to statements by American politicians, but by looking at the purpose and objectives of the US military.

What can US leaders recently tell about future American actions? They certainly come to the conclusion that the United States is a militant and dangerous country. After all, from 21, the year after the end of the Cold War, America has been fighting 14 for years. This is two thirds of this period. And it is likely that the Obama administration is plotting a new war - against Iran.

Someone may object: this is all true, but the United States does not threaten China. The disadvantage of this argument is that the American leaders from both political parties are certain that the United States has the right and the duty to play the role of world policeman. In addition, most Chinese people are well aware of how the United States took advantage of China’s weakness and began implementing its infamous "open door" policy in 1899. Chinese leaders also know that the United States fought with the People's Republic of China during the bloody war in Korea from 1950 to 1953. It is not surprising that the Economist magazine recently wrote: "The retired Chinese admiral compared the American naval forces with the hardened criminal hanging around the gates of a large family house."

Any prudent leader of the PRC will try to find a way to push the US military as far as possible from Chinese mainland territory. At the same time, he will try to make sure that no Asian country can challenge China. But no far-sighted American and Australian leader will allow China to dominate Asia without a fight.

The main thing is that big troubles will loom on the horizon if China continues to grow - because Australia will definitely be drawn into this struggle.