April 29 2016
60
Recently, six years have passed since the signing of the Treaty between Russia and the United States on measures to further reduce and limit strategic offensive arms (START-III). The document was signed in April 2010 of the year in Prague. The State Department noted that the implementation of strategic offensive arms is going well. Russian military experts say that Washington is violating the START Treaty, and they are issuing a list of obvious violations of the articles of the document. 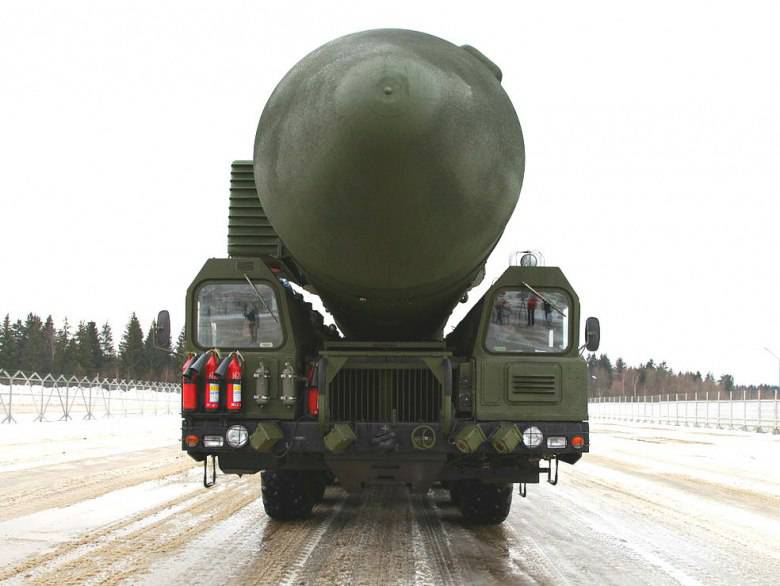 The agreement on measures to further reduce and limit strategic offensive arms (START III) between the Russian Federation and the United States was signed on April 8 of 2010 of the year, that is, six years ago. The new document replaced the START Treaty of 1991 of the Year (later called START-I) and the Offensive Potential Reduction Treaty of 2002.

START III entered into force on February 5 2011 of the year. It obliges the Russian Federation and the United States to reduce and limit the number of deployed and undeployed strategic offensive weapons. According to the agreement, the Russian Federation and the United States can carry out eighteen inspections each year. Exchange of information on the number of weapons the parties hold on March 1 and September 1 each year.

A month ago, at a meeting of the nuclear security roundtable, US Assistant Secretary of State Frank Rose praised the implementation of the START Treaty quite highly.

"I am glad to say that, despite all the challenges that we have with Russia today, the fulfillment of the agreement is going well," Rose quotes. RIA News".

Mr. Rose clarified that both parties conduct inspections and exchange information on the movement of strategic forces. In addition, there is a bilateral advisory commission.

Earlier, the Russian Foreign Ministry, the agency reminds, noted that "the implementation of the provisions of the START Treaty is an example of Russia's strict compliance with international obligations in the field of non-proliferation and arms control."

“Cooperation with Russia continues in a number of areas,” she said at a briefing on the nuclear security summit. - In particular, we are working on a new treaty on strategic offensive arms. And despite the current crisis in relations and disagreements over Ukraine, we continue to implement this agreement using very practical methods. ”

April 5 in the press appeared the statement of the official representative of the Ministry of Foreign Affairs of the Russian Federation Maria Zakharova.

The Russian Foreign Ministry believes that after Russia and the US implement the START treaty, the possibilities for both sides to reduce will be exhausted. This is due, among other things, to the development of Washington’s non-nuclear weapons.

“It is necessary to look for ways to join the process of nuclear disarmament of all other states with a military nuclear potential,” Zakharov quotes. "Moscow Komsomol". This is primarily about US allies in NATO.

The mention of the United States and its allies is not accidental.

Major-General, Associate Professor, Candidate of Military Sciences, Professor of the Academy of Military Sciences, Honored Military Specialist of the Russian Federation MP P. Vildanov in his article “Inequality Partnership” for "Independent newspaper" (“Independent Military Review”) identified a number of violations by the American side of the START Treaty, including Article XIII, according to which the parties cannot transfer strategic offensive arms to third parties. Americans pass them on to the British.

The expert believes that the American side "permits gross violations of Article XIII of the START Treaty." First, Washington is implementing a non-announced at the time of signing the contract (8 on April 2010) selling the Trident 2 SLBM to the British strategic nuclear forces, participating in the Vanguard SSBN modernization and in the technical docking of the British SSBN and US-based missiles , carrying out autonomous and complex tests. In addition, Americans train British specialists, dock Triangle-2 SLBM systems with British warheads and SSBNs, participate in the control and launch launches of British SLBMs from the Eastern Missile Range, etc.

Secondly, another violation of Article XIII is related to the fact that at the time of signing the agreement, the Americans hid their participation in the Saccessor program to create a new British SSBN with the development of a universal missile compartment (Сommon Missile Сompartment) for the Trident 2 SLBM.

Thirdly, Washington and London carry out other types of undeclared cooperation not regulated by this agreement: coordination of nuclear planning documents, selection of targets, distribution of targets between carriers and warheads taking into account their performance characteristics, coordination of ballistic flight of carriers through the territory of other states, development and the implementation of forms and methods of combat use, combat duty, operation of weapons and equipment, etc. In this cooperation, another nuclear alliance is observed uk - Paris.

The expert also sees another gross violation of the START Treaty by the Americans: B-1B strategic bombers, declared as carriers of conventional weapons, are not, and this means creating a returnable nuclear potential: the possibility of their re-equipment for performing nuclear tasks is retained.

Not only the thirteenth article spat the United States.

The expert points out that Washington is violating the key position of the preamble to the START Treaty on the “presence of a relationship between strategic offensive arms and strategic defensive weapons”. For Russia, such a “relationship” has long failed to meet the interests of the military security of the state: after all, the deployment of a global US missile defense system, an European missile defense system, and others has a negative effect on the combat capabilities of Russian strategic nuclear forces.

The United States is also violating another preamble to the START Treaty, which takes into account "the impact of ICBMs and SLBMs in conventional equipment on strategic stability." Testing launches and the creation of a group of non-nuclear strategic missiles in the United States is destabilizing, and even the US Senate does not risk approving a program to finance the relevant work until the Pentagon proves that launching such missiles, especially with Ohio-type SSBNs, will not lead to nuclear confrontation with Russia and China.

Finally, the expert notes the possibility for Americans to secretly re-equip ICBMs and SLBMs with nuclear warheads, since control and inspection procedures are not defined in the START Treaty and its annexes.

In conclusion, Vildanov notes that the START Treaty contains a significant amount of “articles that are detrimental to strategic nuclear forces of the Armed Forces of the Russian Federation concerning the construction and development of mobile ground-based missile systems”.

The fact is that most of the articles were borrowed from the text of the old treaty (START I). They must be abandoned unilaterally, the military expert believes, because otherwise the measures taken by the Russian Federation in the interests of countering the US global strike and missile defense are worthless.

Not surprisingly, we add on our part that the United States as a whole is satisfied with how Russia fulfills its obligations under the treaty. After all, Washington itself refers to its other articles formally. In addition, in recent years, American politicians and military have formed a negative image of Russia. Among American generals, Russia is considered the "number one threat."

There is a cold war in the world again. In such conditions, the START Treaty very quickly approaches its “exhaustion”.