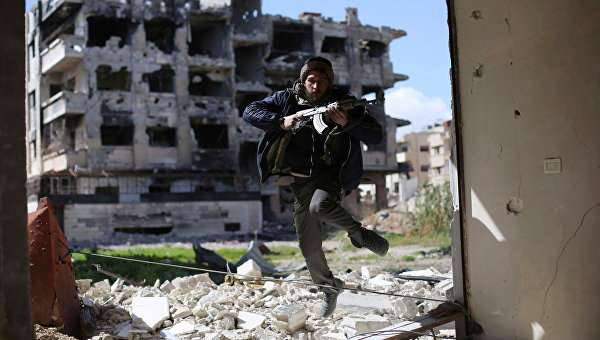 “Numerous attacks were made on Monday and Tuesday at a civil defense station in the city of Atareb,” said Toner.

According to him, at least five people from this point, presumably, died, and "many more civilians suffered."

Where did he get such information, Toner did not specify.

He also said that the application of the Russian embassy to the UN for inclusion in the list of terrorists of the group "Jaish al-Islam" and "Ahrar al-Sham" is not constructive.

“We think that this would have disastrous consequences for a truce at that moment when we are trying to achieve de-escalation on the spot (in Syria),” he said.

Toner recalled that "these groups are now part of the armistice agreement." Therefore, "we do not want this to happen, we do not think that it is constructive," he added.

Ctrl Enter
Noticed oshЫbku Highlight text and press. Ctrl + Enter
We are
Toner: Ahrar al-Sham militants violate the truce in Syria, but transfer them to the category of "bad guys" prematurely
Military Reviewin Yandex News
Military Reviewin Google News
46 comments
Information
Dear reader, to leave comments on the publication, you must sign in.