Russia surpasses the US in electronic warfare (The National Interest, USA) 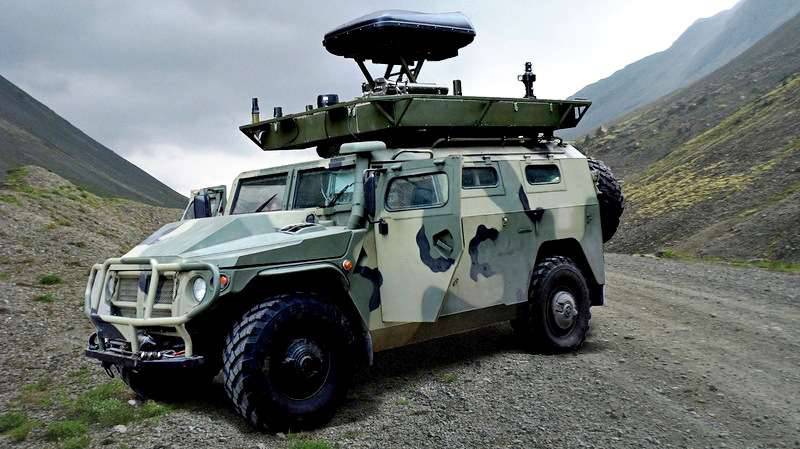 The largest Russian center for the production of electronic warfare equipment - the Radioelectronic Technologies Concern (KRET) has begun factory testing of a powerful ground-based electronic warfare complex (EW) capable of blocking important data transmission channels through which the US Army operates around the world. This complex is integrated with such advanced Russian systems and air defense systems as the C-300B4 anti-aircraft missile systems and the C-400 Triumph anti-aircraft missile systems, and makes it possible to suppress enemy control systems when performing air operations.

According to a source in the concern who gave an interview to the Moscow news agency TASS, the system consists of a set of individual interference modules that can affect the enemy’s control system over long distances with a powerful and complex digital signal. The system is also capable of simultaneous electronic suppression of various systems. “Multichannel stations have been created that provide simultaneous electronic jamming of various systems,” a representative of the Russian military industrial complex told TASS.

The design of the new system (the name of which TASS has not reported) allows it to effectively integrate it with the systems and means of air defense. “In the real time, an automated exchange of intelligence information about the actions of the aerospace grouping in the interests of centralized distribution has been organized,” the TASS source said.

The new Russian electronic warfare complex is a flexible, fault-tolerant multi-level system with multiple distributed elements - interference modules. “Their energy, frequency and intellectual resources are optimally distributed. In addition, all the modules are equipped with individual protection complexes, because they themselves are the object of the enemy’s primary strike, ”said Igor Nasenkov, first deputy general director of the concern.

This new development is important because the US Air Force is heavily dependent on communications networks. The Pentagon uses a family of tactical data networks, including Link-16, combining units of the armed forces in real time. Moscow has been observing the combat capabilities of the United States since the time of the first Gulf War, and it draws lessons from these military operations as an example. Russia, with its powerful military-industrial complex, is investing heavily in overcoming the advantages of the United States. “Russia knows how we act,” commented US Air Force General Philip Breedlove, commander of the European Command of the US Armed Forces, speaking to 25 in February before the House Commission on Armed Forces. “They are investing huge amounts of money in creating EW funds, because they know that we are united by a communications system, and our troops act exactly. And the Russians need to break this connection in order to decrease the accuracy of our actions. ”

To modernize its electronic warfare systems, the United States will need investment and time. Bridlaw, during his speech, admitted that the Pentagon has not paid due attention to EW funds in the last twenty years, which allowed the Kremlin to achieve advantages. This is especially true for the US Air Force, which lost most of its electronic warfare equipment due to the fact that they worked in only one direction, doing stealth technology. True, the U.S. Navy has improved its aviation electronic warfare due to the Boeing EA-18 Groler deck carrier. But until in 2021 a new generation EW suspension container (Raytheon) was installed on it to suppress the enemy air defense radar, this new aircraft will work with the outdated ALQ-99 EW suspension system.

Apparently, recently the Pentagon has once again focused on the EW tools. The First Deputy Chairman of the Committee of Chiefs of Staff is considering the possibility of making the electromagnetic spectrum a battlefield, both in the air, at sea and on land. “Operations in the electromagnetic range are so important that we should think about making it a battlefield,” said Deputy Chief of the Information Department for Command, Control, Communication Channels, Computers, and Information Infrastructure of the US Department of Defense, General Major Sandra Finan), reports the publication Breaking Defense. “In this area, we intend to conduct both offensive and defensive actions ... so I think this is one of the most important activities that we will be able to observe in the future.”