This Russian nuclear weapon is better than American (The National Interest, USA) 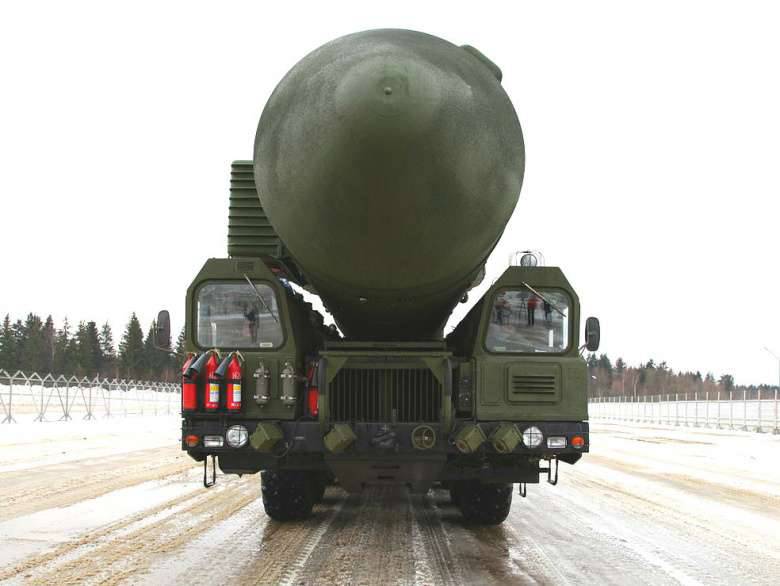 The new Russian missiles are significantly superior to the American ones.

Russian-American relations (as well as Russian relations with NATO) have reached a record low in the last two years. As a result, the issue of nuclear weapons came to the fore again. In the most serious declarations it has been repeatedly stated that the parties are preparing to launch nuclear strikes against each other. For example, NATO Secretary General Jens Stoltenberg recently published his annual report stating that the Russian Air Force conducted a training flight in 2013 during which a “nuclear strike on Sweden” was practiced. The report notes that long-range supersonic Tu-22М3 supersonic bombers, operating under the cover of Su-27 fighters, were involved in this task. Meanwhile, NATO member Turkey is just a few steps away from the war with Russia, which by no means simplifies the situation.

In such a situation, it would be useful to assess the state of the US and Russian nuclear forces. How does this situation affect the strategic balance, convincing the parties of the unreasonableness of the beginning of the conflict? And what are the prospects for the development of nuclear forces in the two superpowers?

Both parties comply with the START-3 agreement.

The agreement on measures to further reduce and limit strategic offensive arms, signed by 8 on April 2010, by Presidents Obama and Medvedev, obliges the parties to reduce the number of their nuclear warheads to 1 550. The number of deployed intercontinental ballistic missiles (ICBMs) and heavy strategic bombers is limited to 700 units. According to data released by the US Department of State on 1, the parties have already reached or are close to achieving the indicated figures. The United States has a 741 1 nuclear warhead with a deployed platform for launching a 481 521 nuclear warhead, and Russia’s 1 nuclear warheads. The difference is insignificant, and it does not affect the strategic balance. Russia currently has fewer launchers, but this inequality is explained by the fact that ICBMs with separable warheads of individual guidance have a wider field of application - one ICBM can carry up to ten warheads.

Ground-based US ICBMs stuck in the 1970s

In service with the US, there are only one type of ground-based ICBMs - LGM-30G “Minuteman-3”. Each rocket carries one W87 warhead with a capacity of up to 300 kilotons (but can carry up to three warheads). The last rocket of this type was made in 1978 year. This means that the “youngest” of them is 38 years. These missiles have been repeatedly upgraded, and their service life is scheduled for completion in 2030.

A new ICBM system called GBSD (a strategic ground-based deterrent) seems stuck at the discussion stage. The US Air Force requested 62,3 a billion dollars to develop and manufacture new missiles, and they hope to get 2017 million dollars in the 113,9 year. However, the White House does not support this application. In fact, many there are against this idea. The development was postponed for a year, and now the outlook for GBSD will depend on the outcome of the presidential election in 2016.

It is worth noting that the US government intends to spend a tremendous amount on nuclear weapons: about 348 billions of dollars by 2024, and 26 billions will go to ICBMs. But for GBSD 26 billions is not enough. Real costs may be higher, given the fact that the United States has not produced new land-based intercontinental missiles for a long time. The last such rocket called the LGM-118A "Piper" was deployed in the 1986 year. But by the year 2005, the United States unilaterally removed all 50 missiles of this type from combat duty, although it would not be an exaggeration to say that the LGM-118A "Piper" was better compared to the LGM-30G "Minuteman-3", since 10 warheads. Despite the failure of the Strategic Arms Reduction Treaty (START-2), which prohibited the use of individual-targeted MIRVs, the United States voluntarily abandoned its MER. Trust in them was lost because of the high cost, and also because of the scandal, during which it turned out that these missiles had been for almost four years (1984-88) there was no guidance system AIRS (improved inertial reference sphere). In addition, the missile company tried to hide the delivery delay — at a time when the Cold War was coming to an end.

Russia currently has a wide range of ground-based ICBMs, including mobile launchers. In 2015, the Russian Strategic Missile Forces received the 24 new units of the RS-24 “Yars” missiles both in the mine and mobile versions. This missile can carry individual targeting 3-4 MWRs that are capable of overcoming missile defense systems. It is safe to assume that the supply of such missiles in the 2016 year will not yield to the level of the 2015 year. By the time of 2020, Russia will be able to replace the Topol missile (in fact, it is the equivalent of “Minuteman-3) with the latest models that are capable of overcoming the enemy’s missile defense system.

Russia also possesses ground-based heavy liquid-fuel ICBMs. The well-known rocket R-36М2 "Voyevoda", in service with the 1988 year. It can carry 10 warheads up to 750 kilotons each. This year, the PC-28 Sarmat, which should replace Voivode in 2020, will be tested and will have the capabilities to overcome missile defense. First of all, it is expected that this rocket will lead a warhead to a suborbital trajectory (it is slightly shorter than a circular orbit, which is prohibited by international agreements). This missile can be struck from anywhere, even from the South Pole. This forces the potential adversary to create an integrated missile defense system, which is extremely expensive even for the United States. Moreover, warheads enter the atmosphere at hypersonic speeds and move along a longer path, maneuvering at a speed of 7-7,5 kilometer per second. Pre-launch preparation of the rocket will be minimized, accounting for less than a minute after receiving the order.

Russia also has the PC-26 mysterious Frontier rocket. There is little information about it, but most likely this complex is a further development of the Yars project, with the ability to strike at intercontinental and medium range. The minimum launch range of this missile is 2 000 kilometers, and this is enough to break the American missile defense system in Europe. The United States objects to the deployment of this system on the grounds that this would be a violation of the INF Treaty. But such statements do not withstand criticism: the maximum launch range of the PC-26 exceeds 6 000 kilometers, which means that it is an intercontinental ballistic missile, but not a medium-range ballistic missile.

In view of the above, it becomes obvious that the United States is significantly lagging behind Russia in the development of land-based ICBMs. The United States has one, and a rather old intercontinental ballistic missile “Minuteman-3”, capable of carrying only one warhead. And the prospects for the development of a new model for it are very uncertain. In Russia, the situation is quite different. Ground-based ICBMs are updated regularly - in fact, the process of developing new missiles goes on and on. Each new ICBM is developed taking into account the enemy’s missile defense breakthrough, which is why the European missile defense project and the ground-based missile defense system on the main flight segment (the US missile defense system designed to intercept approaching combat units) will not be effective against Russian missiles in the foreseeable future.

The next article in this series will talk about underwater navy and bomber aviation USA and Russia. The final article will draw conclusions based on the information we collect.

Ctrl Enter
Noticed oshЫbku Highlight text and press. Ctrl + Enter
We are
Situational analysis of the death of the MH17 flight (Malaysian Boeing 777), made on the basis of engineering analysis from 15.08.2014Congress endorses nuclear weapons strategy
Military Reviewin Yandex News
Military Reviewin Google News
37 comments
Information
Dear reader, to leave comments on the publication, you must sign in.