Judge in Latvian ... On the progress of the investigation in respect of a volunteer from Daugavpils

April 28 2016
29
Latvia is actively discussing the fate of 26-year-old resident of Daugavpils Artem Skrypnyk, who was detained by security police on charges of participating in one of the Donbas militia units. The detention of Skrypnyk and the incrimination of Article XXNX of the Latvian Criminal Code (“Participation in an armed conflict outside of Latvia, which (the conflict) is directed against the territorial integrity or political independence of the state”) became known after the publication of the Latvian public figure and politician Vladimir Linderman (Abel ). Vladimir Linderman is known for numerous criminal prosecutions by the Latvian authorities, allegedly in connection with calls for the overthrow of the authorities of the Baltic state. Today, Linderman is positioning himself as the leader of the Latvian movement “For the mother tongue!” (Acts in defense of the Russian language in Latvia).


The article by Vladimir Linderman, published on the website imhoclub.lv, it is said that Artyom Skrypnyk, who spent some time on the territory of the Luhansk People's Republic, was seriously wounded there. After returning to Latvia, Skrypnyk was immediately arrested, not allowing him to undergo a full course of treatment after being wounded. The lawyer of Artyom Skrypnyk, Imma Jansone, reports that her client, despite the almost complete paralysis of his right arm and right leg, is being held in a regular cell, and that he does not receive any serious treatment.

Under the new article of the amended Criminal Code (referred to in Art.77.1), Artem faces up to 10 years in prison. It is interesting that Artyom Skrypnyk, who has lived in Latvia for many years, has the status of “non-citizen” (“alien”, as they say in Latvia itself). In this connection, the interesting fact about the Latvian “democracy” attracts attention: the fact is that in relation to non-citizens, the Latvian state is not ready to realize many rights, but, as they say, ALWAYS READY to realize the criminal law ... And the criminal law system of Latvia “ Justice ”is preparing to implement under the article, which in the Criminal Code of Latvia appeared only last year - as if specially tailored to those who did not remain indifferent to what is happening in the Donbass territory. That is, the article itself appeared as if retroactively, but this does not negate the impulse to apply this particular article in relation to the same non-citizen of Latvia Skrypnyk. Apparently, the "reinforced concrete" norm does not work in Latvia: the law is not retroactive. If this is true, then these are amazing peaks of “democracy”, nothing can be said ... 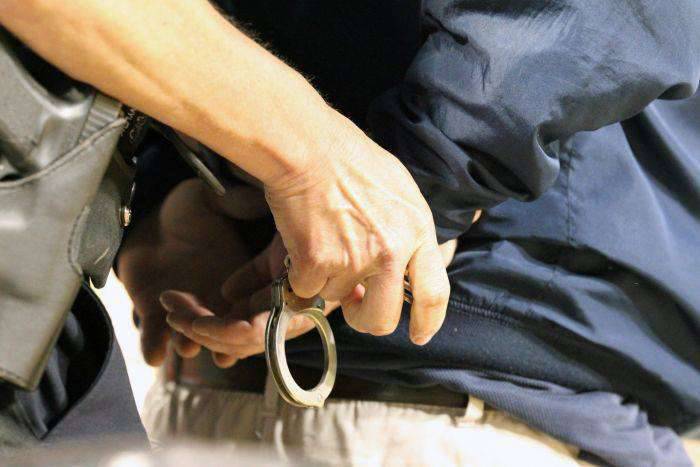 From the material of Vladimir Linderman, which he dubbed on his page in Facebook, since the site imhoclub.lv after its publication about Artem Skrypnyk underwent a DDoS attack:
During exhausting interrogations, the investigator of the PB (security police - note “IN”) (the same one that leads my case on “recruiting terrorists”) obtains testimony from Skrypnyk about the presence of Russian soldiers in the Donbass. And yet - no joke! - requires information on Russian military units preparing for the invasion of the Baltic States. Artem keeps firmly, denies his guilt, does not give delusional testimony.
In Latvia, Artem's mother and grandmother, he himself is a non-citizen of the Republic of Latvia, lived in Daugavpils. Of course, returning to Latvia was an ill-conceived decision, but what was done was done.

At this stage, the main task of protection is to achieve a change in the preventive measure. At least - for house arrest, and even better for a softer measure - on his own recognizance not to leave, which will allow at least normal treatment. I do not want to croak, but with such a wound, being in prison will simply kill Artem or make him a helpless disabled person.

In the course of the correspondence, which leads Vladimir Linderman and Artem Skrypnyk, who is in the pre-trial detention center, it was established that Artyom declares his participation in a humanitarian mission on the territory of the LC. According to him, he was engaged in the distribution of humanitarian aid.

Whether it was spreading humanitarian aid or was engaged in other activities - a separate conversation, which today should be more disturbing to the Latvian investigation. After all, by and large, grabbing a person in need of serious medical care is one thing, and presenting real evidence to the upcoming court process that it was participation in an armed conflict, and already after the appearance of the infamous article 77.1 in the Criminal Code of Latvia - quite another.

In the material of Vladimir Linderman there is also a call for assistance to Artem Skrypnyk in the form of attorney fees. Let me publish this call here:
There are arguments, but there is no money. The lawyer Imma Jansone is a deeply decent person, she will not take too much, but in this case she has to do a lot of work requiring adequate payment. I ask members of the club to provide financial support. Here are the details:
Recipient: ZAB Latinlegis
Registration number: 90000365066
Beneficiary bank: AS DNB banka
Registration number: 40003024725
SWIFT code: RIKO LV 2X
Beneficiary bank account: LV15RIKO0002013119987
Purpose of payment: honorārs par advokāta - I.Jansones - palīdzību Artjomam Skripnikam (personas kods: 120990-12405)
In the case of foreign transfers, the purpose of the payment should be: I.Jansone - for Artyom Skripnik (personal code: 120990-12405)
Add a little pathos. For me, volunteers from Latvia who went to the Donbass are unconditional heroes. A matter of honor is to help those of them who are in trouble or in a difficult situation.

However, speaking of the trial against Artem Skrypnyk in Latvia, it is necessary to recall that not only Latvia decided to launch a punitive mechanism against persons acting in a particular status in the Donbass. So, in December 2014, the Kazakhstan portal tengrinews.kz reported that a Kazakh citizen 30-year-old Yevgeny Vdovenko was sentenced to 5 years of a strict regime colony, being found guilty under art. 162-1 of the Criminal Code of the Republic of Kazakhstan "Participation in foreign armed conflicts". True, Vdovenko then himself acknowledged his participation in the militias of Donbass, but additionally stating that "he did not kill anyone." And the article, although controversial, was nevertheless applied in Kazakhstan not retroactively, as it is attempted to do in Latvia. Although this, of course, is not an excuse for Kazakhstani justice and legislation ...

By and large, it is surprising that the very fact that such articles (CCs) actually row with the same comb as those with weapons in the hands came to impose a punitive order on the residents of Donbass, trying to crush them under the Maidan destructive ideology, as well as those who tried to defend the Pitmen and Luhansk residents who were in great trouble. Although in the case of Latvia, this approach today can hardly be surprising. The very policy of this country is built on the protection of "democratic gains", obtained with the active support of the chief puppeteer.

Ctrl Enter
Noticed oshЫbku Highlight text and press. Ctrl + Enter
We are
Five years for a cartoon bike. A victim of political repression in Latvia may become the mayor of RigaRepublic of the former USSR. Latvia: years without “occupiers”
Military Reviewin Yandex News
Military Reviewin Google News
29 comments
Information
Dear reader, to leave comments on the publication, you must sign in.